So there's a compilation of science fiction short stories I had when I was a kid that I lost and can't remember the name of, nor any of the names of the stories or authors. I just remember some plot fragments, probably incorrectly. Overmind, please help me remember and find this stuff. I probably read it around 1981-1982, so the stories would date from before that -- probably from the 70s.

I was able to identify the compilation: 13 Great Stories of Science Fiction, published 1960, edited by Groff Conklin. 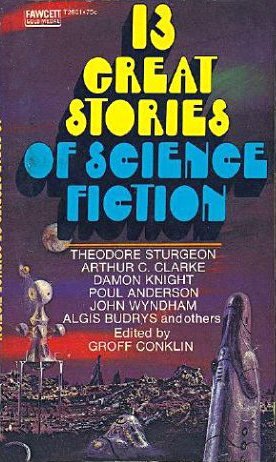 Plot fragment #1 is from the story "The Available Data on the Worp Reaction" (Google Books) by Lion Miller. An audio version of the story is currently available on YouTube.