How did Secret Wars fit into regular comics continuity?

In it, a bunch of heroes and villains are transported to the far reaches of the universe, and (in a surprising turn of events for a comic book) fight each other a lot.

My question is: how was this tied in with the continuity of the comic series in which these heroes were regularly appearing at the time?

Secret Wars was published between May 1984 and April 1985. I’m pretty sure that, for example, Amazing Spider-Man and Fantastic Four didn’t stop publishing for a year while we saw what the heroes got up to on Battleworld. But the events of Secret Wars certainly had lasting consequences for the characters:

Spider-Man got a mysterious alien suit, and the Thing even left the Fantastic Four and stayed on the planet.

So how were these events integrated? Were the Secret Wars not referred to in the participants’ regular titles until they were over, and was there then a break in storylines in the regular titles to allow for Secret Wars to have happened? Or was Secret Wars pre-planned, meaning regular series could show post-Secret Wars events even though Secret Wars hadn’t finished publishing yet?

God bless the internet: here’s a fantastic guide that details all of the regular series issues that tie in to Secret Wars:

As mentioned in other answers, the degree of integration varied between titles. Here’s some indicative examples of how it worked:

Readers didn’t see Spidey acquire the black suit until Secret Wars #8 (Dec 1984), but at least some of its abilities were shown before that, for example in Amazing Spider-Man #255 (Aug 1984).

Mr Fantastic, the Human Torch and the Thing are transported from earth at the end of The Thing #10 (Apr 1984).

The Thing #11–22 (May 1984–Apr 1985) then chronicles the Thing’s time spent on Battleworld after the end of Secret Wars, despite being released at the same time as the Secret Wars issues.

The departure of (three of) the Fantastic Four is also shown as a flashback from the Invisible Woman’s perspective in Fantastic Four #265 (April 1984), as is their return from Battleworld with the She-Hulk in place of the Thing.

The Avengers are transported in Avengers #242 (Apr 1984), and return in the next month’s issue.

This must have somewhat undermined the tension when the Wasp “died” in Secret Wars #7 (Nov 1984).

In the canon Marvel Universe

It was integrated, sometimes clumsily, sometimes haphazardly. Some comics mentioned it more than others. Spider-Man did because Spidey came away with his cool, black symbiotic costume. Others barely mention it at all. It was much better integrated with Secret Wars II. 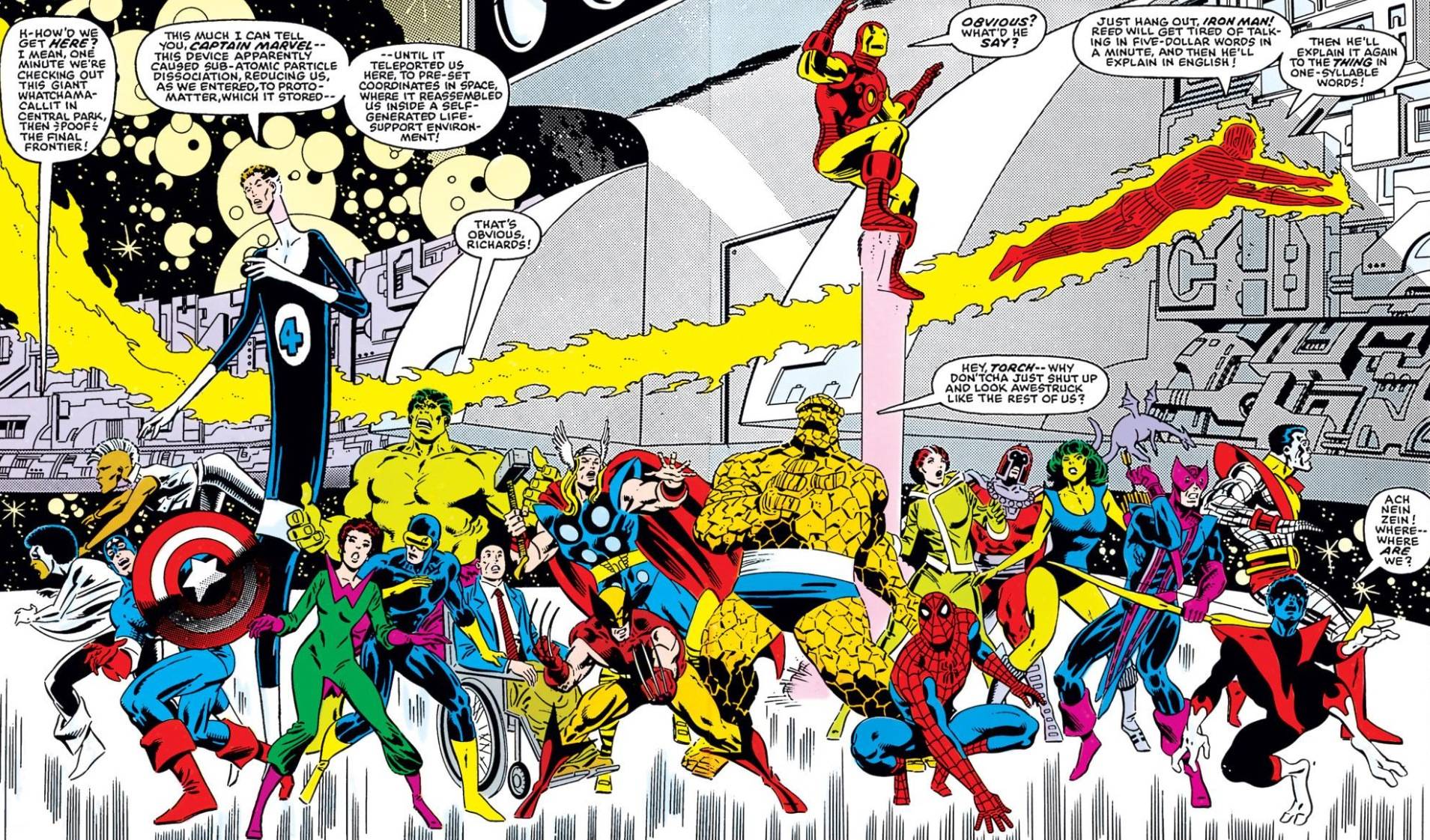 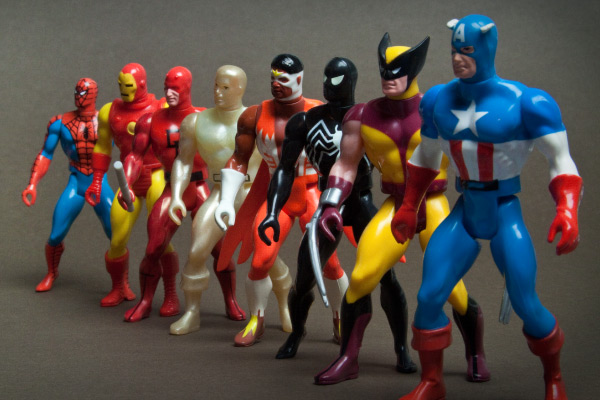 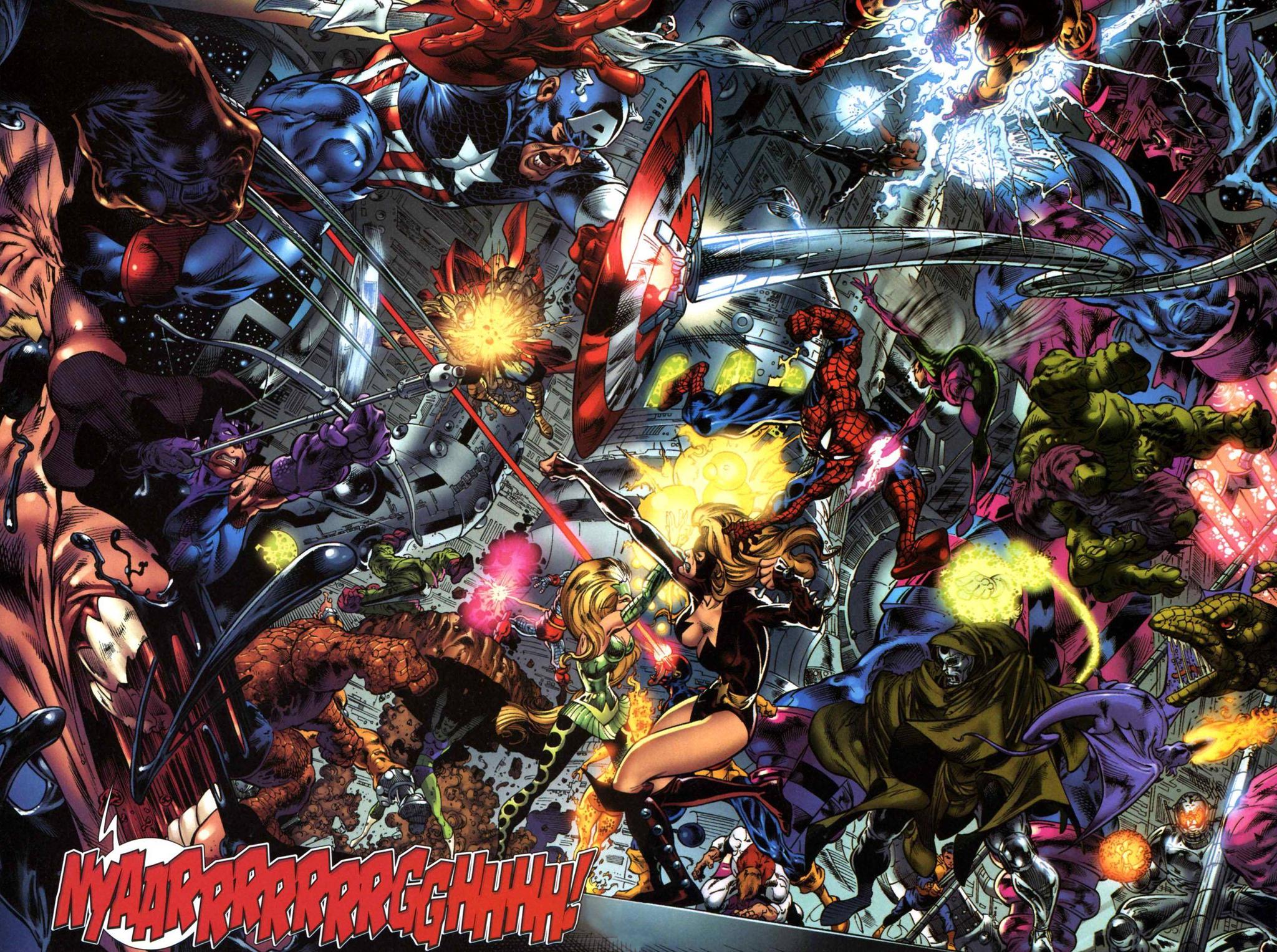 I don't know about other series, but from what I recall (it was 20 years ago) the Spider-Man comic did stop during the run of Secret Wars, and was replaced with an out-out-continuity comic called "Spidey" aimed at younger readers. It was even mentioned in a letters page in an issue of Secret Wars

Caveat: I lived in Britain at the time, which had it's own print runs of Marvel comics, in a different (larger) format. Your mileage may vary for other countries.

Not the answer you're looking for? Browse other questions tagged marvel avengers spider-man continuity fantastic-four or ask your own question.

5
Is there a translation for the alien language used on Battleworld?
4
Continuity of characters and timeline in comics during crossovers

28
How do regular people in the Marvel universe distinguish between mutants and mutates?
2
How is the timeline of Marvel established amid the multiverse, reboots, etc?
2
Which continuity does the 2015 Amazing Spider-Man comic take part in?
4
Is Battleworld part of All-New, All-Different Marvel?
3
Which comics do I need to read for the story behind Thor and Loki's new female versions?
7
Did Molecule Man really recreate the universe in Secret Wars (1984/1985)?
4
Why can Professor Xavier walk in Secret Wars?
7
Is the mainstream Marvel universe still referred to as Earth-616 after Secret Wars (2015)?
5
Is there a translation for the alien language used on Battleworld?