Where did Star-Lord get the troll doll?

At the end of the Guardians of the Galaxy movie,

Star-Lord tricks Yondu by giving him a troll doll instead of an infinity stone.

We know that when Peter Quill (a.k.a. Star-Lord) was abducted he had on him the cassette player (with the Awesome Mix), as well as the gift his mother had given him. I think that we are to assume that since troll dolls were all the rage in the early eighties that the troll doll was Peter's from childhood and that it also came with him during the abduction.

Here is my question: do we actually see Peter in possession of the troll doll at any point in the movie prior to the end, or are we just supposed to assume it was on his person during his abduction?

When young Peter Quill is abducted from Earth, he is wearing not only the cassette player but also a backpack. Although we never see the contents of the backpack, it is safe to assume that the troll doll and other objects were located in the backpack. Most boys his age in 1988 would have also had a couple of slap-straps in there and at least one Transformer or G.I.Joe figure as well.

UPDATE: As mentioned by Himarm, there are a couple of scenes in the film where you see a wide shot of Peter's "Earth Shrine" onboard the Milano, and it does indeed have numerous little "artifacts" surrounding it (including at least one troll doll). Most of these items were likely in Quill's backpack at the time of his abduction.

I couldn't find a clear shot of the backpack, but in the image below you can clearly see the strap on his left shoulder: 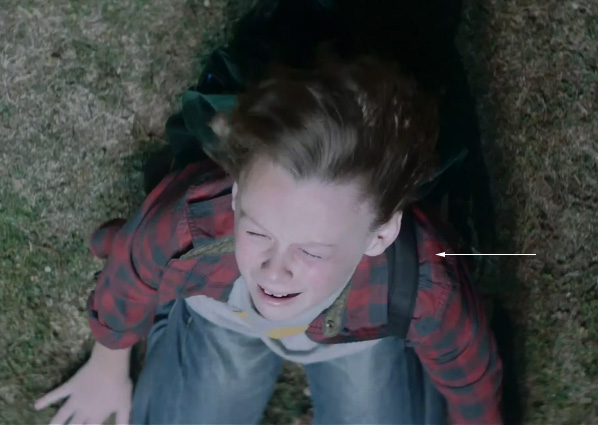 As @souichiro mentioned, the troll doll is in at least one earlier scene.

For example, after Peter first obtains the orb, it can be seen by his tape deck.

11
In what order do the Awesome Mix Vol 1 songs appear in Guardians of the Galaxy?
75
Why did Peter Quill wait 26 years to open his mother's gift?
46
How did Star Lord's mix tape and Walkman remain in a good condition after such prolonged use?
13
Is there music in space?
7
Why did Yondu not deliver Peter?
1
What did the letter from Peter Quill's mother say?
3
Why didn't Ego create another copy?
9
Is this supposed to be a Little Prince reference by Ego?
40
"Guardians of the Galaxy" soundtrack and Quill's "Awesome Music Mix"