Issue of the Flash where Max Mercury's love interest dies

I am looking for a scan, or at least the issue number for an issue of The Flash from the mid-late 90s. I recall it as possibly the conclusion to a story arc.

Anyway, as the police are handcuffing the villain at the end of the issue, the Flash, Max Mercury and maybe another character are talking and the villain takes a cop's gun and shoots. There is a page or two of the villain shooting in slow motion as Max explains that people have a misconception that speedsters cannot be caught by surprise as Max's love interest gets shot.

Not The Flash, but one of the latest issues of the 90s Impulse run; more precisely, issue #75 (2001), which was the finale of the "Dark Tomorrow" arc.

While Bart and his friend Carol are in the future to settle the mess it has became, Bart's future self describes how Max and his daughter Helen (not his love interest) were handing a villain to the police, when said villain took advantage of an unfocused cop and began shooting. Max caught most of the bullets, but when he saw Helen being targeted at point blank, he froze.

Sometimes people forget. That despite all of our speed, we're still human beings. We still can be startled or stunned or shocked. We can still be taken by surprise.

Later in the issue, Bart changes that past and the scene is told from Max's perspective. Below are the two versions. 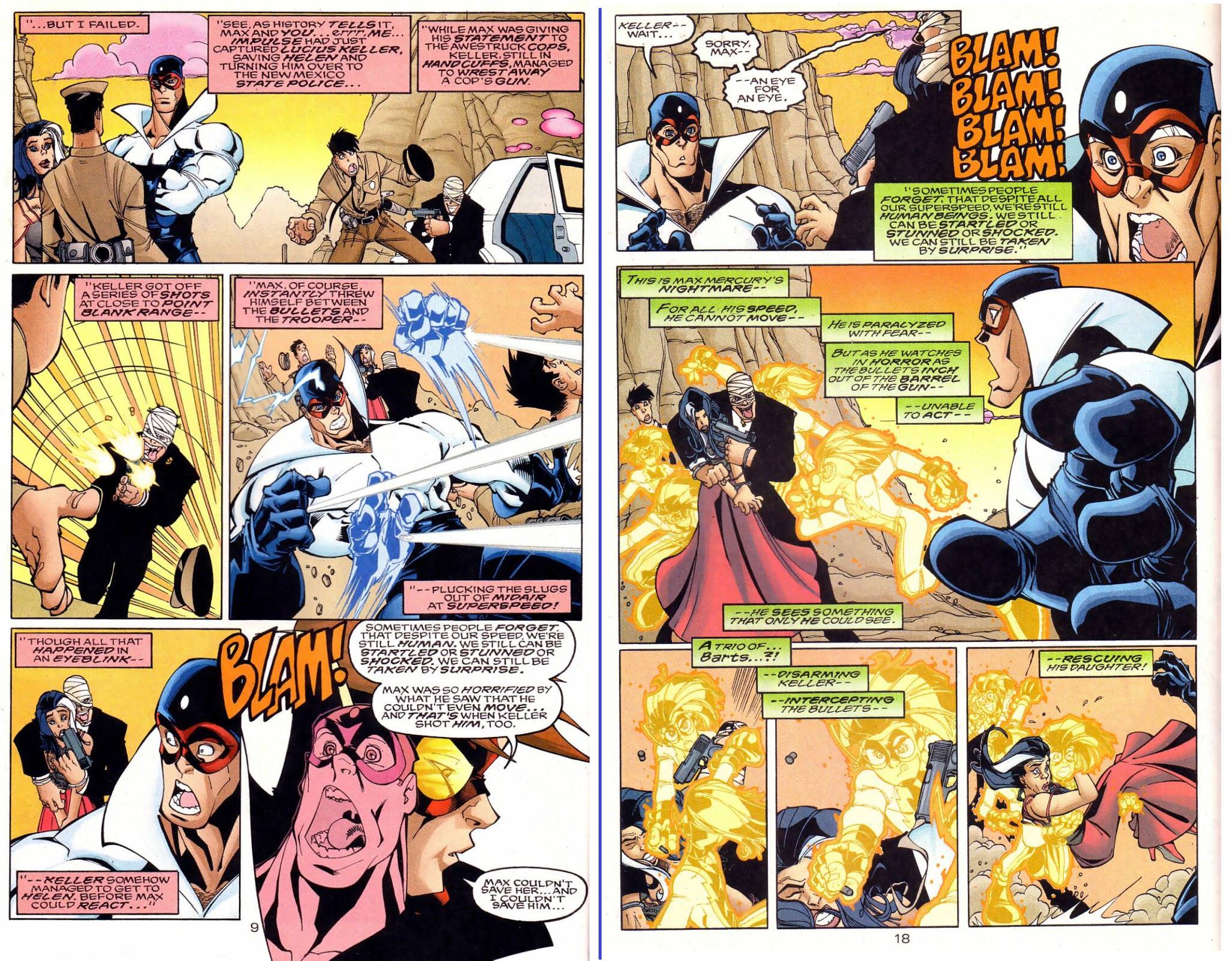 Not the answer you're looking for? Browse other questions tagged story-identification dc comics the-flash or ask your own question.

11
Can The Flash think faster?
7
How can Flash control where he time travels?
5
Does the Flash sweat when running?
4
What happens if The Flash trips?
4
The Flash (Vol. 2) where Wally West casually fetches the Cosmic Treadmill from the past under his own power?
16
Can the Flash run backwards?
19
Is the Flash always fast?