When the 9th Doctor took Time Vortex from Rose just for few seconds, his cells started to die leaving him no choice but to regenerate.

Previously, Rose possessed Time Vortex for several minutes (She spent time in TARDIS while coming to The Doctor from 21st century and then her dialogue time while killing Daleks etc), but she didn't die. Why?

Provided that humans are softer than Time Lords and she possessed Time Vortex for longer duration, why didn't she die?

I believe her conversation afterwards indicates that it's more like she was possessed and the TARDIS kept her safe, as it was her plan to save The Doctor.

We know that the TARDIS is conscious (6x04 The Doctor's Wife), and Rose also seems to indicate this in her line:

Sure, the Doctor corrects her ("You looked into the time vortex. Rose, no-one's meant to see that."), but it may be that The Doctor simply doesn't realise this yet (As until The Doctor's Wife, it had been established that only later model TARDISes were known to be conscious).

With all this in mind, I think it makes her final conversation with The Doctor more meaningful:

The Doctor: Don't you remember?

The Doctor: That's right, I sang a song and the Daleks ran away!

Rose: I was at home... No, I wasn't, I was in the Tardis and there was this light. I can't remember anything else. 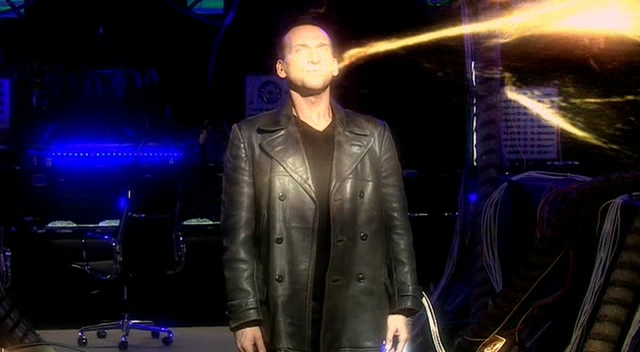 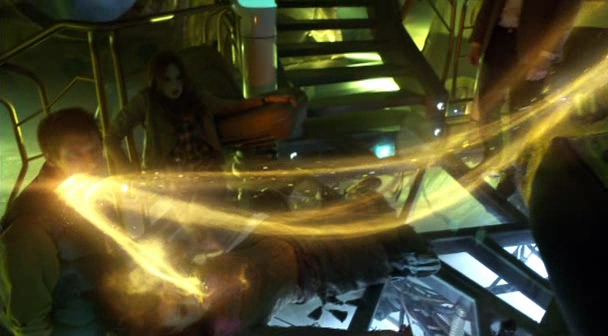 As to why it still caused The Doctor to die, that may be because Time Lords are already operating on a similar plane of consciousness to the TARDIS, as the Doctor hints at:

Rose: I can see everything. All that is, all that was, all that ever could be.

The Doctor: That's what I see, all the time.

Which would make the effect of having another consciousness inhabit their own even more stressful on their physiology than on a human.

12
Why didn't the Doctor become a vengeful God when he absorbed the Time Vortex?

42
How are the Daleks able to continually survive genocide?
2
Why were the enemies attacking in "The Time of the Doctor"?
21
Why does the War Doctor regenerate?
10
Why didn’t the Doctor give Rose some regeneration energy?
12
Why didn't Rose turn into a baby girl when she looked into the heart of TARDIS?
26
Why didn't Clara die when traveling outside of the Tardis?
7
Are "Bad Wolf" signs permanent and fixed Spacetime entities?
5
During the Time War why didn't the Daleks blow up at least one TARDIS while in the Time Vortex?
12
Why didn't the Doctor become a vengeful God when he absorbed the Time Vortex?
1
Why didn't The Doctor die after Wilfred knocked four times on the door like the prophecy in the End of the Time episode?