How long is the train in the Snowpiercer?

I could not find any information on how long the train is in Snowpiercer. I know there is a Graphic Novel the movie is based on. Is there any indication in the graphic novel as to the length of the train.

then the length is going to be 26,026 meters long plus the length of the engine, which would need to be very powerful so probably quite big! (For those reading in imperial that's just over 16.15 miles)

The caveat with any answer to do with railways is always that there are different gauges in different part of the world (and country) so the only real answers is that it's 1001 carriages long.

Martin and Richard both have great information regarding the graphic novel and the physical set of Snowpiercer, but the director, Bong Joon-Ho, has also gone on the record specifying the size and length of the movie-universe Snowpiercer.

Including the engine, there are 60 cars at 25m each, totaling 1.5km in length. 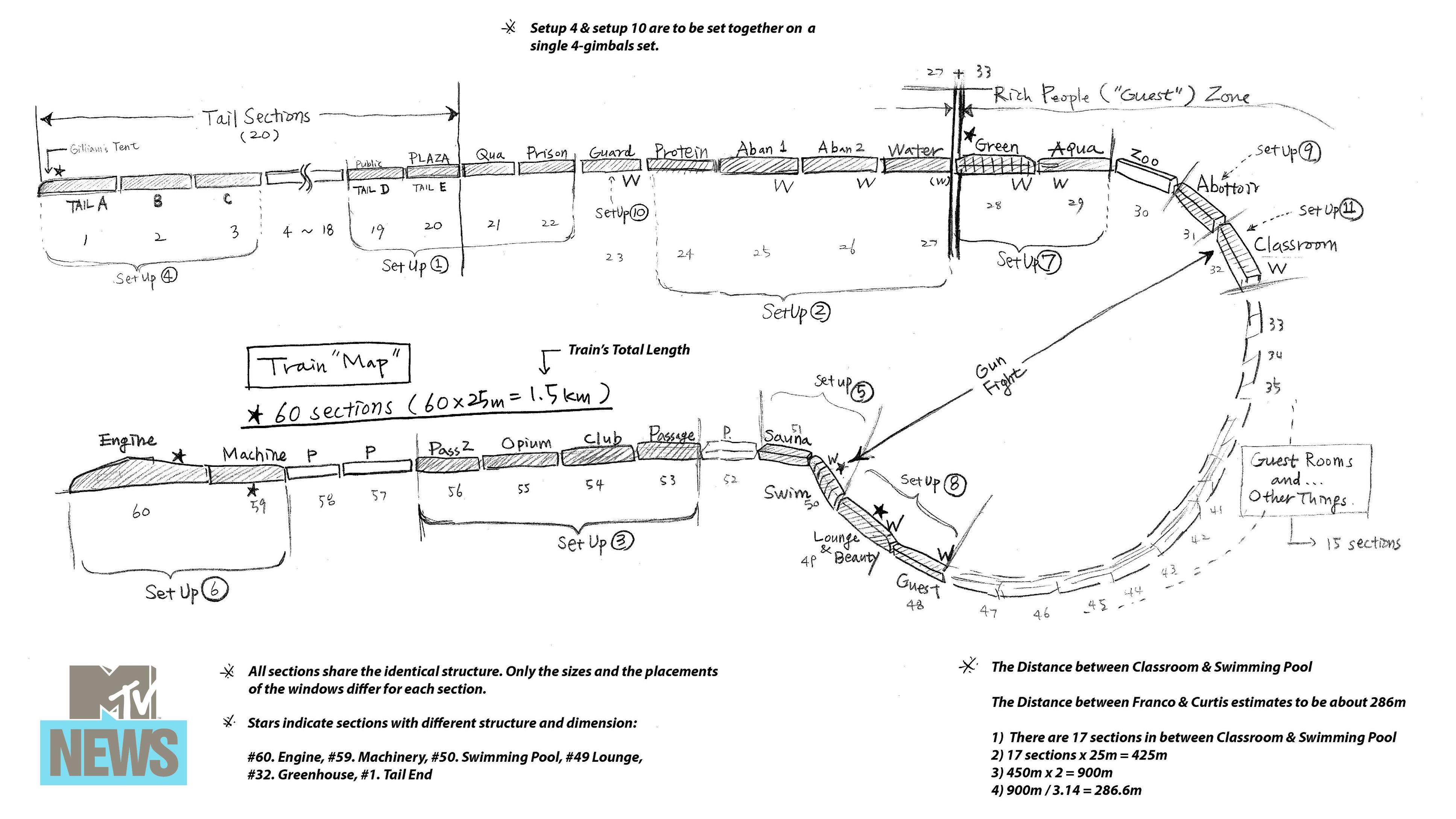 Adding to @MartinJevon's excellent in-universe answer, according to this interview with the film's director, the real-world train set was some 650 meters in length.

A visualist if ever there was, Director Bong described the process of designing 'Snowpiercer'. “We designed and built 26 different train cars [650 meters in total length], but because we had a limited budget, we had to plan ahead and use everything that we shot. But if you look at it on a bigger scale [for example], you can take the greenhouse section and the water section of the train, and divide it in two. . .you get to the greenhouse, and after that, you see the aquarium and the swimming pool, and you see where all of the rich people live. It is one train, but you see two different worlds inside of it. And then, at the very front is the engine. The design of the engine is different from the comic book.”

Not the answer you're looking for? Browse other questions tagged snowpiercer or ask your own question.

8
Does the internal layout of the Snowpiercer train require lots of suspension of disbelief?