Why is the Redverse from the 3rd season more advanced than the one seen in the 1st season?

In season 1 towards the season finale, Olivia seems to cross 'Over There' unwittingly, and it seems 'Over There' is very similar to 'Over Here.' But when they cross over again (Walter, Olivia and the other Cortexiphan kids) and afterwards, it seems like it is way more advanced 'Over There' than we first saw in Season 1.

Why did this happen? I'm assuming 'Over here' and 'Over there' are similar with time transcurrence.

We see very little of the other universe in season 1, so I'm not sure where you're getting the idea that technology was less advanced "over there" in season 1 than in later seasons. They may not show any examples of particularly advanced technology in the brief scenes of Olivia crossing over, but absence of evidence is not evidence of absence, and in fact there is some behind-the-scenes evidence that the creators already intended the technology to be more advanced, in the form of the New York Post prop which was seen briefly in the episode: 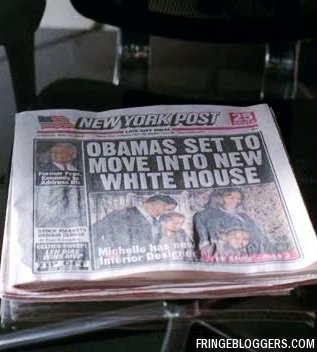 This page says that a replica of this prop was distributed as part of the season 2 press kit, and it contained several headlines indicating more advanced technology:

FDA approves facial landscaping - a facial reconstruction technique developed by Intrepus. David Esterbrook, the R&D officer at Intrepus is also mentioned. Intrepus and Esterbrook can be seen in the Fringe episode The Cure.

Here's a scan of the sections with those headlines: 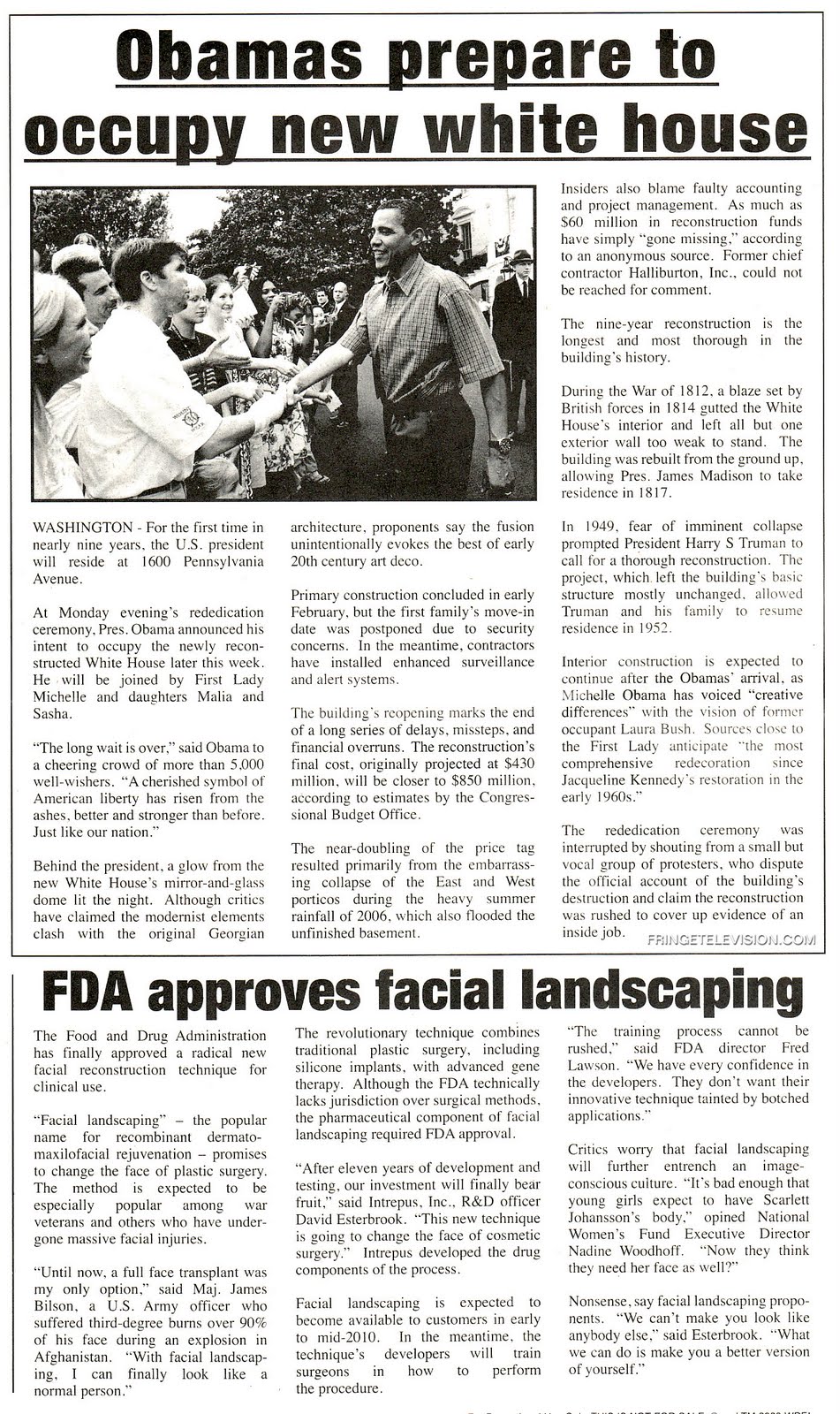 In addition, as shown on this page listing differences between the two universes mentioned in the first two seasons, we also saw more evidence of advanced technology onscreen by season 2, like the season 2 episode "Momentum Deferred" showing the "shapeshifting mechano-organic soldiers" from the other universe, the episode "Jacksonville" which indicated they had CD players in cars by 1986, the episode "Peter" showing they had digital cellphones in the early 1980s, and the episode "Over There, Part 1" which showed they had "Nanite Regeneration technology that can heal third degree burns covering 90% of the body in just 3 months".

16
Is there an in universe explanation as to why the alternate universe is more advanced than ours?

16
How is Colonel Broyles alive again?
29
Why did "Charlie Francis" appear in the Episode 11 of Season 2 of Fringe?
16
Is there an in universe explanation as to why the alternate universe is more advanced than ours?
3
Keeping track of continuities
3
Why are security checks in the alternate universe more severe than the first one?
9
Why doesn't Walter rebuild a window?
9
What is Fauxlivia guilty of in the revised timeline of Season 4?
9
Two Timelines, (Almost) Same Event, but Several Years Apart?
5
Why does Olivia return in such a dramatic way from her visit with William Bell?