As seen through most of the TV series - including Next Generation - the Borg are mostly seen with one or two eyepieces. But the eyepieces are not always on the same side of the face for each different Borg. Is there an in-universe explanation for this? Or is it just the way the producers show differences between them?

The entry in the official Star Trek Encyclopaedia states that Borg implants are added to each drone depending on the needs of the collective.

Different eyepieces are seen because the drones will need different sensing capabilities to do their assigned jobs. It makes little sense to outfit a Medical Drone with the ability to target objects at great distance, for example. 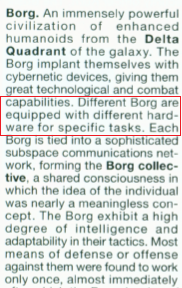 Tactical Drones, for example seem to have long-lens type eyepieces on their right whereas Medical Drones appear to have a microscoping eyepiece with multiple lenses. Normal 'labor/maintenance-type' drones seem to have the bog-standard holographic eyepieces that we see in TNG: I, Borg whereas the Borg Queen's eyepiece seems to be wholly internal.

Regarding the side of the head that the device is fitted to, there are a couple of possible reasons:

Out of universe answer

Gil Mosko, makeup artist for TNG, Voyager and First Contact describes the evolution of the eyepieces over time. The side chosen appears to be totally random, as part of an effort to create a "unique feel" for the alien nature of the Borg.

Brandon: What was it like working on the Borg makeup "upgrades" for Star Trek: First Contact and then carrying those over for Star Trek: Voyager? Specifically, can you give us any insight into the process of enhancing the look of the TV Borg for their big screen debut?

Gil: The Borg had been relatively standardized by the time they were used in one of the films. Like any television to big screen makeup, we had to be more careful about details. The painting of the background became an airbrush process beginning with an off-white background. It then had beige and taupe air brushed in a mottled pattern. Every hose that connected to skin had a foam transition. These looked almost like bullet hits, and then the tubing was glued to the inside circle. Our use of “mechanical” looking parts became more flamboyant. We were even provided with the centers of electronic wristwatches that would have moving elements inside them.

Michael Westmore, Makeup Supervisor for TNG, Voyager and First Contact seems to be suggesting that the eyepieces were styled to fit the headpieces, rather than the other way around;

How has the Borg make-up evolved?

I had to figure out what to do with the hands and the head. They had these helmet-like devices on that had openings in them, and they could be scarred. It was a very quick make-up that way, the helmets were all pre-painted, even if there was a hole and an opening, that area could have been pre-painted with the same colour make-up that we'd use on their face.

It was just a matter of putting a foundation on their face, air brushing some shadows into it, slipping the helmets onto them and just gluing down around the edges and putting on the eye piece, of which the original eye pieces didn't have any mechanical workings or lights to them at all.

In universe, we are given just enough technobabble to relate to whatever story elements are needed. 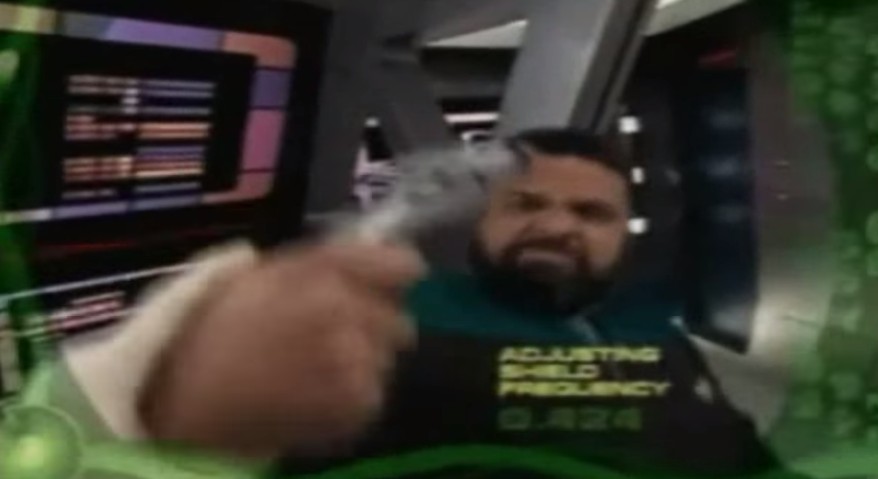 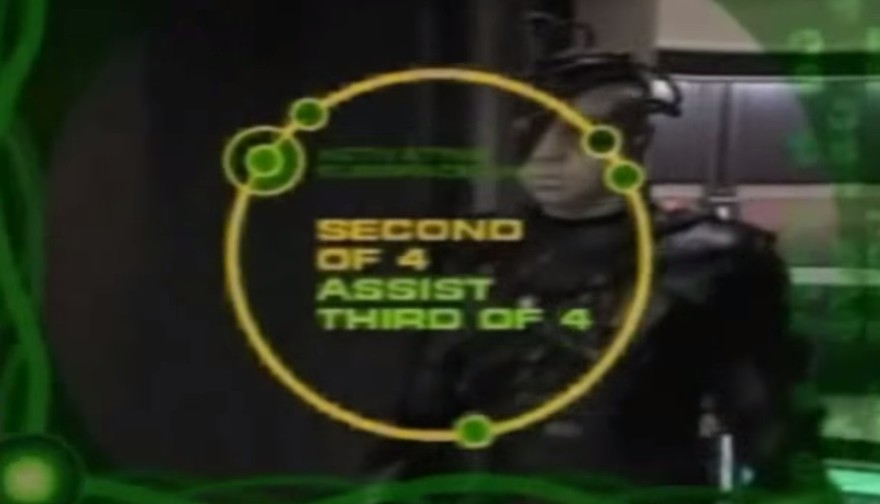 The nature of these implants varied from drone to drone, depending on its intended function. We know that all Borg are, upon assimilation, infected with Borg nanoprobes to facilitate the use of Borg implants and connection to the Borg Collective. The basic Borg implants include:

The eyepiece must be significant because even infant Borg are outfitted with them. 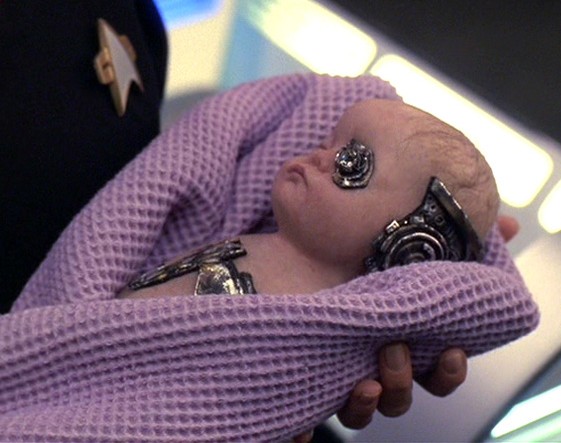 There is one Borg who I can think of that has no eye prosthetic at all: Locutus of Borg.

This suggests that the addition of such a prosthetic is a function of the Borg's purpose in the collective. Most Borg are drones, designed to serve simple, repetitive functions.

Locutus is special, in that he is an 'envoy' of the Borg. Thus he has an unobstructed face to make him as recognizable as possible.

This at least answers why certain borg (Locutus) have no eye prosthetic. And I think the other answers give good reasons for why other Borg might have eye prosthetics on either side.

4
Are the Borg considered 'living' within the Star Trek universe?
10
Do the Borg really only assimilate civilisations, not individuals?
5
Borg nanites prior to First Contact and “Scorpion”
15
Why are Star Trek ships (mostly) built by hand?
11
Wouldn't a Star Trek mirror universe become unrecognisable within a few generations?
6
Strange orders and plot-points in TNG: “Descent”
25
What does “The Best of Both Worlds” refer to?