Who is the woman at the end of Dr Who episode Deep Breath? (Season 8 Ep 1)

In the episode Deep Breath, after

Half Face Man, the leader of the Clockwork Droids, dies

He has in fact reached the "promised land"

Except of course, she appears to be lying.

Who is she and why does she want him to think that he has arrived there?

At the moment it's not clear who she is, other than that her name is Missy. This was her first introduction to the show, as far as anyone knows for sure. It's all speculation at this point, but I've seen it suggested that she's the woman who gave Clara the number for the TARDIS, which would make sense as the question is raised earlier in the episode. It's also been suggested that she may be Riversong in the Library, as she makes reference to a romantic connection with the doctor, and the "heaven" she is in may be the simulated reality that The Doctor left her behind in in the library.

More concretely, her character was originally to be named The Gatekeeper of the Nethersphere, but that was either changed or has yet to be introduced. It may be that the Nethersphere, whatever that is, will play an important part in this season.

That was Missy. She is a new character (perhaps, villain?) in season 8. As to why she lied to/interacted with him is up for speculation at this point. 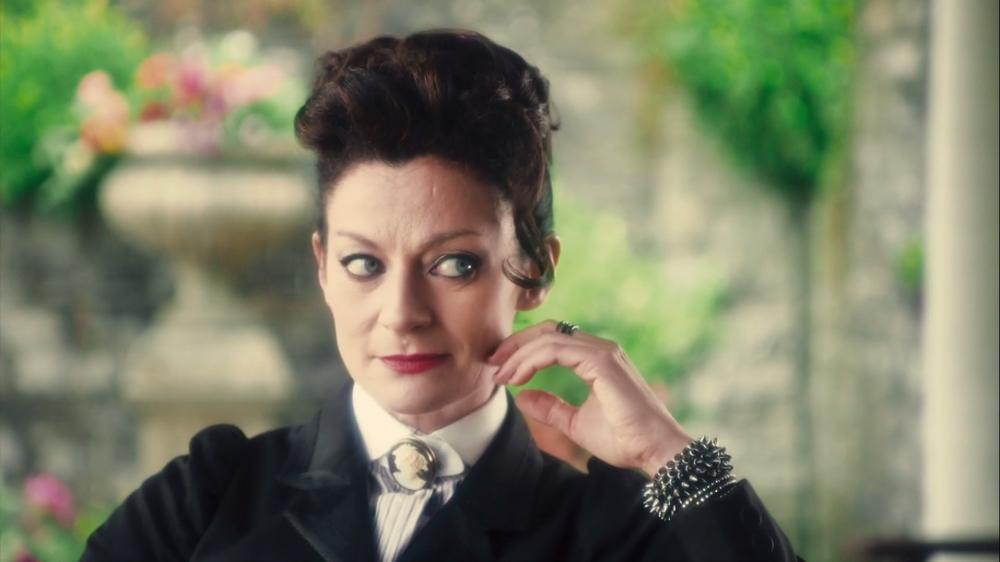 In "Dark Water", we learn the following:

Missy is the short for Mistress, which is the female form of Master.. and that the Doctor should not have left him for dead ! Congratulations to tilley31 ! You guessed right !

Long version: She introduced herself as "Missy" and other than that, the only thing we know about her is that she hints at a romantic relationship with The Doctor.

Given the line earlier in the episode where The Doctor says that "Somewhere out there, there's a woman interested in keeping us together", it's implied that not only did she give Clara the phone number to the TARDIS, she also placed the ad in the newspaper about The Impossible Girl.

As for her identity, to me it makes sense that she's some incarnation of River Song in whatever virtual reality Ten uploaded her into; after all, the half faced man is a robot (albeit a very mechanical one) and a virtual reality is a little like robot heaven.

15
Who is the eye patch woman?
9
What is the name of the new bad guys in Dr Who episode Deep Breath? (Season 8 Ep 1)
5
What are the things in Dr Who, Season 08, episode 10?
5
What happened to the Half-Face Man?
2
What's special about "Deep Breath: Bonus Edition"?
5
Who was the woman signing books in The End of Time?
8
Who was the woman in 'Turn Left'?
57
Who is/was the first woman Doctor Who?
3
In Doctor Who - "The Woman Who Fell to Earth" why didn't the Doctor know she was now a woman?