Is Doctor Fate's belt a magical item like the Helm of Nabu or the Cloak of Destiny?

I know that the main items associated with the Dr. Fate are the Helm of Nabu, the Cloak of Destiny and the Amulet of Anubis. In many representations of Dr. Fate he has a peculiar belt. Is this a magical item too? Are there other elements of his outfit with magical properties?

I understand that gloves for example might be not. Although in Kingdom Come Alex Ross uses them, probably is just to point where his hands are and to show he is casting spells. Are there other items, such as a staff, that are magical but he won't carry or wear on a regular basis (beyond all that equipment that he might have on his Tower of Fate)?

The cincture of Doctor Fate seen in most (but not all of his iterations) does not possess any special abilities. Nor does Doctor Fate utilize any of the more common devices of sorcerers, enchanters or magicians such as staves or wands. The core of Fate's vast magical and superhuman ability is derived from the Helmet of Nabu. 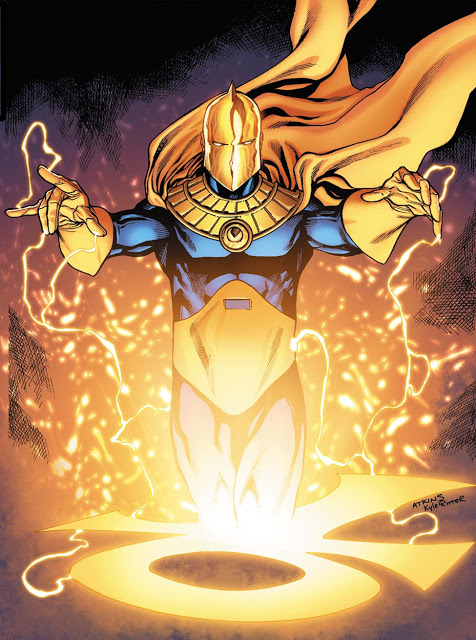 The only time any of the good Doctor's normal equipment was different from his standard lineup of Helmet of Fate (housing the spirit of Nabu), Cloak of Destiny and Amulet of Anubis was when Nabu was removed from the helmet and it became a half-helm allowing Doctor Fate's lower jaw to be seen. He would also not use his cape as often and would be seen utilizing superhuman strength like a more traditional superhero. 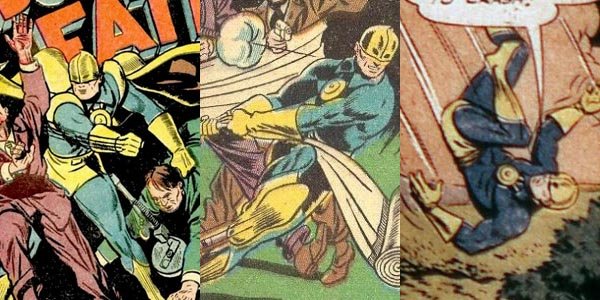 There was a brief time when the helm, cloak and amulet were transformed into a dagger, a bandage and an ankh and worn by Jared Stevens known as Fate. 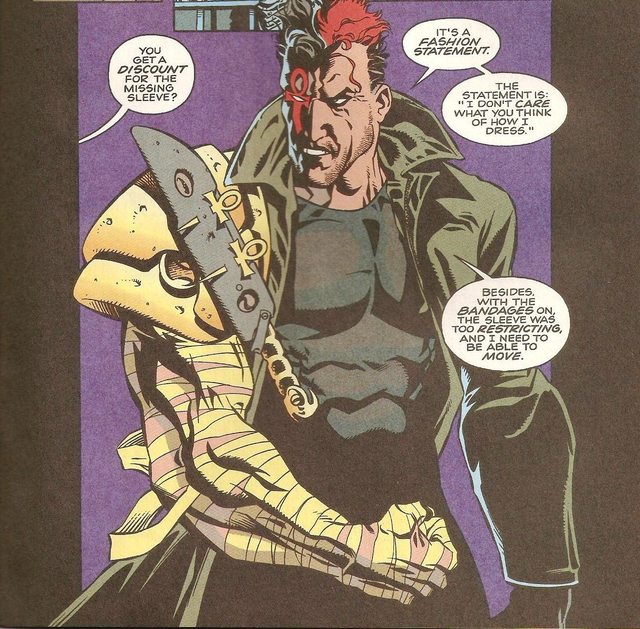 In one of his last incarnations, the descendant of the original Doctor Fate, Kent V. Nelson, the amulet is now part of his belt but otherwise he is still using the same amulet, cape and helmet ensemble. 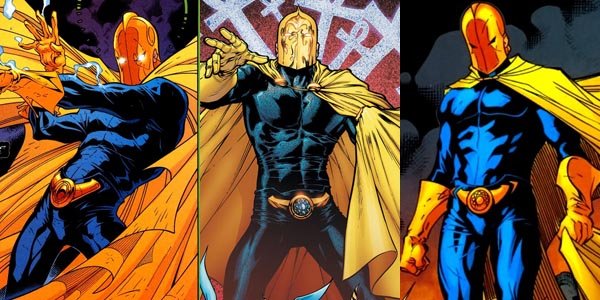 15
What would the Flash's tracks look like in damp sand?
10
What was injected into the doctor at the beginning of The Dark Knight Rises?
10
What evidence confirms or denies the existence of Robin's utility belt?
9
What is the source of magical energies in the DC Universe?
14
Is there an anti-magical material similar to DC Comics “Nth Metal” in the Marvel Universe?
3
What are the different countries whose magical heritage is shown in “Constantine”?
3
What was the stuff Dr. Destiny attempted to inject into batman?
7
In Constantine, what were the ring-like items Isabel threw?