Does the Universal Translator also translate controls and control panels?

In the series 7 episode of Star Trek: Voyager, "Nightingale", Ensign Kim repairs and takes control of a Kraylor ship.

I'm curious at the ease at which Kim fixes the warp matrix using the control panel. Does the UT also translate the control panels and displays? The Memory Alpha article on the UT suggests that it does, but doesn't out and out say it.

Is there a canonical statement of the UT's ability to also handle visual languages, not just aural?

There is at least one episode where written language was not translated by the Universal Translators in the comm badges.

In the TNG episode Contagion:

On the surface of Iconia, the away team cannot establish contact with the Enterprise. Picard and Data attempt to make sense of a large console in the Iconian control room. Data determines that the Iconian language shares enough common roots with other languages to enable him to develop a working understanding of the controls. This understanding proves to be somewhat less than working, as Data's attempts to engage "manual override" result in the appearance of a gateway. A series of landscapes and architectures cycles through the gateway.

Clearly the language was translatable, but was not translated. The only difference is that this particular language was never spoken during the episode, and Universal Translators usually use speech to translate.

Although I too cannot pinpoint which episode Richard is referring to in the comments, I suspect that alien speech was heard during the episode, and yet the translation did not extend to the written language.

Then again, most of the time, people automatically know what alien tech does seconds after seeing it for the first time... 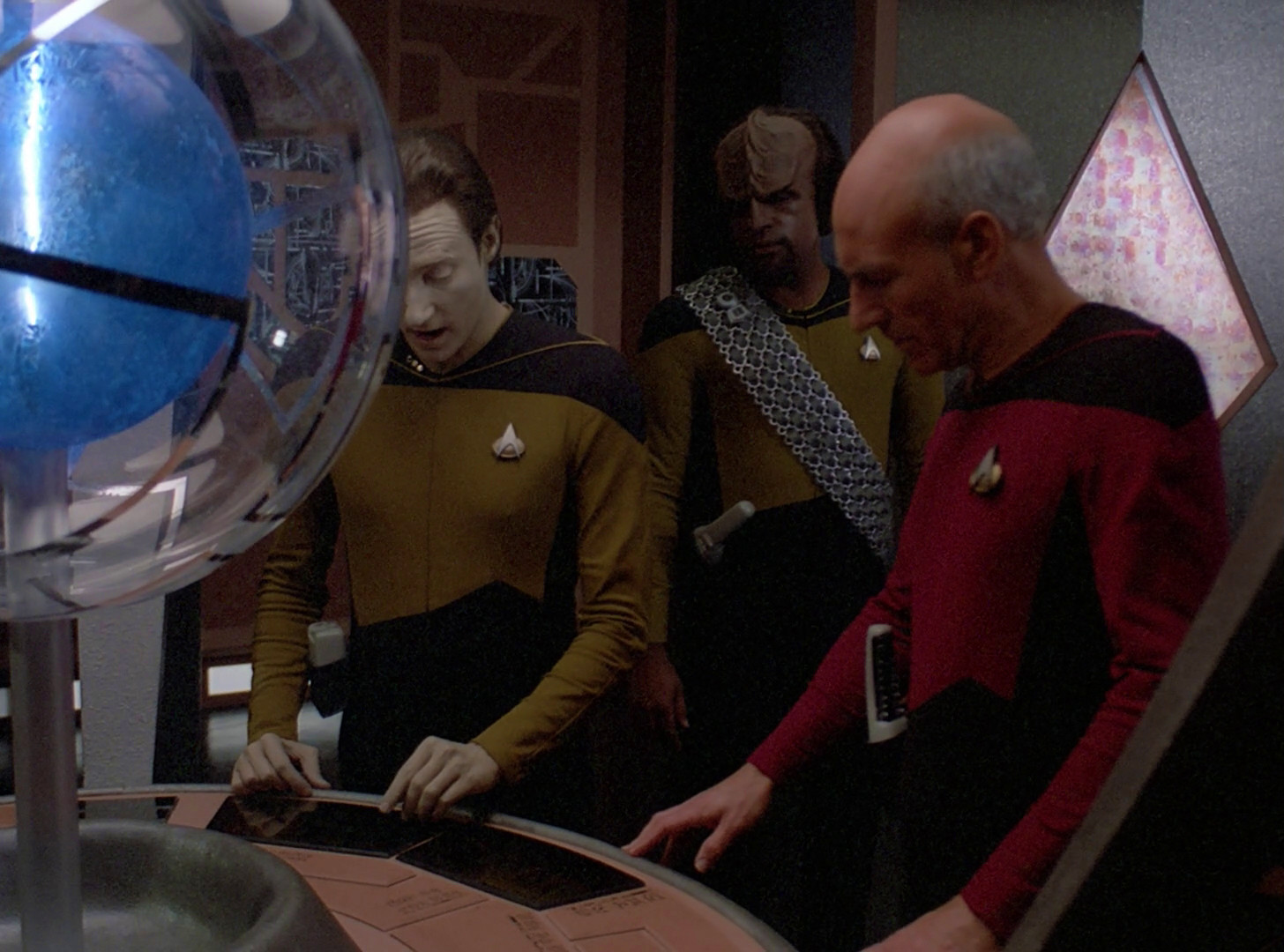 Not the answer you're looking for? Browse other questions tagged star-trek star-trek-voyager universal-translator or ask your own question.

4
Effectiveness of Universal Translator in translating a book
7
What languages is Data fluent in?