How tall can Groot grow?

We see in the movie and in several comic books that Groot was able to grow larger. This question came about because I was debating with a friend on who was taller, Ant-Man or Groot, because both can grown in size and Ant-Man is limited to 100 feet.

I looked around for quite a while and the best thing I got was 12 feet for Groot. But that can't be if he’s able to grow so tall. So the question is, how tall can Groot become, and if we can't find a good estimate, is it at least or close to 100 feet?

In terms of your question, Giant-Man at his tallest would be far taller than Groot has ever been seen to grow. However, when Giant-Man was at that size, he found it difficult to do much of anything useful and preferred to stay about 18-30 feet tall, giving him strength and some degree of mobility.

In his first appearances (in Tales to Astonish) Groot was seen to be over forty feet tall. Note the buildings he stands next to and the truck he is entangling on the ground beneath him. 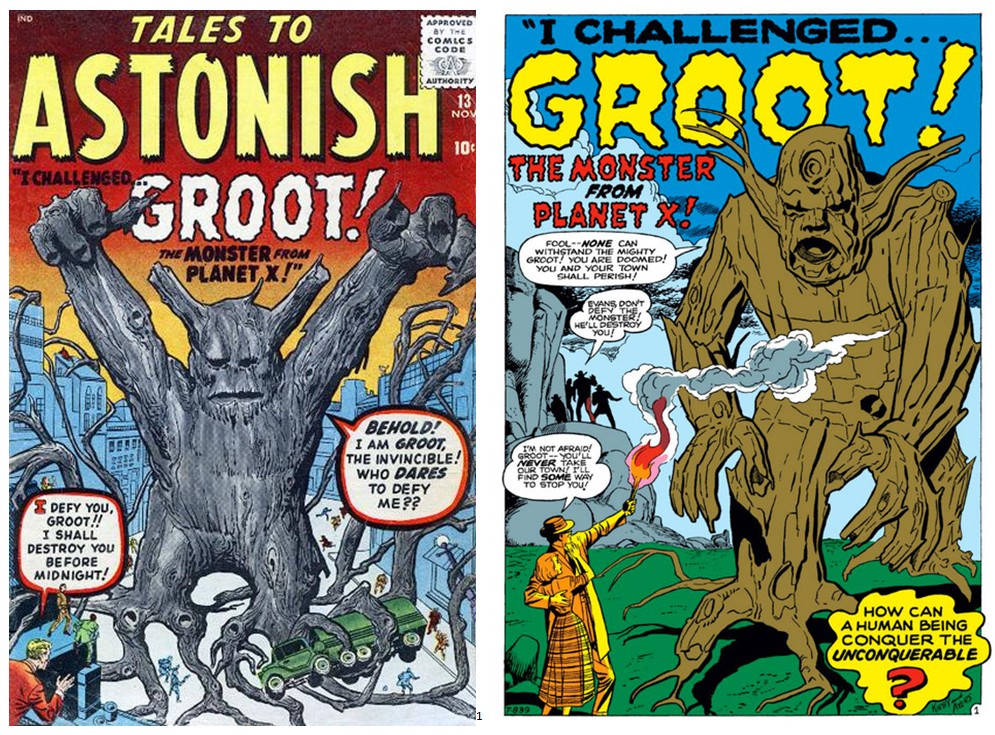 It's noted the larger he was, the slower and stiffer he was, possibly due to his increasing mass and the square-cube law that Marvel rarely applied later in its comic depictions.

When we meet him again in his Guardians of the Galaxy appearances, he is much more slender and averages about 18-24 feet during his time with them. This appears to be an ideal fighting weight, making him strong and durable enough to be a threat to the Phalanx warriors, for example. 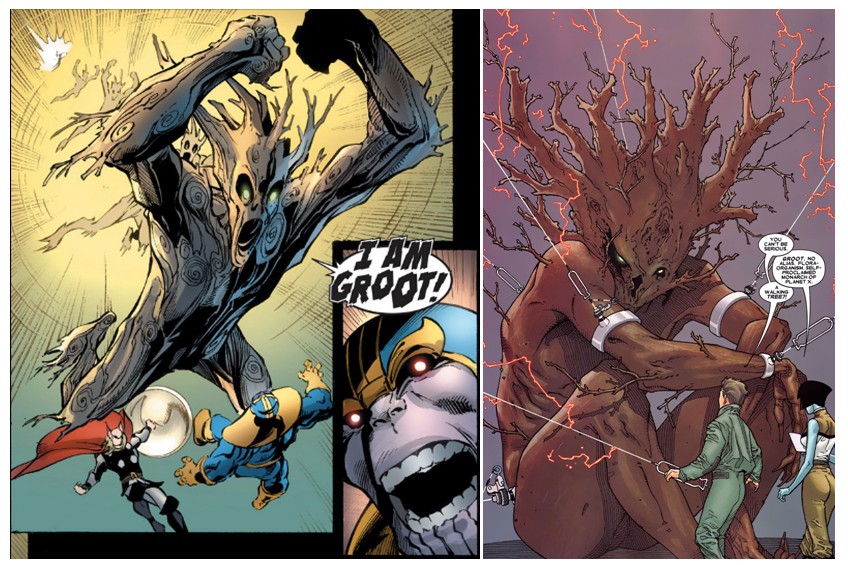 His most recent depictions (particularly in the movies and the animations) at 8-15 feet tall. 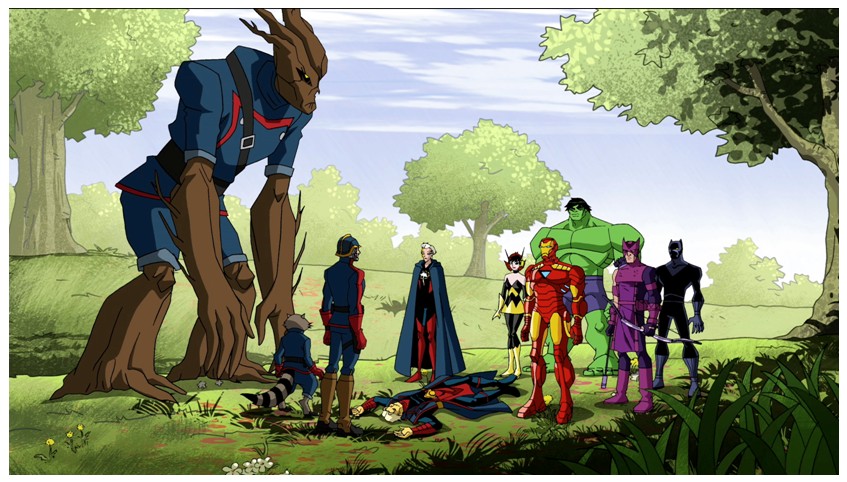 Just be sure... You will see Full-sized Groot and Hulk fight somewhere in MCU. -Vin Diesel

So, it is sure that Groot has a certain height.

Now I researched at marvel.wikia.com and found that Groot's max. Height is 23' 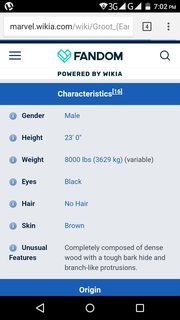 Not the answer you're looking for? Browse other questions tagged marvel groot or ask your own question.

60
Is Stan Lee playing the Watcher in all his cameos?
2
Identify a Spider-Man comic featuring Spider-Man saving Jameson's astronaut son
14
Can Groot be killed?
11
Have Ant-Man's terrifying powers been explored by the authors before?
56
How was Groot able to say “We are Groot”?
12
Did Steve come back on his own in “Avengers: Endgame”, and if so, how?
10
Spider-Man and Fantastic 4 crossover comic with Double Identity Scene