What happened to the Pattern?

ZFT was the cause of the pattern. They were creating situations to try to draw out the abilities of the Cortexiphan children (and others with native abilities), in an attempt to train soldiers for "the coming war" against the shapeshifters coming into our universe.

It is also possible that some of the pattern events were related to actions taken by the shapeshifters themselves; at that early point in the series, Fringe division would not have been able to distinguish a "training exercise" from "real engagement".

At the end of season 1, William Bell (who was funding ZFT and wrote their manifesto) successfully contacted Olivia and brought her into the alternate universe. Presumably this ended the need for the pattern (and training), and marked the start of the actual war.

The shapeshifters, not ZFT, were the primary villains in season 2.

In season 3, we learn Walternate is the one behind the shapeshifter invasion.

The group known as the ZFT was behind the Pattern. They found and followed the ZFT manifesto, but in Season 1 were not led by the person who wrote it. And the Pattern is only indirectly related to the Cortexiphan children in that the group was following the manifesto that mentioned them.

Truth is, it's still really hard to tell where Jones fit in during Season 1. He could have been activating Olivia in Season 1 for the same reason as

he did in Season 4, because Bell planned on using her as a power source. On the other hand, if he hadn't yet made contact with Bell, it could be he was blindly following the manifesto he knew Bell had a hand in, and figured she'd be necessary for the war, but not much else.

But that's diverging from the question a bit. This is the effect of the Pattern, as seen 28 minutes into the Season 1 finale: 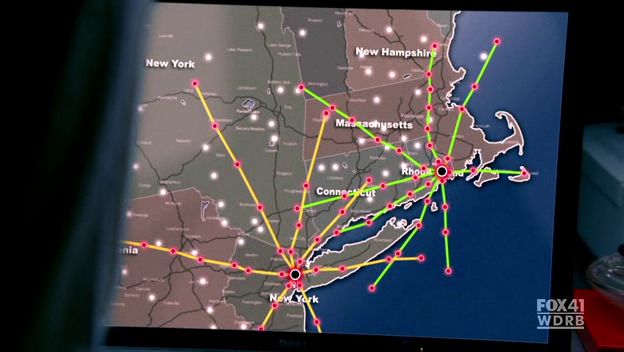 Advancements in science and technology are what are causing the soft spots. David Robert Jones and the ZFT group was accelerating the formation of the soft spots by way of the Pattern-related events, because he planned to cross over and contact Bell, but his device wasn't as powerful as Walter's (and had less chance of upsetting the balance between the universes).

If you look closely, there's several more of the white-dot Fringe events that look like they point to other locations. The times Jones tried to make a portal but failed, he was most likely at one of those locations, because he hadn't yet identified the weakest points between universes.

11
What is the amber substance?
6
With the revelation of Jones's ally/leader in Season 4 how does that change Season 1
5
What did the ZFT warn about?
8
What happened to the parallel universe in Fringe season 5?
4
What happened to Continental drift in Fringe Prime?
9
What is Fauxlivia guilty of in the revised timeline of Season 4?
11
Why did Michael step off the monorail at the end of the Fringe episode “The Boy Must Live”?
9
Two Timelines, (Almost) Same Event, but Several Years Apart?
1
Are the events in “The No-Brainer” part of the pattern?