Why is Melina in the database at Rekall? 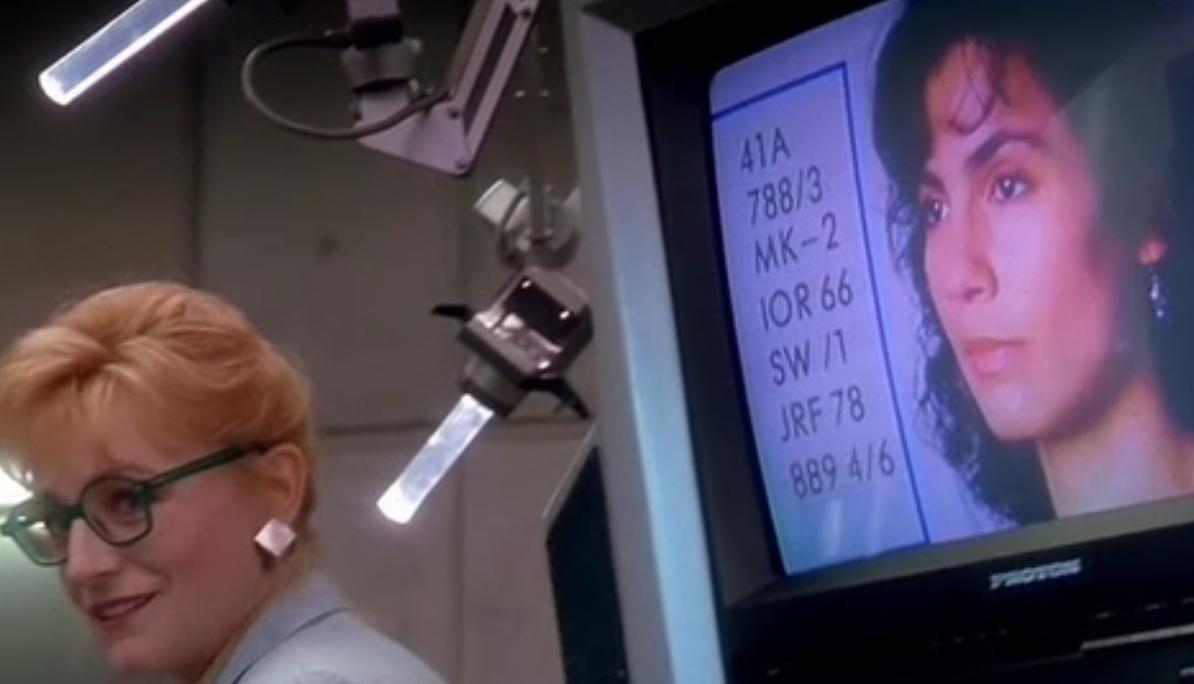 Melina moonlights as a model? Why is she in the database?

There are two ways to read this

Quaid is the real identity. He's a normal working Joe who's suffered a "schizoid embolism". The Doctor even gives Quaid a technobabble explanation when he tells him that he's suffering

"a free-form delusion based on our memory tapes. But you're inventing it yourself as you go along".

Melina is therefore a total fantasy. She's just a composite created by Rekall's photofit software and he's added her to his head trip.

Quaid is an invention of Hauser, right down to his sexual preferences. He's arranged for his local Rekall centre to "trip" his memory cap and start him along his way to Mars.

Since he already knew about Melina (having already made contact with her) and about the alien artifacts, it's hardly surprising that he could get a file photo of Melina and some martian stuff and have it added it to the database.

The second theory is slightly invalidated by Cohagen's statement about Hauser/Quaid having been activated early but there's no reason to assume that Hauser didn't just change the plan at a late stage without letting Richter and Cohagen know the final details.

Interestingly, the novelisation of the film (yes, there was a novelisation of a film based on a short story) has a different take on it. Apparently Melina used to be a model for Rekall.

"By the way," Quaid gasped as if they were doing this for fun. "Ever hear of a company called Rekall?"

"Just wondering." Things were falling into place in his mind, even as they were coming apart in other ways.

The movie actually opens with him dreaming about Mars and about Melina. She therefore appears way before the Rekall visit. And the real question is then, how so? How can she appear in both these unrelated scenes?

I see two competing explanations for each of the scenes:

Why is she in his dream?

A: He met her before and so she appears in his dreams, as a small peek from his suppressed memories of her.

B: She really is his dream girl, which is why she appears in his dreams.... and please note that she is quite opposite of how his wife's looks (and so, I dare say, rather typical for a married and seemingly unhappy man).

The problem is then how these two competitive answers or explanations of the "dream girl" can explain how she also appears at the Rekall lab's computer renderings later on??

A1: Perhaps the Rekall lab is lifting her from his suppressed memory and unbeknownst to them this is the beginning of waking him up and releasing Hauser...

B1: Perhaps, as the Rekall lab is designing his dream adventure and as they question him about his preferences they tab in to his mind and true fantasies in order to render the perfect dream girl to him. Which evidently is the spitting image of Melina, whom we know that he dreams about.. in other words, Melina is his dream girl, and the Rekall system tabs into this...

So my conclusion is; because she appears in his dream in the beginning and at the Rekall lab, she can be rationalized to support either view equally well so this neither really proves anything.

If we look at the whole movie then the dream perspective just makes the most sense to me (if you think about how nonsensical Cohaagens plan is, it really only works if it is dreamt up more or less randomly). And this to me is the real argument.

Essentially this is what the movie is about:

The movie begins with him having a nightmare where he and his fantasy dream girl falls of a mountain on Mars about to suffocate to death, and then he wakes up and avoids this fatal doom of he and his dream girl, yet he feels suffocated in his real life still.

The movies ends with him and his fantasy dream girl falling of a mountain on Mars about to suffocate to death, except they don't as he saved the day a moment before. So he doesn't have to wake up this time and he finally feels free...

Everything in between is just candy. The movie as a whole is about him making his nightmare into a wonderful fairy tale dream.

I think the whole thing might be set up by Hauser. In the 4K version background details become more visible. If you watch the behavior of the receptionist and her facial expressions when he first enters the lab, she seems kind of suspicious. It looks like she’s checking on everything.

Not the answer you're looking for? Browse other questions tagged total-recall or ask your own question.

7
What was the mineral turbinium being used for?
9
Would an unprotected human exposed to the Martian atmosphere be able to recover?
17
Who first implemented the three-breasted character?
10
Did Total Recall take place as the induced dream Douglas chose or as a real event in the movie?
6
Why was film's setting changed from Mars to Earth in the remake?
11
What happened to the missing Martians from the 1990 movie Total Recall?
18
Why did a bead of sweat/tear suffice for Quaid to recognize that this is reality?
4
Why was Quaid so sure about starting the reactor (Total Recall)?
18
Did Total Recall inspire the famous red pill/blue pill scene?
9
In Total Recall (1990), why are the choices "wanton" and "demure" selected before Quaid even tells Dr. Lull?