Was Grigory Rasputin a mutant?

We know that a couple of Marvel mutants descended from Grigory Rasputin (e.g. Colossus [Pyotr] and his brother Michael and IIRC their cousins).

Yet, none of the Wiki/Wikia pages actually mention of Rasputin himself was a mutant, other metahuman, or just happened to be a human Bad Guy who worked with mutants (Mr. Sinister). What was he?

Yes, Grigory Efimovich Rasputin of the Earth-616 continuity was indeed a mutant.

Grigory Efimovich Rasputin's mutant abilities were subtle and quite unusual.

In the Colossus storyline, Mr. Sinister and Grigory concoct a plan to kill all of Rasputin's descendants in order to restore Grigory to life in the last living body that remain of his bloodline. He would use his superior will to take over the body, destroying the former owner's mind in the process. These panels are from X-Men: Colossus Bloodline Vol 1 Issue 4. 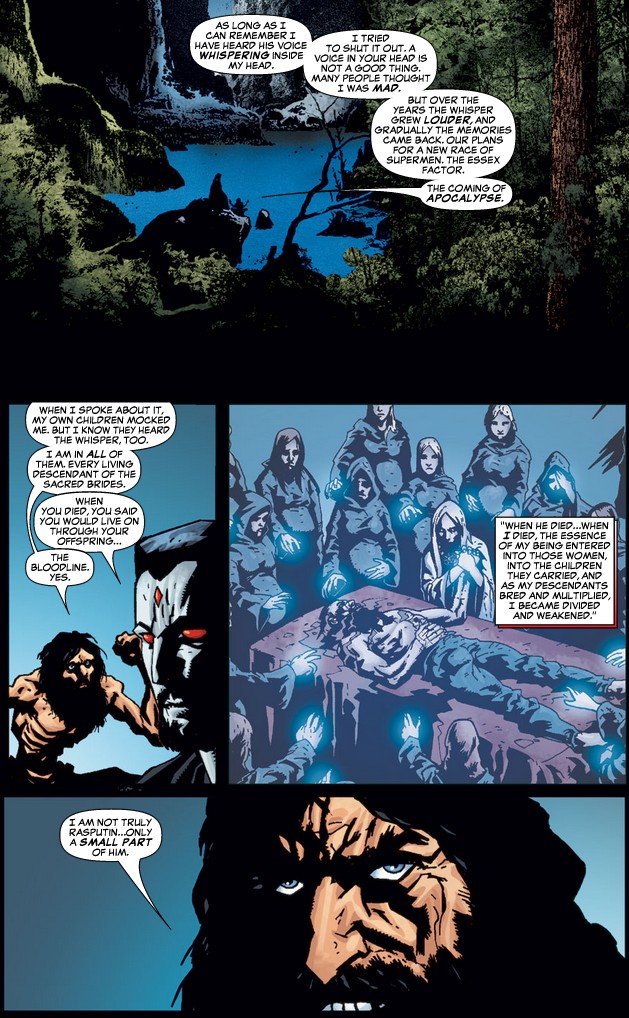 18
How do the mutant levels correlate with the mutant classifications?
10
Is there a set limit on mutant abilities, where they're deemed too unrealistic?
19
Was President Kennedy a mutant? Or, did Magneto lie?
10
Who was the mutant who was Storm's stalker?
6
Is the mutant gene dominant or recessive?
9
When did the “Mutant Problem” begin?
2
Is X-23 considered a mutant?
1
What is the difference between a human and a mutant?
3
Who is the oldest mutant (in-universe) in marvel universe?