It is revealed during the course of the show that the Minbari religious caste believe humans posses the reincarnated souls of dead Minbari. This is due to their interrogation of Jeffrey Sinclair who they believe holds the soul of Valen. However, as we also learn:

Therefore, if we exclude Jeffrey Sinclair as a unique case, is there any evidence of actual Minbari souls inhabiting human bodies?

The concept of the 'soul' in Babylon 5 is never sufficiently explained. This is intentional; Joe Straczynski explicitly states that he did not want to resolve the issue in commentaries, special features, and interviews throughout the years, feeling it was better left for the audience to supply their own answers.

Since the concept of the soul is not sufficiently explained, it is impossible to accurately answer whether or not humans and Minbaris are actually sharing souls. This is even more problematic when you consider the triluminaries, which were given to the Minbari by the Great Machine on Epsilon 3, not created by the Minbari themselves. We do not even know if the Great Machine itself created them, or if some other species (such as the Vorlons) used Draal as an intermediary.

What we are certain of, is that Minbari and human DNA began to mix one thousand years before the events of Babylon 5, due to Jeffrey Sinclair. Delenn herself is a descendant of Sinclair/ Valen. Since Sinclair was descended from British military officers and some of the original Martian colonists, there are doubtless many humans who share enough of his DNA to set off the triluminaries, just as Delenn, a thousand years Valen's junior, did.

In short, we can't really answer the soul question. We know that some humans and Minbari do share some DNA, through Jeffrey Sinclair. We know that the Minbari believe in the concept of the soul, and that they believe the triluminaries can detect the soul of Valen, and even the souls of his descendants and relatives. Whether the Minbari are right or not, we cannot say. Joe Straczynski probably never bothered coming up with a definitive answer for that one himself.

The sole reason that the Minbari think that their "missing souls" are in humans is because when Sinclair was captured at the beginning of the Battle of the Line, the triluminary (one of three which Sinclair/Valen constructed using parts of his DNA-coded comlink) lights up when held near him. 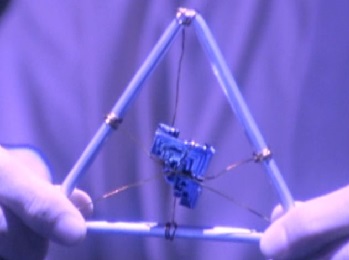 Since it's not Minbari souls that they're detecting but Sinclair's human DNA then we can definitively say that there are no Minbari souls in humans. There are, however plenty of pilots that share sufficient DNA with Sinclair to cause the Minbari to think so, especially when coupled with their fears about their falling birth rates.

12
What is the blue spot on the heads of the Minbari?
14
Which civilization was more advanced, Minbari in 1260 AD or Humans in 2254 AD?
22
How does time travel work in Babylon 5?
5
Minbari caste distribution
16
Are Minbari stronger than humans?
9
Why did the Vorlons work with the Minbari?
11
Did the Minbari ever tell anyone who declared war against the humans?
1
How can civil war break out in Minbar, given that a Minbari does not kill another Minbari?
11
How long do Minbari live?
10
Did Humans and Minbari merge into a single "first-one like" species?