Why are there two batcomputers in the Batcave?

In The Dark Knight Rises, the first time we see the batcave we are following Alfred, who is looking for master Bruce. He finds Bruce in the batcave, in the middle of an isolated slate obelisk (Alfred needs to touch a button to produce a bridge to reach this obelisk), where Bruce is using the computer to check Selina Kyle's profile.

The second time we see the batcave Bruce Wayne is using a gadget to help his wounded knee. We see a batcomputer in a different location (near the brick arches he kicks to test the knee-gadget). Then Bruce produces the bridge and walks to the slate we had seen before. We can appreciate two marks when it is rising from the water. One mark is were the batcomputer was the first time we saw the batcave. From the other, a case with the bat suit is produced. The second bat computer can still be seen on the background, behind Alfred.

The third time, Alfred is using the same batcomputer we have seen the second time. He is checking the news. After landing the bat Batman uses this one too to check the device he got from Bane's henchmen.

So it is clear that there are there two different batcomputers (batterminals? batstations?) in the batcave. Even if Batman loved redundancy I don't think there's an undetermined number of batcomputers randomly hidden around, waiting to pop-up on demand. Also, the first time we saw him using one he would have had ignored the first terminal and gone to the further and more difficult to reach one (in spite of his difficulties to walk...). So, all this looks weird to me.

Can somebody clarify why are there two different batcomputers in the batcave-Rises?

It is unlikely there is more than one computer in the Batcave.

In the canon comic DC Universe

The Batcomputer is a supercomputer, whose specs are on par with any of those used by leading national security agencies, that permits global surveillance and also connects to a massive information network as well as storing vast amounts of information, both on his foes and his allies. 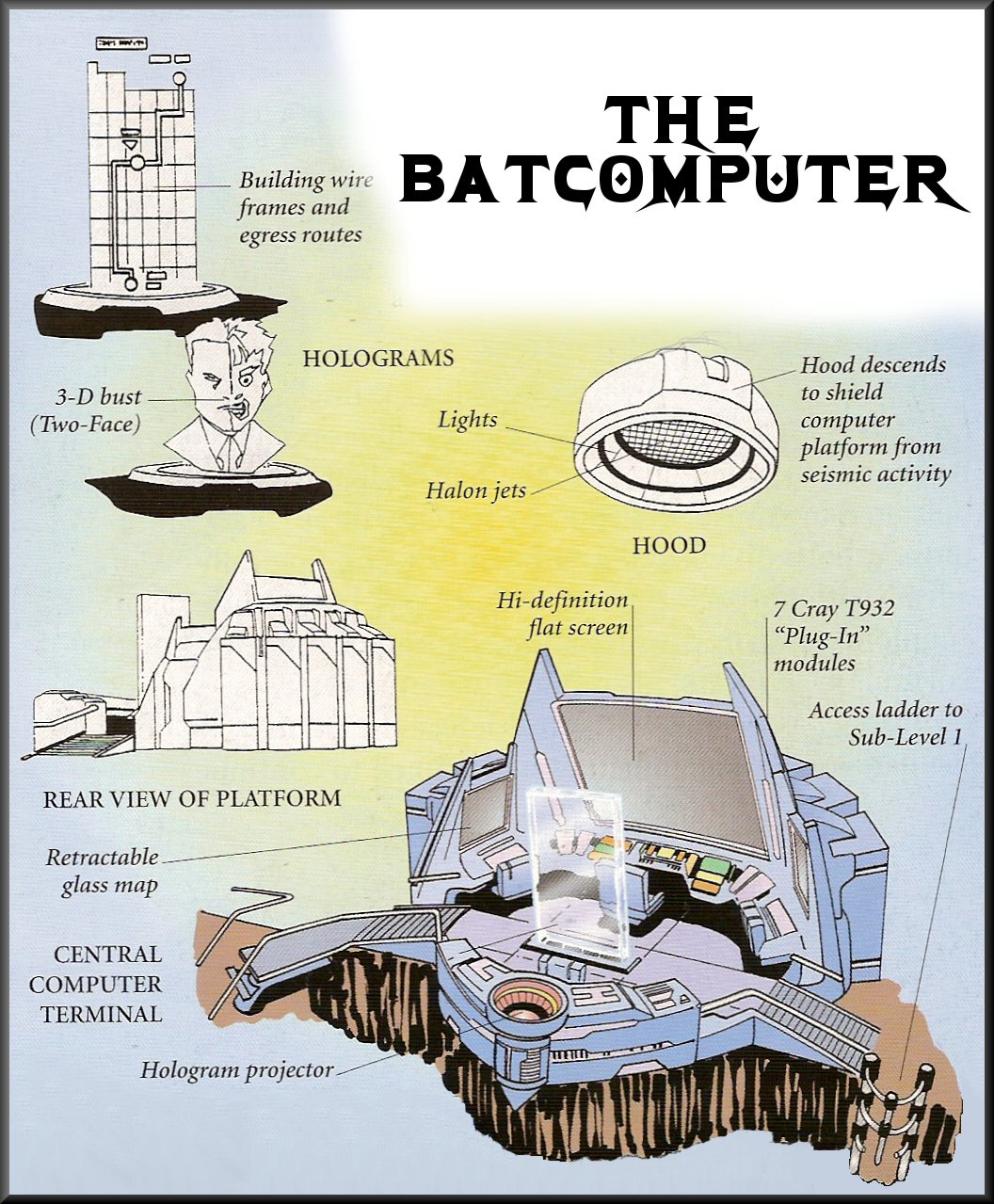 In the Dark Knight Series:

If we assume the Batcomputer is indeed a very powerful supercomputer, it is likely all you are seeing is a terminal aspect of the primary computer.

The user interface designer for the movie, The Dark Knight Rises, Jorge Almeida, discusses his design aspects given what he was told he would be working with in Flicks and Bits. 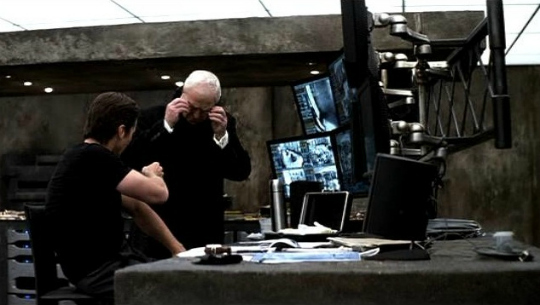 "“For ‘The Dark Knight Rises,’ I was told to keep the UI style real-world, which is obviously consistent with the style of the first two films. I read the script and was shown concept art for various sets, including the batcave and the fusion reactor. Both of these sets had a very sleek high-end style which was well constructed and designed, not hacked together."

Touching on his approach to the interfaces shown in ‘The Dark Knight Rises,’ and in particular the Batcave, Jorge Almeida had the following to say:

“The production designer, Kevin Kavanaugh, showed me production art for the batcave, which included a 9 monitor workstation which rose out of the ground. We discussed the scenes where the workstation would be used. He wanted it to look powerful without being slick or sci-fi. The challenge was to make it look interesting without feeling designed”…..”

When Bruce Wayne was doing research on Selina Kyle, the goal was to keep the UI from looking like a web browser. Gotham is an old city, so I thought using images of newspaper pages and arrest reports would suggest more of a historical archive than a website. I like mixing photoreal elements with the graphics when possible. I think it adds warmth to the design, and helps the audience register the information quicker.” 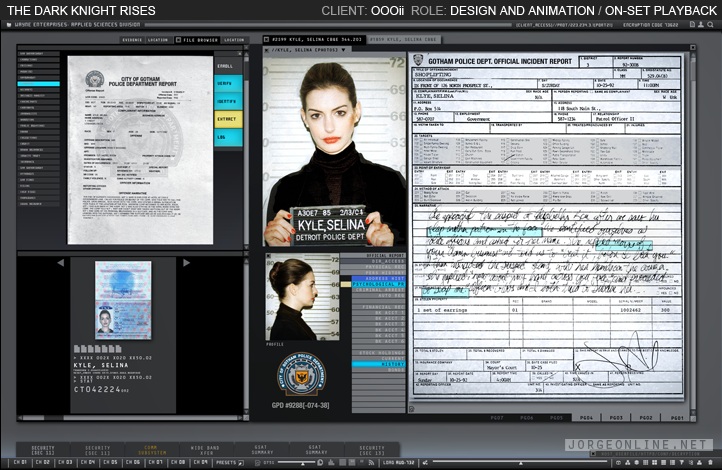 39
Why is there a dinosaur in the Batcave?
13
How Many Fields is Bruce Wayne Accomplished In?
8
Is there any canonical support of a relationship between these two characters?
21
Why doesn't Batman seek out a Yellow Lantern ring?
10
Was this scene of discovery of the Batcave from the comics?
13
Is Alfred the moral conscience of Bruce Wayne/Batman?
16
Do the events of The Dark Knight Rises prove Joker was right?
5
What kind of bats live in the Batcave in Christopher Nolan's Batman?
19
Has either Batman's or Superman's identity been accidentally revealed by someone in the comics?