So, if there was nothing there but fear, who or what was under the blanket?

So the Doctor was

fixated on his own fear of the dark

in the end, and

was the one under the bed in his dream.

But who was it under the blanket on Rupert's bed?

Another child, or something else?

Though it did seem like a Sontaran from the blur, as stated by alexwlchan, I agree more with Immotbanksy’s answer. It didn’t look like a Sontaran under the blanket and Sontarans are obsessed with war, so this seems out of place for them. Altering the course of history in such a meticulous and subtle way, even going so far as being with you at all times, always in hiding (being that the premise of such a creature, stated right at the start of the episode) just doesn’t fit.

In addition, I also find that their hands make a compelling case: 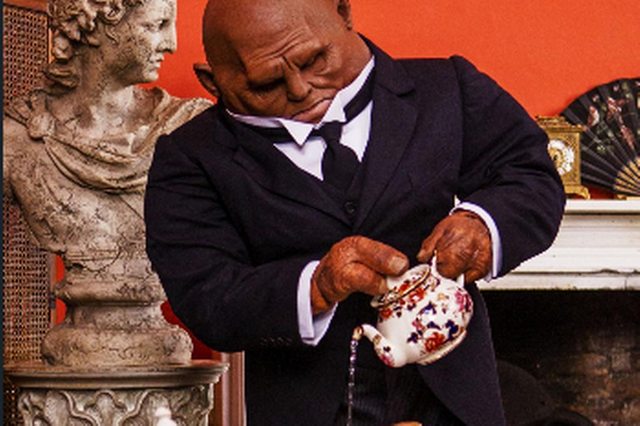 Look at that. I find it very hard to believe that from everyone sharing this same nightmare (and every one should experience it some time in their lives, according to the Doctor’s theory) there are not a significant number of reports of people also stating “and the hand felt weird, like if it were the wrong shape”. Even if many people were in enough of a shock to not notice, I find it doubtful that from everyone having this dream, a high number wouldn’t have noticed.

That said, I do also find it a bit weird it would be another child, simply from the way it behaved. I mean, the Doctor, Rupert, and Clara were shouting about acting really scared. I find it hard another child would have acted in such a manner, even approaching them and removing the blanket. It wouldn’t be impossible, I just think it would be very odd behaviour.

The point does seem to be that it doesn’t matter, but it would still be nice to have an answer, particularly to “why does everyone have this dream, then?”. Is it just something in our brain, in the way we evolved, and we all share some genetic trait that causes it?

I think you’re not really supposed to know, and it doesn’t really matter. A lot of this episode is deliberately ambiguous, and while this particular question has a “rational” explanation, I think it’s better if it’s left open-ended. Liberal use of spoilers tags in case you’d rather leave it open.

It seems that the creature under the red blanket was

At the end of the episode, there’s a throwaway line from the Doctor:

It’s played as though the Doctor is delirious and babbling after being knocked out, but it does seem to fit. (Although why this would be happening is another matter entirely.) It’s approximately the right-size, the head vaguely dome-shaped, and this is what we see when the sheet is briefly lifted (as the trio are facing the window): 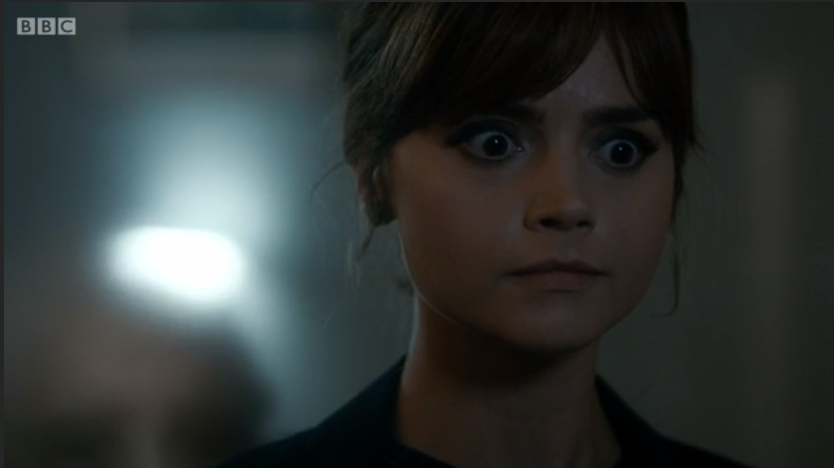 It’s very blurry, but the outline is consistent with the portrayal of this creature in the new series. Although the Doctor tells Clara and Rupert not to look, or use the reflection in the window, I’d be shocked if he didn’t sneak a peek.

It is stated that it very well could have been another child playing a prank on Danny.

It was Clara's hand on the doctors leg that started his fears, and yet everyone else has also had the same experience as was shown in the beginning and the creatures under the bed looked human from the look of their arms and hands so they could be trapped in time for some reason or it could be the Doctor himself perpetuating the fear but he said that everyone had at some point had the same thing happen too.

So when we saw the creature sitting or kneeling on the bed, it could look at them and turn its head but it didn't say anything plus when it got off the bed it went over to Clara and Rupert avoiding the doctor, so that may be a future clue. Also, although from the blur it looked like a sontaran, it actually seemed taller and its head was smaller under the blanket..and it moved fast and stole the blanket. Why? Was it naked? Did it like wool/nylon mix fabric? Was it cold?

If the sontarans are involved, why not come out guns blazing with death or glory as they are built to do, unless this is the only sontaran who doesn't. Maybe it's a cowardly sontaran on the run?

I think that it will be explained later on in the series. Look out for the red blanket people!

Plus, we now have the Toy Soldier sub plot, the fact that Rupert and Clara obviously get together and the end of all things in the universe...there's a lot more to come!

I think, even though it was not said, that it was ME. Why she would be watching Danny Pink and then be under the blanket, I don't know, but that was her knocking on the spaceship door at the end of the universe. In "Hell Bent", the Doctor met her at the end of the universe when everything else was dead and she was the only living thing left sitting in her chair watching the stars go out.

It’s one of the Silence, they never wish to be observed and have been interfering with humanity from the beginning.

18
Why was the Doctor's memory wiped?
9
What was that alien in Doctor Who that nobody saw?
8
Are there beings which have perfected hiding?

3
Did the Doctor's scramble device in The Lodger work on ears?
15
How was Clara able to visit the Doctor as a child if Gallifrey is on lockdown?
13
Is Orson Pink a descendent of Clara Oswald and Danny Pink?
8
Are there beings which have perfected hiding?
12
Was the Doctor’s TARDIS inside Clara’s?
9
What was the important thing Clara said to the Doctor in the cloisters?
12
Why did the TARDIS take them to the Doctor's childhood and why didn't she want the Doctor to know where they were?
6
How come the Doctor and Clara will never be able to see each other again?
9
What was that alien in Doctor Who that nobody saw?
7
Who was behind the Eleventh Doctor's first ever 'Geronimo'?