I'm trying to figure out the name of this super villain, here is what I remember:

He's my favorite joke villain but I can't remember his name; does anyone know who this is?

Could it be Batroc the Leaper? He fits the mustache description 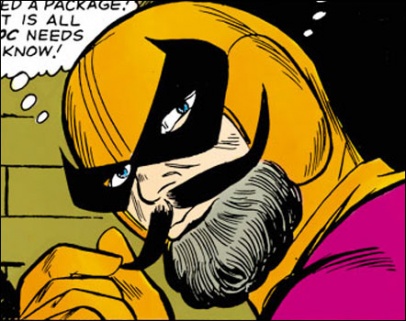 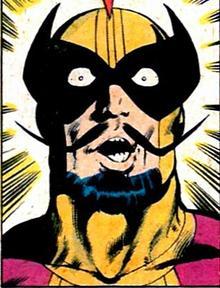 There is also another guy in the Marvel Universe with a nice mustache, but he is not a villain. He is Dum Dum Dugan: 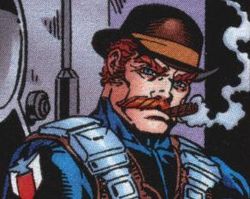 16
Why doesn't Rogue have super strength and the ability to fly?
10
Has a super villain ever been an Avenger?
7
Which comic book super villain was the first to match wits against a different super hero?
13
Whο was the first hero to kill a super villain in Marvel comics?
9
What comic book super hero/villain has appeared with the most "real life" individuals?
5
Superman comic with Green genie/Ming-like villain
1
Does the Flash have super strength?
10
What character is this kid with brown hair, a green and turquoise striped T-shirt and purple pants?
4
"Hillbilly” Darkwing villain with pet alligator