Child of the Forest or Wildling?

In the first scene of season 1 episode 1, "Winter is Coming", a child appears twice. The first time she is on a tree appearing to be dead. The second time one of the men from the Night's Watch sees her standing in front of him staring.

The show seems to call her a wildling, but she appears to look more like one of the Children of the Forest than a wildling. She looks similar to the child in the series finale of season 4.

On the Game of Thrones wikia for Children of the Forest, it makes no mention of the incident. Also, On the page for this episode, it calls her a wildling, and it seems that she has become a Wight.

Is there any proof that this child is indeed a wildling wight, or could this possibly be the first place where the Children of the Forest are revealed?

It's highly unlikely that it was a Child of the Forest. Here are a few reasons:

The probability of not only there being a Child of the Forest around, but also one in close vicinity of a Wildling village is very very low. The reason for the child's odd look was that she had turned into a Wight that has the characteristic bright blue eyes.

The child is a dead wildling then a wight.

It is quite clear when you compare an image of the child to an image of one of the Children of the Forest: 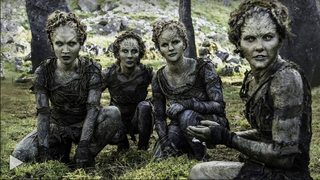 Notice how they are green, no blue eyes and are more "leafy" and natural looking. 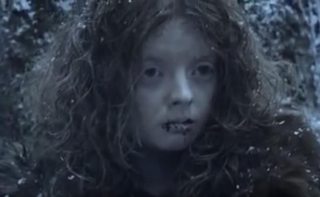 Then when we see the child later on she has blue eyes and is clearly a wight: 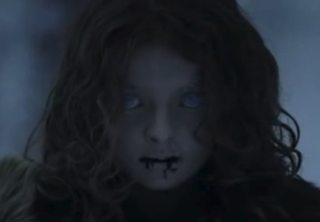 You can see the full scene here:

12
When did Ros receive the Lannister lion necklace from Tyrion?
15
Why did Mance Rayder unite the clans?
6
Why was the wall raised where it stands?
39
How do Southern people discern Night's Watch deserters from truthful brothers sent south?
5
Chronology: White walkers and Children of the forest
7
How did Daenerys know about the "Hand of the King" pin?
11
What is the place where Will was executed?
4
Was anyone else besides Benjen Stark and the Night King stabbed in the heart with a dragonglass dagger?
12
Would Coldhands have been a White Walker or a wight?
12
Why does the Night King look different than his cave paintings depiction?