I have a rather vague recollection of this comic book. I believe I read this in early 70's. Superman time-travels back to the time when the Sun is a red star. The Earth is (rather strangely) inhabited by human beings in a savage stage. Because the Sun is red, Superman lost all his super-powers. I am not able to recollect the plot further. I am looking for the tittle of this comic and if possible front cover, and/or a couple of frames from the comic book.

Hereafter, where Superman is shunted into a barren, uninhabited Earth under a red sun in a distant future through the actions of a Superman Revenge Squad shows similarities to "Superman Under the Red Sun", the leading story in Action Comics #300 (1963). 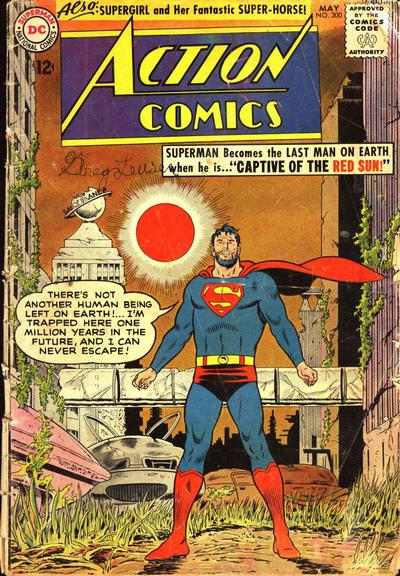 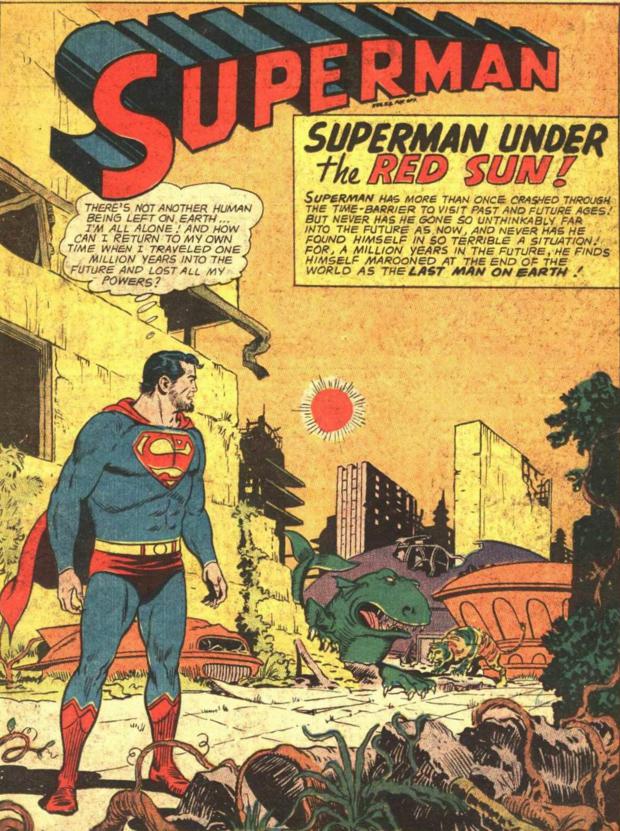 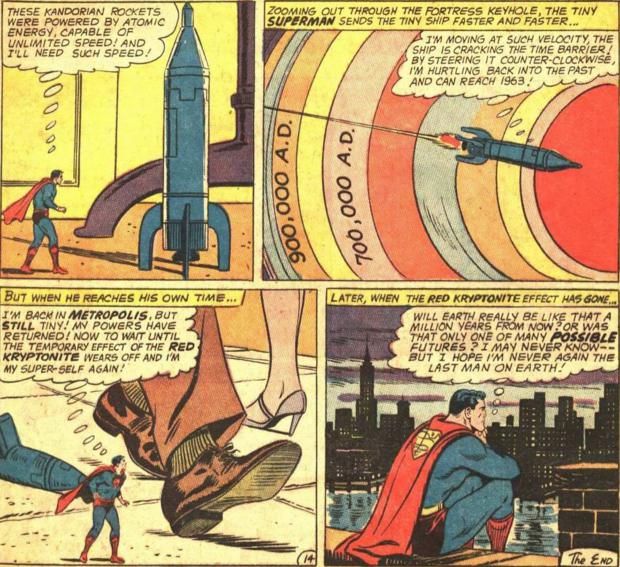 There's a Justice League episode, Hereafter, which is based upon this story. 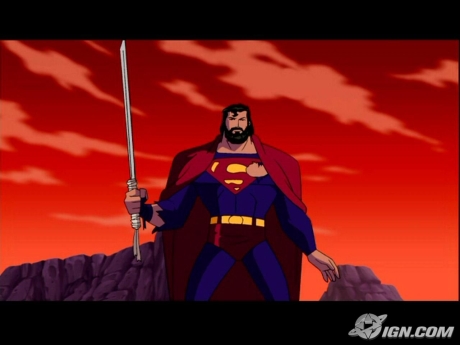 I'm unable to find a reference to the title of the original story, though.

There aren't humans in this future (other than the immortal Vandal Savage), though there are somewhat intelligent beings who inhabit the world, evolved from creatures who survived the apocalypse.

Not the answer you're looking for? Browse other questions tagged dc time-travel comics superman episode-identification or ask your own question.

4
When does the new Action Comics #1 take place?
5
Where can I find a list of all the Superman comics' shield numbers?
5
Why did Superman & Supergirl start to suffocate instantly when Luthor made our yellow Sun red?
7
Lock Superman Underground, how long till he loses his powers?
7
YA novel about time travel and a strange box
9
Why doesn't Superman make his own Flashpoint paradox to save Krypton?
8
70s-80s DC comic in which a demon devours a man in a Superman costume