How do the Turtles get their pizza?

In most all incarnations of TMNT, the Ninja Turtles love to eat pizza. But they also try to keep themselves hidden from humans as much as possible.

So this raises a question: How do the Turtles get their pizza?

If delivery, from where? And how would they receive said pie?

The Turtles order their pizza for delivery to "122 ⅛ᵗʰ". This works to their advantage since the famous Domino's 30-minute-guarantee (and relative difficulty in finding the sewer address) means that it ends up being free. They do still tip the guy though. 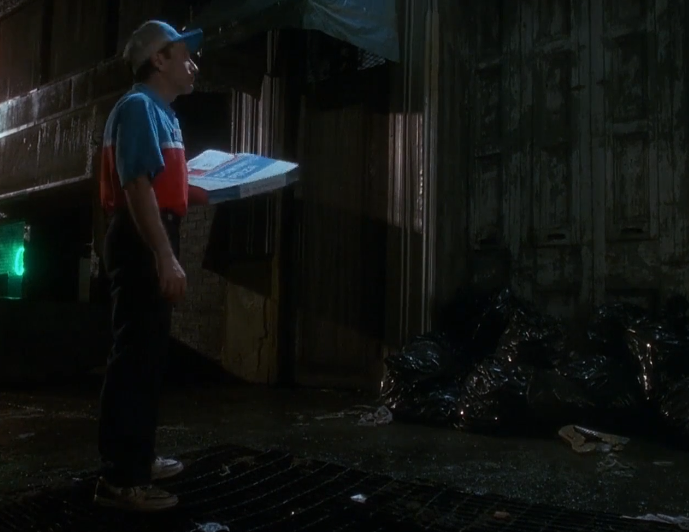 Teenage Mutant Ninja Turtles II: The Secret of the Ooze (1991)

They order their pizza for delivery to April's apartment. Since she's out at the time, the plan seems to be to break into her apartment (via the fire escape) and then accept the order at her door, presumably wearing some kind of rudimentary disguise.

The pizzeria owner notes that she's becoming one of their best customers lately (referring to her by name) so it seems that under normal circumstances she's the one to accept the orders. In this case, their plan fails and they simply take the pizza from the pizza-boy after he leaves it lying around. 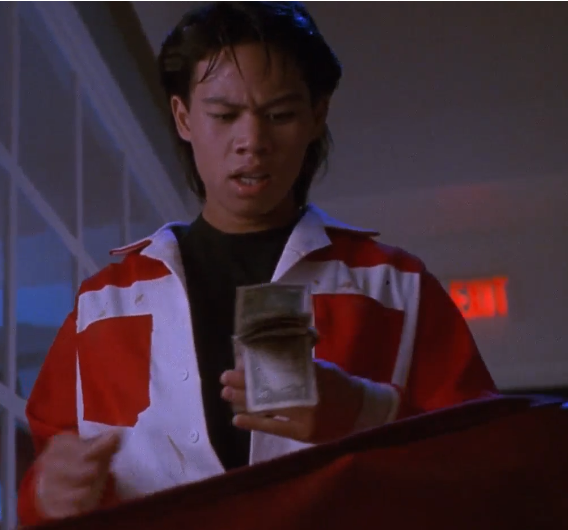 In the 2007 CGI remake, the original script contained these lines;

ON DOOR - As the door closes and Mom turns back, a green hand reaches in quickly a grabs a box of pizza. The door closes.

This scene was cut from the film. There are plenty of pizza boxes but no explanation of how they got there.

Teenage Mutant Ninja Turtles: Out of the Shadows (2016)

The turtles order the food to a street corner and grab it out of the deliverer's hand. He seems oblivious, gawking at his mobile phone.

In the comic serials, they largely seem to rely on April or Casey Jones doing the actual collecting. 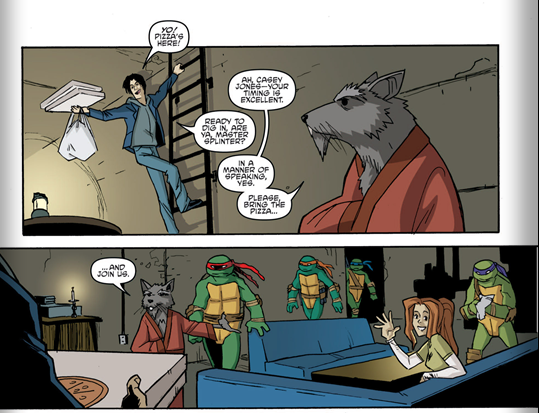 As with many Ninja Turtles games, pizzas act as collectables and simply appear in mid-air 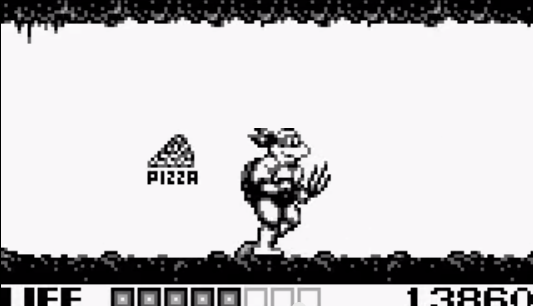 In the 1987 cartoon they use disguises or get April to collect it for them.

In the current comic series, Mikey has managed to make friends with a pizza shop worker. He smuggles pizzas to the turtles out the back door. 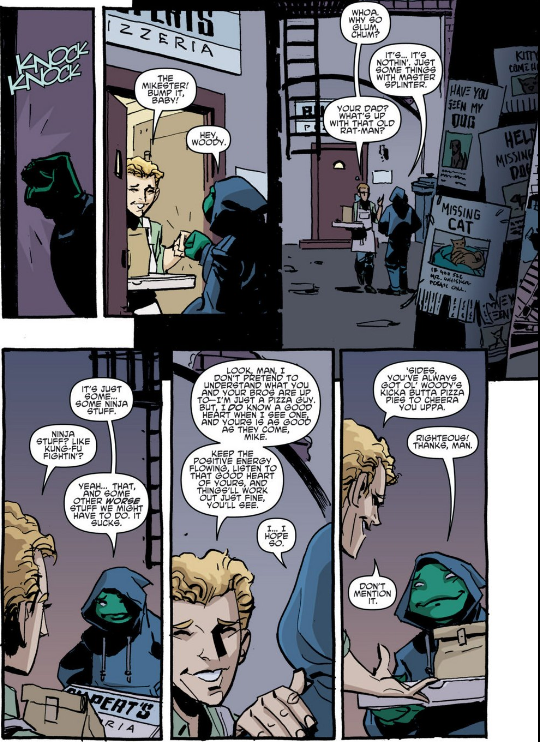 Donatello sometimes makes them. Here are two examples from this compilation: 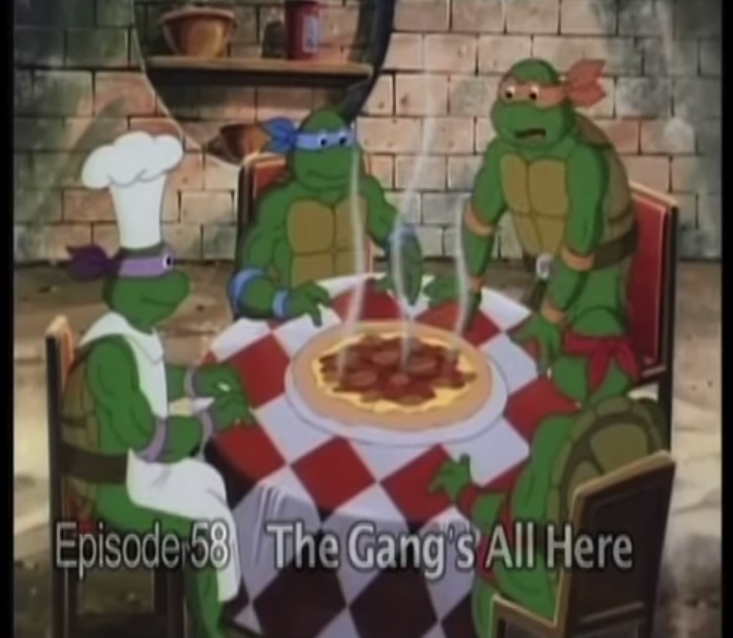 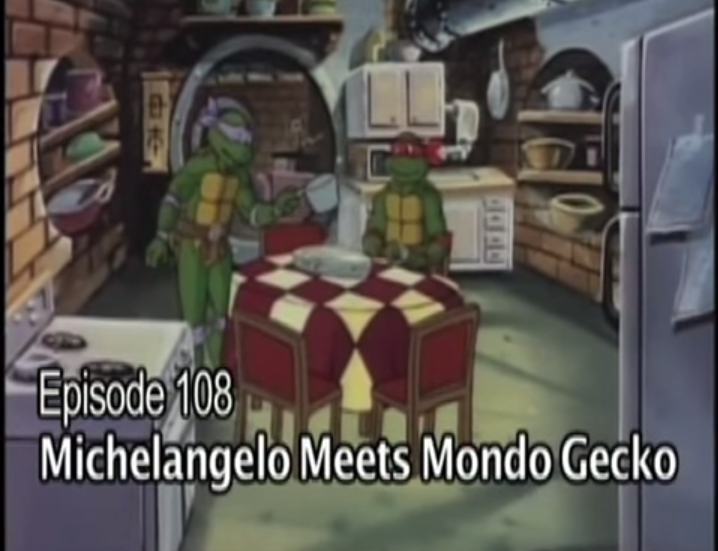 In the first image we see Michelangelo standing up and exclaiming, in an unconvinced voice, "Chocolate chip pizza??"

In the second we see Donatello pouring something out a saucepan but saying "nothing like a hot old pizza to start the day."

The same way you do, but more ninja-like. Incidentally, in the original comic books, they didn't like pizza (well, maybe they did, but we don't hear about it).

94
How do the Ninja Turtles get the money to pay for their pizza?