Why doesn't the Terminator kill at the biker bar?

In the beginning of Terminator 2: Judgment Day, why doesn't the Terminator slay the attacking bikers in the bar? It had not yet received the "You can't just go around killing people" order from John, and it later attempts to kill an unarmed civilian who wasn't even on the attack.

If we take the film as the highest level of canon, then we can gain some insight from the Terminator's own heads-up display.

Careful examination shows that the Terminator's priorities at the bar are the acquisition of transport and camouflage cover. On top of that, his defensive systems are set to 100%. He has no interest in killing people in the bar (presumably to avoid an escalation of violence that might damage his face, hindering his ability to pass as human) when simply disabling them is just as effective. 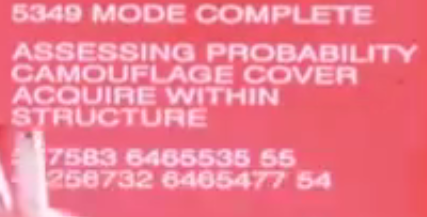 You'll also note that at the point that he decides to attack the biker, an "Inhibit Setting 8" command kicks in. Whether this was set by Future:John or whether it's part of his attempt to avoid damaging the clothing is unclear but there's certainly something blocking him from committing unreserved violence.

The Frakes novelisation offers some additional insight into Terminator's own thought process.

For an electronically stretched instant, the man analyzed its caliber and operating condition. The idea of aiming at the biker on the floor didn’t occur to the man as an option. The target was temporarily disabled. Shooting him would have been an unnecessary use of force. All the man wanted was what he had initially demanded. He turned his emotionless eyes on Robert.

It looks like the Terminator is trying to keep a relatively low profile. A room full of stabbing victims (especially hardened bikers, many of whom won't even speak to the police) is hardly going to result in a citywide manhunt whereas a room full of bullet-ridden corpses would certainly bring down the wrath of the city's finest.

The Terminator is an efficient tactician.

In the first Terminator film, the Terminator demands clothes from three young punks who unwisely threaten it with knives. It correctly reasons that they are unable to seriously damage it, and messily killing one will induce another to give up his clothes.

The tactical situation in the bar is different. There are many more people and they may have firearms. The Terminator may not be hurt by gunfire, but it would be inconvenienced and possibly rendered unable to pass for human. So it uses limited force to defend itself. When the big biker pulls a gun on it, it doesn't hurt him too badly because it wants his clothes with as little damage as possible.

(Out-of-universe, I think Chris B. Behrens is correct. The Terminator wouldn't be as sympathetic if it massacred everyone in the bar.)

The main mission of the Termniator is to change the future in a "desireable" way, e.g. kill John or his mother to get rid of future John. Killing just about anyone might cause a butterfly effect to the reverse (e.g. kill some friend of a skynet representative so that he is on a funeral the moment he "should" activate the system).

Because Terminator 2 is a 15 Certificate film (in the UK). If he'd massacred everyone in the bar it would have merited an 18 Certificate, reducing the number of cinema tickets sold and thus creating less profit for the film studio.

AdieAdie
1
add a comment  |
The Overflow Blog
Featured on Meta

40
Why does the Terminator—an infiltration machine—steal clothes by attacking humans anyway?

11
Why is Terminator able to destroy himself in Rise of the Machines but not in Judgment Day?
11
Does Terminator 3 undermine the 'No Fate' concept?
11
Why did Sarah Connor and her friends stockpile a hand held minigun?
10
Why didn't the T-1000 kill the helicopter pilot?
4
Is John Connor's age inconsistent in T2 and T3?
9
Can a Terminator feel affection?
5
When does Sarah Connor begin to trust the Terminator?