What is the first reference to 'video calls' in sci-fi?

I was thinking earlier today about video-calls, which reminded me of the video calls in Back To The Future 2. Then I remembered that a similar technology existed in Gerry Anderson's (RIP) Thunderbirds. It got me wondering about what was the first reference to this idea of a 'video-call' i.e. where you can 'call' someone like a phone call, but actually see them as well as talk to them?

The earliest literary reference I can find in an overtly science fictional context is from the 1889 story "In the year 2889" by Jules Verne where we learn that in the future, people will converse by telephote:

Would not our contemporaries prize the telephone and the telephote more highly if they had not forgotten the telegraph?
...
The first thing that Mr. Smith does is to connect his phonotelephote, the wires of which communicate with his Paris mansion. The telephote! Here is another of the great triumphs of science in our time. The transmission of speech is an old story; the transmission of images by means of sensitive mirrors connected by wires is a thing but of yesterday. 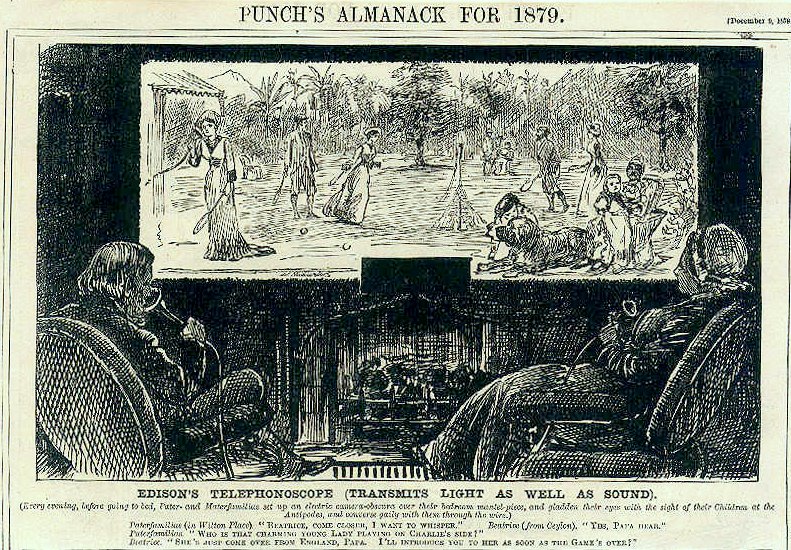 Ironically, this may be one instance where science-fact overtook science-fiction. Edison and Bell were both working on telephones that could also transmit pictures as early as 1875 (some three years before any fictional account), albeit with only limited success.

Louis Figuier wrote a letter to the New York Sun in 1877 extolling the virtues of an Electroscopic device, a whole year before it appeared anywhere in fiction. Since he was describing something that didn't yet exist (presumably based on concept patents issues to Bell), this is arguably the earliest reference of any sort in print. Since he thought it was a real invention it's probably not fair to characterise it as fiction. 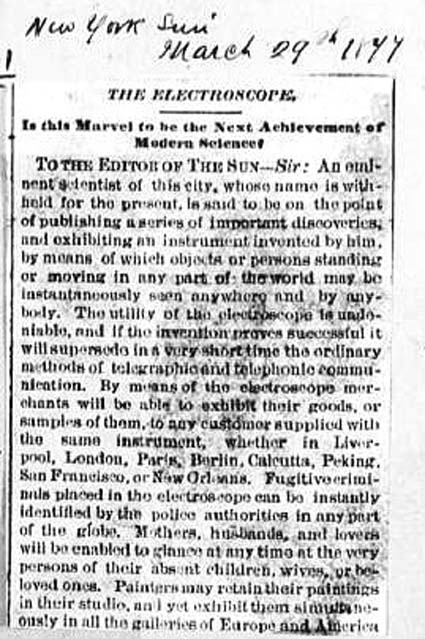 As far as films/TV are concerned, the "videophone" seen in Fritz Lang's Metropolis (1927) has to be one of the earliest seen on screen:

Hugo Gernsback predicted the "telephot" (a video telephone device) in dramatic use in his novel Ralph 124C 41+ which he ran for 12 months from April 1911 in Modern Electrics.

Stepping to the Telephot on the side of the wall he pressed a group of buttons and in a few minutes the faceplate of the Telephot became luminous, re­vealing the face of a clean shaven man about thirty, a pleasant but serious face.

As soon as he recognized the face of Ralph in his own Telephot he smiled and said, "Hello Ralph." 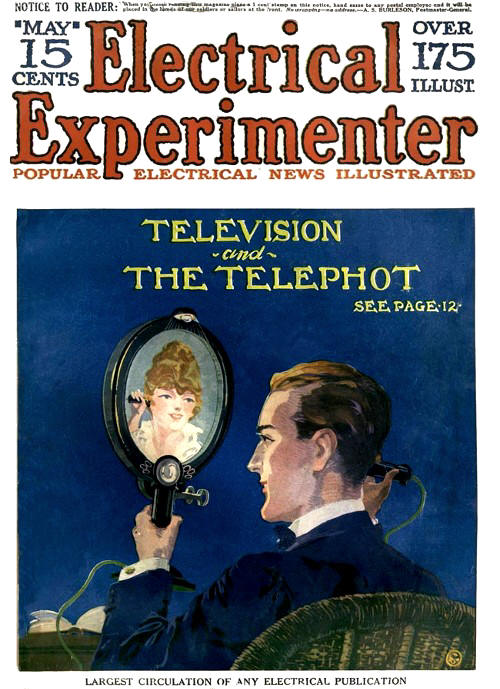 You can see an artist's impression above (from Electric Experiments Magazine) and read the full story here.

Not the answer you're looking for? Browse other questions tagged history-of technology science-fiction-genre or ask your own question.