Need help with a book title - something like "Sting"

My son was telling me about a book that he read last year in class that had a picture of a bee on the cover, but where its abdomen is a syringe (with the needle in place of a stinger). It was kind of post-apocalyptic where people were being driven insane by bee stings or something. Somehow he's not even sure of the major plot points. :)

Anyway, we would like to figure out the title and author of this book. Apparently it is fairly recent, and a second book in the series was released this year.

I suspect that the book is Stung, by Bethany Wiggins. The book is about people who are driven to violent madness by bio-engineered bee stings. The cover art matches your description exactly. 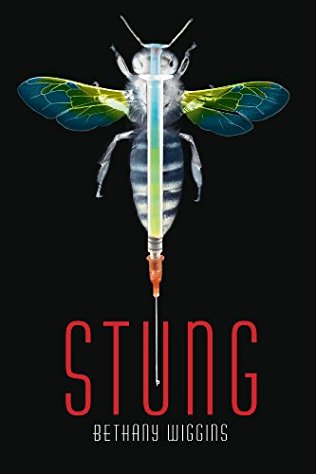 It sounds like an interesting book; I'll have to check it out.

The second book in the series is titled Cured, and was published in March.

Not the answer you're looking for? Browse other questions tagged story-identification novel post-apocalyptic childrens-novel or ask your own question.

2
Book about future where they use honey instead of money?

7
Need Help with the title to a Sci Fi novel
2
Need help finding a book called something like 'Kirlian Aura'
11
Book about impending revolution in US that was thwarted with fake alien craft crash
8
Help with a book, title something like Shattered or Fractured?