Why was the Death Star's shield generator on Endor?

Isn't the point of the Death Star that you can use its lasers to destroy any planet or capital ship nearby? Then how could the Empire use the Death Star if it has to stay close to Endor at all times, because its shield generator is there? It seems that the Rebels just need to wait for the Death Star to move away from Endor and render itself vulnerable.

The shield generator was temporary protection while the second Death Star was under construction.

However, the second Death Star was still vulnerable while its internal structure was exposed during construction: 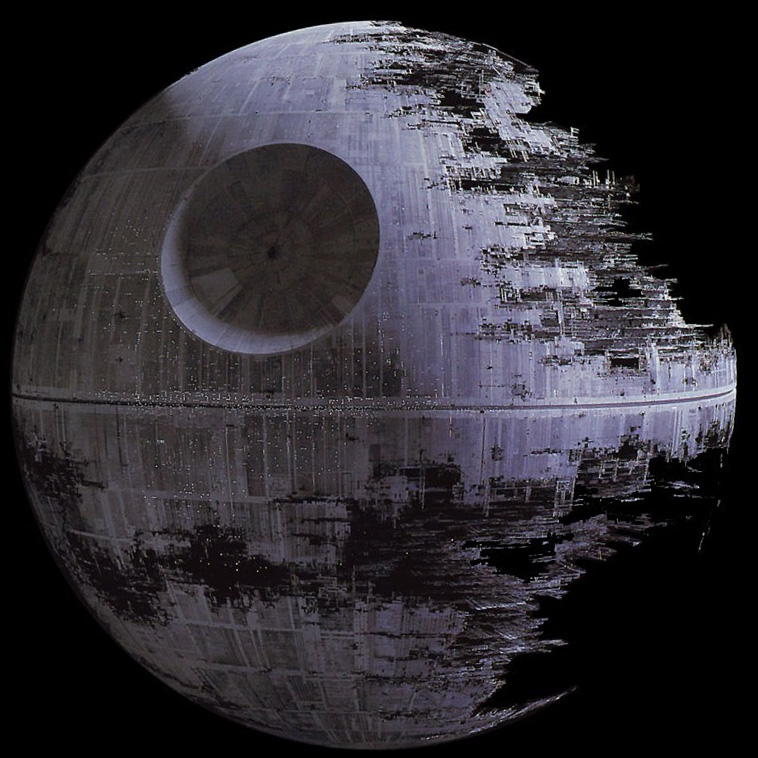 The shield generator on the moon of Endor was there to provide protection during the construction phase. Since the Death Star II was not complete, it wasn't yet able to generate its own shields like the original Death Star.

Once construction had completed, the Death Star II could move away from the moon under its own shield protection.

Nobody has mentioned this yet, but the shield generator being on Endor was also a trap.

The Rebels were unwittingly falling into a trap devised by the Emperor himself. In an attempt to effectively eliminate the Rebellion, Palpatine planned on drawing the Alliance to Endor using simple disinformation: he hid the fact that the station's primary defense systems were already operational. With a large naval force hidden on the far side of the moon and an elite legion of Imperial troops standing by on the moon's surface near the shield generator, he was ready to crush the Rebels once and for all.

The shields of the two Death Stars were significantly different.

The original Death Star was rather poorly shielded; traditional attacks from capital ships could be easily repulsed, but the shields did not prevent close-range (near point-blank) attacks. The shields also did nothing to prevent enemy fighters from entering the Death Star's "airspace;" in episode IV the Alliance fleet is able to pass directly through the shields with nothing more than minor turbulence.

As the second Death Star was constructed, fighter attacks were acknowledged to be a significant threat. Priority was placed on creating a shield that was strong enough to physically repulse starfighters. Generating such a shield required immense energy; additionally, the shield needed to be fully functional from the outset of construction. For this reason, the shield generator was placed on Endor while the building began in space.

Not the answer you're looking for? Browse other questions tagged star-wars death-star endor or ask your own question.

0
Why not project the shield from Death Star 2 itself?
33
Why didn't the original Death Star's shields protect against small fighters?
18
Did the Empire Re-use the Death Star plans?

46
Battle of Hoth: how did the AT-ATs manage to disable the shield generator?
76
How did the Death Star move?
44
Why didn't the Rebels jump to hyperspace to escape at the Battle of Endor?
25
Why didn't the stormtroopers radio for reinforcements at the Battle of Endor?
4
Would the Rebels have destroyed Death Star 2 if Palpatine hadn’t died?
12
How could the Death Star II fire through its shield?
41
Why did the Rebel fleet not bombard the Shield Generator on Endor?
9
If the Empire can make a shield around the entire planet of Scarif, why not make a shield around the entire moon of Endor?
1
Why weren't communicators used to coordinate the Battle of Endor?