Graphic novel where protagonist is an architect that doesn't need sleep

I am trying to identify a graphic novel I read around 10-15 years ago (although it may be older than that). The plot centers around a city designer who has used special techniques in his design that are supposed to have positive psychological effects on the citizens. However due to shortcuts taken by the company that hired him, the city actually has a strong negative influence on it's inhabitants.

The protagonist has developed some sort of drug that allows him to go without sleep, although it does not give his body a chance to restore itself and he ends up looking haggard. He also has access to secret passageways that allow him to travel throughout the city and get into buildings and rooms.

He is not particularly strong or skilled in any physical disciplines as far as I remember.

The story is "Mister X" by Dean Motter, first published in 1984 by Vortex Comics.

Mr. X is an architect who has invented a discipline he terms "psychetecture", wherein the inhabitants of the city he designs can be psychologically influenced by their environment. His designs are stolen by a rival, who builds the city with his own modifications resulting in a sudden decrease in the mental health of the populace. Mr. X (aka Santos, aka Anton) spends all his time working behind the scenes to prevent the city from sliding into catastrophe.

There are four series altogether, which have been collected as trade paperbacks at different times. The first of these, published in 1986, was titled "The Return of Mister X". 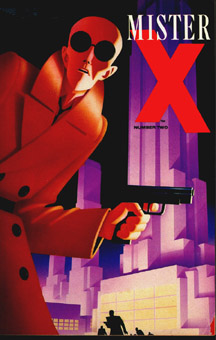 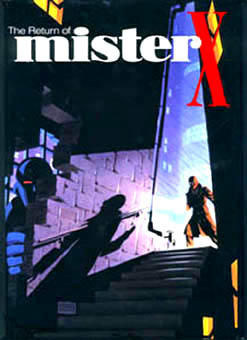 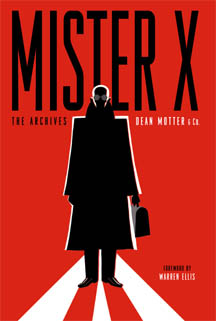 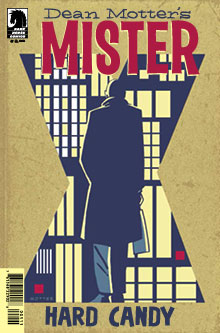