In the film Star Trek (2009), Spock said Nero captain of the Romulan mining ship waited 25 years for him to arrive (in which were only seconds for Spock). So what did Nero and his band of misguided Romulans do for 25 years while being in a big ass mining ship in a time zone clearly not meant for them?

Also as a side question, how did Nero know Spock would arrive at that point and that time?

To summarize, they were captured by Klingons shortly after the battle with the Kelvin. Then during his time on a Klingon prison planet, which was planned to be Rura Penthe (the same planet Kirk and McKoy were imprisoned on in The Undiscovered Country), they determined when Spock would arrive. They escaped in time to show up when Spock arrived, and they promptly captured him.

It's unclear where the Klingons kept the Narada, which would have been a pretty big boon to their engineers. (There are Klingon engineers, right?)

Nero spent the next twenty-five years awaiting the arrival of Ambassador Spock, plotting his vengeance against him and the Federation. Near the end of those twenty-five years, Nero was involved in an attack on a Klingon prison planet and, using the Narada, destroyed 47 Warbirds. During his time on the prison planet, Nero sustained an injury to his right ear.

This was covered in a deleted scene:

A deleted scene from the film shows Klingons surrounded the Narada following George Kirk's attack, and Nero and his crew gave themselves up to be imprisoned on Rura Penthe. During his time on the planet, Nero kept quiet about his origins, and lost part of his ear, escaping with his crew after the Klingons discovered his calculations regarding Spock's arrival and threatened to interrogate him with a centaurian slug. It was his escape from Rura Penthe that Uhura heard about in the transmission she received regarding an attack on a Klingon prison planet.

Bear in mind that the Narada was a mining ship. It was not built as a reaction to the destruction of Romula but before it meaning its weapons would be based on defense rather than offense. The fact that it was so destructive against the Federation was that it caught them on their own (Kelvin), or unprepared (Star-fleet). I doubt that any type of mining vessel would have the capability of targeting 4 or 5, let along 42 simultaneous targets particularly after sustaining actual hull damage from the Kelvin.

Also, it would have actually been quite clever of Nero to allow his capture at this point. The Klingons would likely take the Nerada into port and begin repairs (believing to use it for their own). This is something that would not be possible unless under dock - which the 'fugitive' Nero would realise.

I also suspect that a prison planet housing the Nerada would be unlikely to have more than one or two stationed vessels. The rest would either have been in port, or turned up to the party in smaller groups. Either way, in this manner the Nerada could overpower 3 or 4 arriving vessels at one time (and picking off those in port at leisure) - destroying 42 in the whole engagement.

This was covered in a scene that was deleted from the 2009 film. Nero and his crew were evidently captured by the Klingons after exiting the black hole. They spent some 25 years on Rura Penthe before escaping and reclaiming their vessel (which the Klingons had been able to study, but not fully activate).

Imprisoned and tortured (note the Narada in "Orbital Quarantine" around Rura Penthe where it was towed at warp). 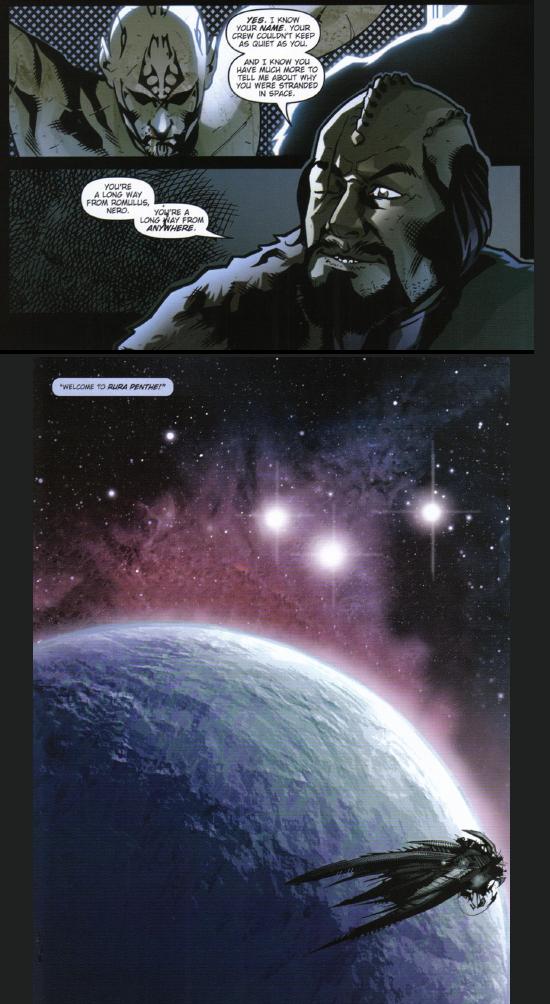 Resorting to drugs which, ironically, allows him to meditate and access his psychic abilities 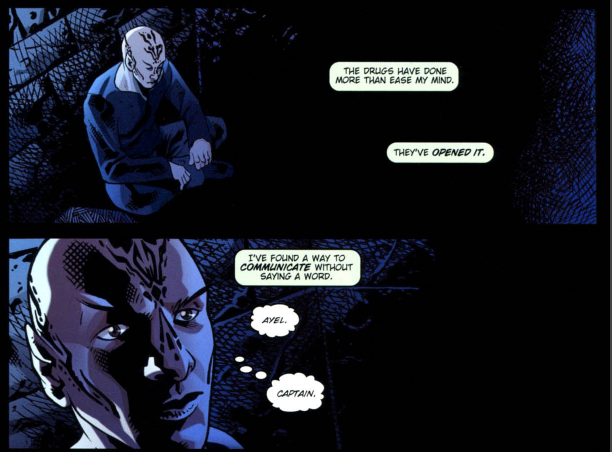 Then there's a weird sub-plot about the Narada rendezvousing with V-Ger and Nero using its CPU to work out when Spock will exit the black hole. I'm not going to post a pic because it's dumb.

Capturing Spock and the 'Red Matter' 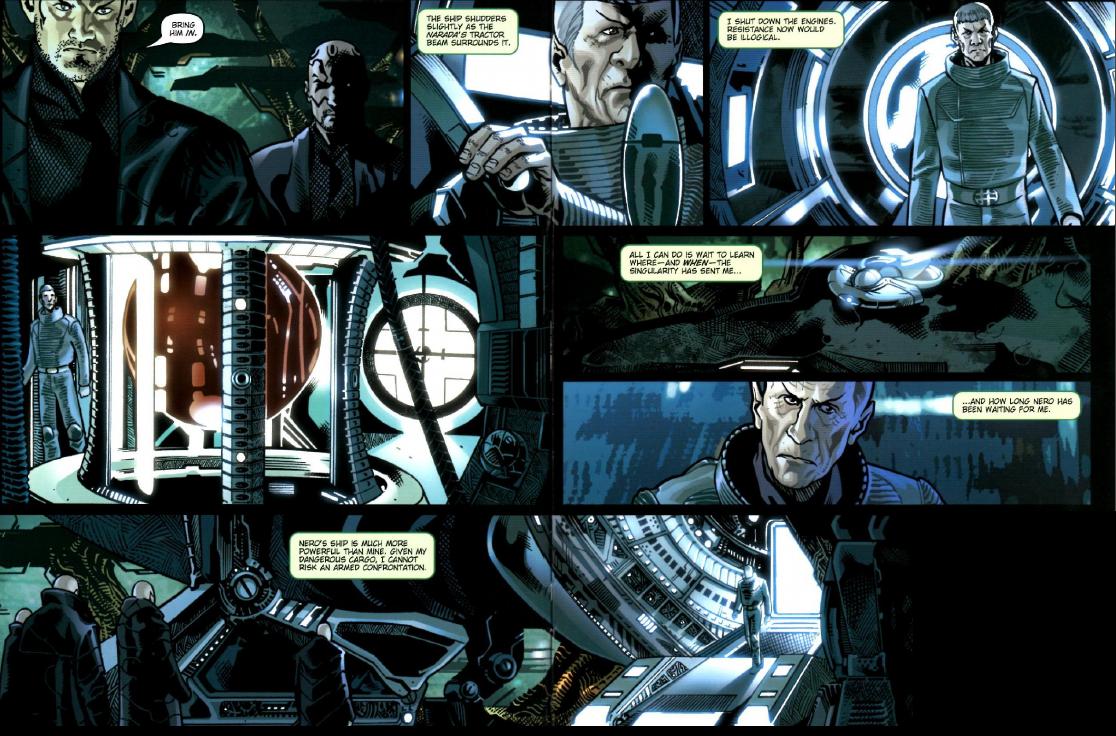 Well in the deleted scene a fleet of kilingon ships surrounded the Narada after it was disabled.

A quick answer is that they are captured by Klingons. Sent to their prison planet which is a mine. And due to his nature Nero and his men actually made a profit for the Klingons. Usually people were just worked to death there.

This is all told in the comic books. There is also some that are acting as a prequel to Into The Darkness

Not the answer you're looking for? Browse other questions tagged star-trek movie star-trek-2009 or ask your own question.

1
Why did Nero wait for over decade after arriving in 23rd century?
19
In Star Trek (2009) why was the Romulan mining ship medical bay full of water

22
Does the new Star Trek timeline have a new mirror universe as well?
10
Do parallel realities take precedence over time travel in the Star Trek Universe?
29
How would Starfleet know what a Romulan looks like in Star Trek 2009?
7
Robert April in the alternate timeline
12
Why so much Red Matter?
13
What was Pike's Dissertation?
3
Why does Spock waste time explaining to Uhura why he is beaming down?
10
How did Lt. Stiles know that Romulan ships are painted with a bird of prey?