What world did Odin offer Sandman?

In Neil Gaiman's Sandman, in chapter 5 of "Season of Mists" Odin offers Sandman a world he created in order to learn about Ragnarok. We can see some warriors from this world, whose Odin, to his surprise did not create himself: 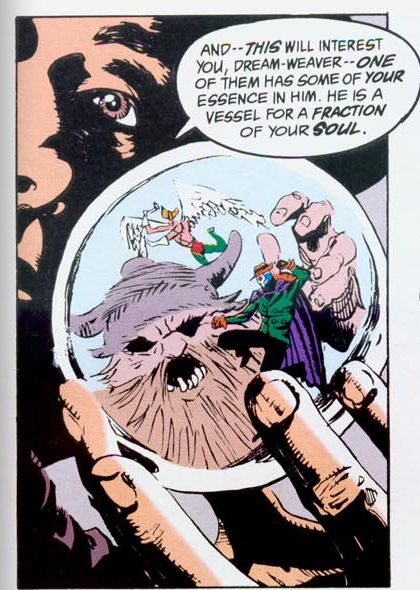 Is there any more info what is this world? Is this one of DC Comics universes?

If so, who are the superheroes visible there?

What Odin offers Sandman (AKA Morpheus, AKA Dream) is a simulated world created by Odin who had been searching for a way to thwart the real Ragnarök. A simulation in which most of the Justice Society of America had been caught, including the Hawks and Golden Age Sandman who, it is established, has some of Morpheus' or The Dreaming's essence in him. 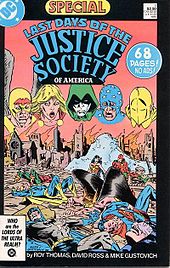 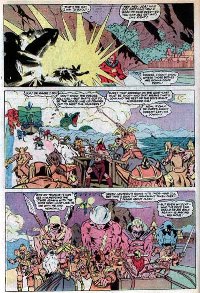 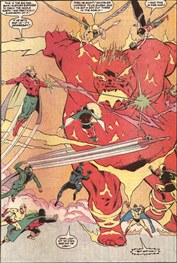 To be specific in 1986 DC Comics decided to write-off the JSA from active continuity. The result was the Justice Society Special: Last Days of the Justice Society, a one-shot story involving most of the JSA. In the story, written by Roy Thomas, the team is forced to battle in an ever-repeating Ragnarök-like Limbo.

Only Power Girl, the Star-Spangled Kid, the Spectre and Doctor Fate escaped the cataclysm.

A minor retcon by Neil Gaiman, along with Matt Wagner, suggested that Golden Age Sandman's (Wesley Dodds) chosen identity was a result of Dream's absence from the realm The Dreaming [events covered in Preludes and Nocturnes], and that Dodds carries an aspect of that mystical realm. This would explain Dodds' prophetic dreams in the DC Vertigo series, Sandman Mystery Theatre by Matt Wagner.

The superheroes visible are (silver age) Hawkman and (golden age) Sandman. They exist (together) within a very wide range of DC worlds and fight together in the "Justice Society of America" comics.

Dr. Fate takes the heroes to the world of Asgard, the home of the Nordic gods, also revealing that Hitler has linked the fate of their Ragnarok, the "twilight of the gods", to that of the universe.

Knowing that the only way to keep Hitler's linkage of the Ragnarok to the universe's destruction from taking place is to change the course of the Ragnarok's outcome, Dr. Fate merges the members of the Justice Society along with Sandy and Hawkgirl with the Nordic gods who are out to battle the demons come to destroy them. Team members Flash, Johnny Thunder, Green Lantern, Starman, Hawkman, Hawkgirl, and Wildcat perish in the battle, 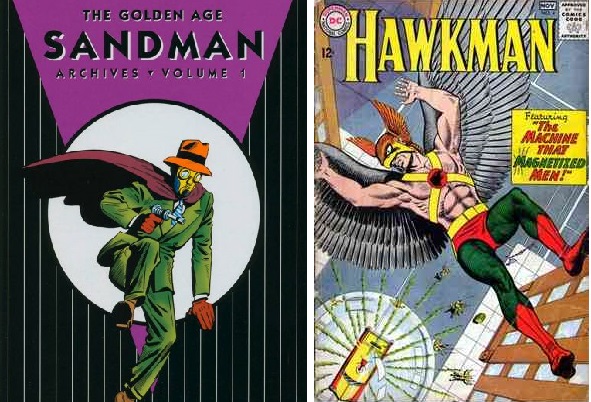 Not the answer you're looking for? Browse other questions tagged dc the-sandman or ask your own question.

12
Which Sandman issue(s) has the man who cannot die?
10
Is there an issue-by-issue summary of Sandman?
22
Why did Gaiman stop using superheroes in Sandman?
38
What line from the Discworld books did Neil Gaiman put into Sandman?
6
What did Morpheus learn in The Sandman: The Dream Hunters?`
11
What are the DC comics "species" being referenced in Sandman Overture?
14
Did Gaiman make up "Loki Skywalker", or does he have a source for it?
8
Has Neil Gaiman's Sandman ever appeared in a Justice League comic?
5
Did "24 Hours" happen in any other comic besides Sandman?