How could the Tollans get through the SGC iris with their phase shifting technology?

The Tollans possessed phase shifting technology that allowed them to walk through solid matter. 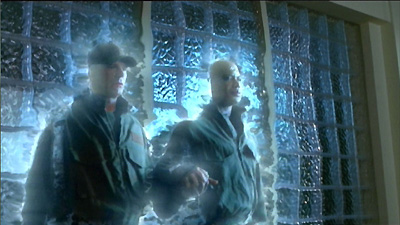 Stargate Command's Iris forms a barrier less than 3 μm from the event horizon, preventing matter from rematerializing, thereby destroying any objects or persons trying to enter. 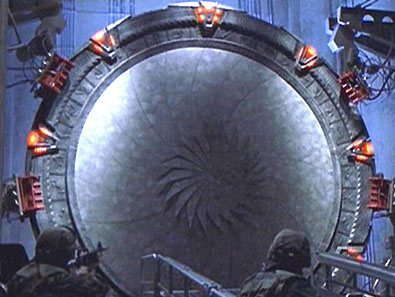 How does the Tollan phase device prevent the traveler from being destroyed by the SGC Iris? Is this explained in canon?

As far as I remember, The Tollan phasing device was introduced before the details of how the iris works were explained toroughly.

Indeed, the first time the iris is introduced, they don't really say much about it. This extract is taken from the Gateworld transcript of the pilot episode "Children of the Gods":

O'Neill starts down the ramp, but he stops and turns to see the metal "iris" suddenly slide across the wormhole, contracting much like the iris of a human eye. O'Neill, Carter, and Daniel stop and stare as the iris closes, completely sealing the Stargate.

The security door slides up, and O'Neill turns to General Hammond, who has entered and is standing at the base of the ramp. We hear, but cannot see, the wormhole shutting off.

O'NEILL: What the hell is that, sir?

HAMMOND: That's our insurance against any more surprises. (as the iris slides back) It's pure titanium - hopefully impenetrable.

Hammond's attention turns back to the ramp, ...

And that's all we hear about it in that episode.

At the time, when someone was attempting to go through the gate with the iris closed, there was a big thud similar to what you would expect if you launched someone against a solid wall. I think the iris was even see moving in some instances. All this doesn't seem very consistent with the "matter doesn't" even reintegrate" iris theory.

So at first the iris was just this impenetrable barrier, and since the Tollan phasing device existed to penetrate otherwise solid objects, it was logical that it could penetrate the iris as well.

The iris was later destroyed and replaced by a trinium-strengthened one in episode "A Matter of Time" but I don't think then explained much more even then (no transcript, and I can't be bothered firing up the DVD right now). Maybe they said a bit more in episode Serpent's Song when Sokar was firing a particle accelerator at the iris.

In any case, I don't know when the 3µ explanation was given, but it was certainly after the Tollans were first encountered in season 1. (I was so wrong about this: it was given in episode 102)

So in my opinion it's one of these small inconsistencies that they didn't really bother to explain in canon.

Joubarc is likely correct, however there is one thing to consider: the Tollan device didn't just work on the person wearing it - it affected the object they were going to move through. Only someone wearing the device (or in physical contact with them) could pass through, but the device made a change to the wall/barrier to be moved through.

At that point, the iris wouldn't be a solid barrier any longer - matter which was under the effects of the Tollan device could exist simultaneously in the same location as the iris. Therefore, the iris effectively wasn't there with regards to the Tollan walking through - he (and presumably the cat they sent through first) were under the effects of the device, and therefore passed through the now-permeable iris.

This is likely related to how in Watergate they could pass through the gate into an area that was submerged - even though the water was pressed right up against the gate, it didn't stop the passage of people or the submarine.

After thinking about this one for a while, I've determined the following.

The Tollan phase shifting device must work similar to how we think Dark Matter works. While it can interact with matter in some ways, it cannot interact with the EM fields, or Strong/weak nuclear force. So, what does that mean?

The force that keeps a person from touching a wall and falling through it is EM. Basically, the electrons on your body repel the surface you are touching. With no EM field interaction, then one could simply walk through walls (Or fall through floors). The Tollan Phase Shifter must allow them to perform similar feats, walking through walls by desensitizing their bodies to the EM fields. Without the Iris blocking the object, it can simply pass right through. Somehow it must sense the floor, stopping them from falling through the Earth.

Not the answer you're looking for? Browse other questions tagged technology stargate stargate-sg1 or ask your own question.

43
Why did the Tollan get wiped out?
13
Could the Ion cannons of the Tollans penetrate the shield/defense technology of the Asgard?
35
Where does the iris on the SGC stargate retract to?
8
How did Samantha Carter walk through the Stargate from SGC to Atlantis
7
How come the stargate doesn't burn through the iris?
0
Why does the SGC use the iris?
10
Wouldn't being underwater be the same as burying the gate?
3
How did the Wraith get through the iris in “Midway”?
3
How do the SGC address codes work?