What are some things that only Jedi Masters could do, and not new Jedi Knights (or Padawans)?

Was the difference in the things that a Jedi Master could do with the Force and the things a newly-Knighted Jedi Knight could do, simply a matter of practice and familiarity?

Did promotion to Knight mean that the Jedi Padawan already knew all skills that a Jedi Master would know, with the difference in level simply a matter of practice-making-better-the-skills-you-already have; or does canon give us any skills that were reserved to be learnt only by Masters or experienced Knights?

According to the sourcebook "The Jedi Path: A Manual for Students of the Force" the answer is that the title of Jedi Master is precisely that, a title.

This honorific can be gained in a variety of ways:

There don't seem to be any additional mysteries that you're inducted into when you become a Master, nor are there any obvious force talents that are off-limits to mere knights.

Being a Jedi Master vs. a Jedi Knight seems to be primarily a point of experience & versatility. The moment that marks a Jedi Knight as ready for masterhood varies with each individual, but seems largely to depend on an understanding of the Force. Knighthood is concerned largely with the practical aspects of the Force, whereas Masterhood is more concerned with the philosophical aspects of its use.

Probably the earliest mention of this difference is Ulic Qel-Droma's death in "Tales of the Jedi: Redemption" some 4000 years before the movies... 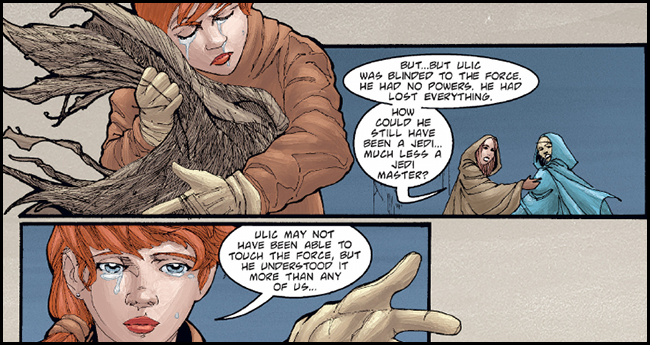 Later references would be something like the scene from "Legacy of the Force: Betrayal" where Mara Jade has to do multiple tasks at once:

Yes, any Jedi Knight might know one of these three techniques - most commonly, the technique of levitation. But only a Jedi Master was likely to know all three or be able to sustain them simultaneously across such a broad distance.

... or the scene in the same novel where Luke asks Jacen Solo to undertake a seemingly suicidal mission and explains why he chose him instead of a master:

Third, your specialized training in alternative philosophies of the Force makes you more versatile than many other Jedi - than some Jedi Masters, in fact - making it harder to stop you.

Found this in Wookiepedia. It seems that the process is quite arbitrary although it does require a certain level of devotion and knowledge of the force.

The rank of Master was a title bestowed upon very few Knights in every generation. As such, Masters made up the smallest percent of the Order's membership. The most common path to this rank was to train several Padawans as a Knight, typically one right after the other, and have them all successfully pass their Jedi Trials. If one did not wish to train several students, a Knight could choose to undergo a modified version of the Trials of Knighthood, or gain attention for their service to the Republic. Each of these feats could gain the High Council's acknowledgment and result in a promotion to the rank of Master.[1] When Luke Skywalker reformed the Order following the Great Jedi Purge, he promoted his students to the rank of Master based on their degree of mastery of the Force. As the Order began to grow, most Masters were promoted based on the extraordinary deeds they performed for the New Republic. One well known example was the promotion of Jedi Knight Kyle Katarn following the defeat of the Dark Jedi Desann at his blade.[2]

So in the case of some, it can be a greater knowledge of the force in comparison to other Jedi's and in other cases it is based on extraordinary deeds.

109
Is Luke Skywalker actually a Jedi?

4
Was Yoda a Padawan or a Jedi Knight?
19
In-universe etymology of the word 'Padawan' and existence of similar titles for other Jedi ranks
12
Why did the council assign Ahsoka as apprentice to Anakin?
6
What are the 'standard' Jedi Knight force powers?
10
When do a Jedi and a Sith become ready?
49
Why was Anakin allowed to wear black robes?
9
Where does Rey currently stand in the traditional path of progression to Knighthood?
5
Why didn't Yoda & Obi-Wan stay around to help rebuild the Jedi Order?
2
Do Jedi masters/knights take responsibility for their turned padawans?
3
Can a Padawan be taken from their Jedi Instructor?