Is there a TV show/movie with humanoid aliens evolved from elephants?

Before we get started, be aware that this may just be a figment of my imagination.

I have a memory from some years ago (late 90s/early 2000s) of seeing a picture of humanoid aliens evolved from elephants in a sci-fi magazine (probably SFX, from the UK).

From the picture in my head, the aliens still had an elephant-like trunk on their face, but were humanoid. (I don’t recall how large their ears were, or whether said ears were shaped like Africa or India.) I think this alien was wearing some sort of space suit, though not with a helmet.

I thought this was a promo shot from Stargate-SG1, but I can’t find any mention of humanoid/elephant aliens in Stargate.

I also can’t find any mention of such a fictional creature via Google. The nearest I get are the Elcor from Mass Effect (who don’t look like my memory), and the Engineers from Prometheus when they’ve got their helmets on (also not particularly close to the picture in my head, and not designed at the time I remember seeing this).

Did my brain just make this up?

Do you mean Max Rebo from Star Wars? 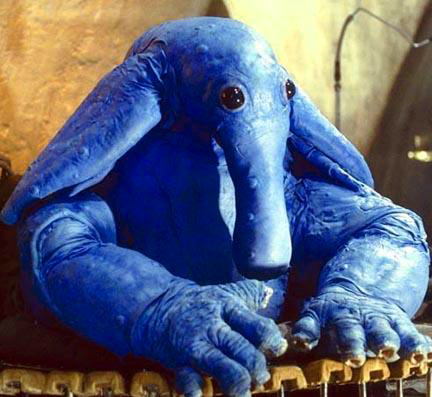 Max Rebo, whose real name was Siiruulian Phantele, was a male Ortolan who was known as a popular musician and head member of the Max Rebo Band. He was a skinny Ortolan, the youngest of five children.

How about the poster for Captain Eo at Disney? Note the little elephant guy in a space suit. 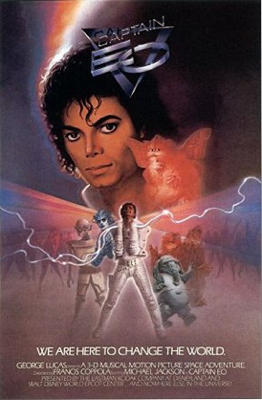 While it's fantasy, not sci-fi, is it possible you're thinking of the Loxodons from Magic: the Gathering or the Loxo from Spelljammer? The latter are even technically aliens, having come from a different crystal sphere.

I think I saw that movie too. Here's a clip from the film called Los Nuevos Extraterrestres or the Pod People. Is this the movie you're thinking about?

The recent film Jupiter Rising had a character called Nesh who was a humanoid elephant person. 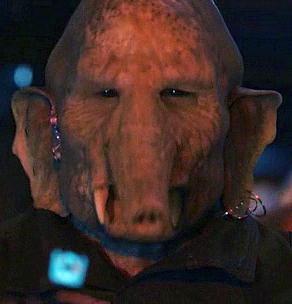 2
Scifi TV Show which had the common "Aliens invading the world" sort of setting?
9
Identification: An old alien movie with a black & white footage of two captured alien beings
2
Late 80s sci-fi show or mini series where humanoid aliens (with a hand protruding from their chest) live among us
11
Sci fi novel where Earth is occupied by a colonial power (alien )
9
Short story with an alcoholic being pursued by imaginary animals that other people can see
6
Anime where girl turns into crystal/stone/glass and dies?
7
TV show, Humanoid Aliens spaceship crashs in Alaska, Half escape, Half are captured
2
Movie with the last of an alien race at the end?