Is there any additional information regarding formal dress uniforms for Starfleet personnel, from the first motion picture?

Some could say the admiral's uniform seen in the first movie was a dress uniform, but I am curious about the same from other ranks in TMP.

A full set of uniforms (including Dress uniforms) were designed by the film's Costumer Designer, Bob Fletcher.

This was discussed at some length in the book "The Making of Star Trek : The Motion Picture" by Gene Roddenberry:

Fletcher not only devised uniforms for all the crew, but, as with most military services, there are several classes of uniforms.

Dress uniforms are worn only on formal occassions and at Starfleet Headquarters. The best example of this can be seen in Admiral Kirk’s uniform worn at the beginning of the movie, with Bill Shatner wearing the crisp loden green and white uniform. 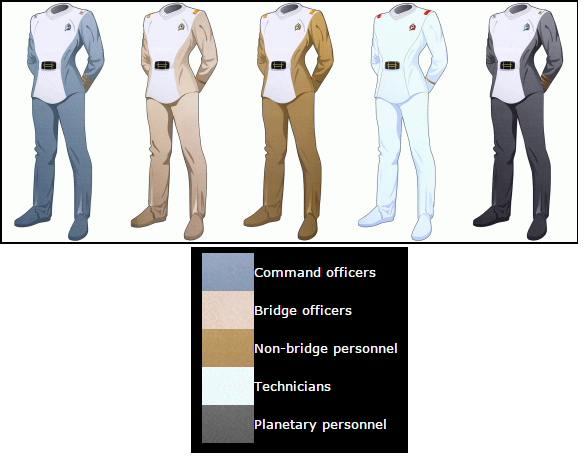 Not the answer you're looking for? Browse other questions tagged star-trek star-trek-uniforms star-trek-the-motion-picture or ask your own question.