Was it coincidence that the TARDIS in “siege mode” resembled the Pandorica?

My wife and I both loved the fact that the TARDIS in siege mode looked almost exactly like a mini Pandorica, as if the Chameleon Circuit had decided to emulate the most impregnable thing it could think of...

But then later-on, the Doctor seems to hand-wave this away by simply saying it was a box covered in Gallifreyan glyphs...

What should we infer from this, if anything?

Aside from being a box, there doesn't appear to be much resemblance between the Pandorica and the "Siege Mode" TARDIS.

The original prop artist hasn't identified any linkage between the two artifacts, other than the fact that they're both inspired by Galifreyan artwork.

The making process of any prop always starts with a concept that has been 'locked' and agreed by the Doctor Who art department. The cube was designed by Chris J Lees who provided me with this fantastically rendered drawing. I requested a vector based drawing mapping out the design. This would ensure the Gallifreyan designs would meet in the corners to create a continuous pattern.

By a stroke of luck (honestly it wasn't deliberate!) the dimensions of the cube were identical to the 'Power of three cube', one of the replicas that we already manufacture here at Rubbertoe. Using one of our black cubes I transferred the printed out design onto each face of the cube to familiarise myself with the three dimensional piece and check all lines met.

If anything, it more closely resembles a unlit TARDIS distress beacon. 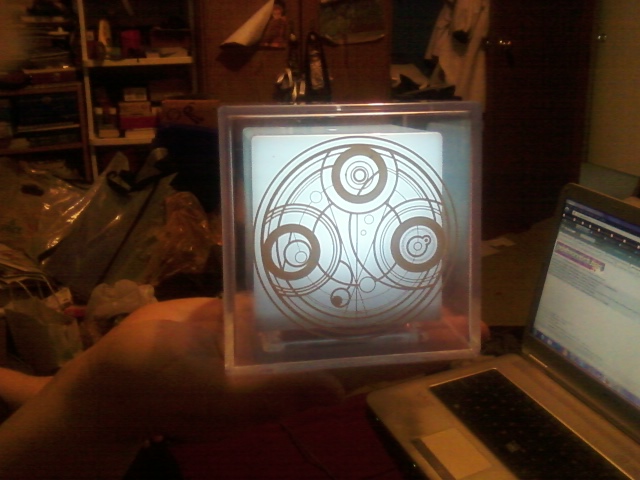 From a production standpoint it is likely there are no relationships between the Pandorica set, the Siege Mode TARDIS and the Message Hypercubes used by the Time Lords.

If what you mean is "Could there be a relationship between the use of cubes "in-universe" relating to technologies shown in Doctor Who?" you are probably onto something, prop masters notwithstanding.

Speculation based on Observations 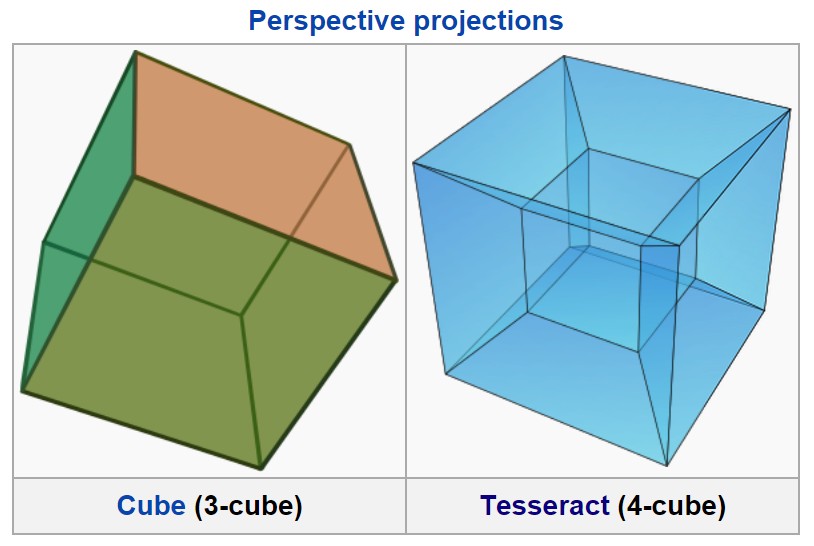 I would imagine a species whose obsession with time and their ability to create objects using tesseracts (A TARDIS space which is bigger on the inside for example) might have an interest, nay an obsession with the cubic form, if for no other reason than it is the earliest mathematical model of extra-dimensional space.

Now imagine what we DON'T see when we look at the TARDIS or the Pandorica or a Message Hypercube.

The Pandorica was actually a prison built by the Alliance for the Doctor to stop him from inadvertently destroying all of creation in every Universe. They believed the Doctor would be responsible for the destruction of existence itself. (TV: The Pandorica Opens)

The Alliance used the lure of the Pandorica to trap The Doctor. There were many layers of security in the Pandorica including deadlocks, time stops and matter lines. It even had a restoration field to stop the Doctor from dying, which the Alliance believed a form of escape. 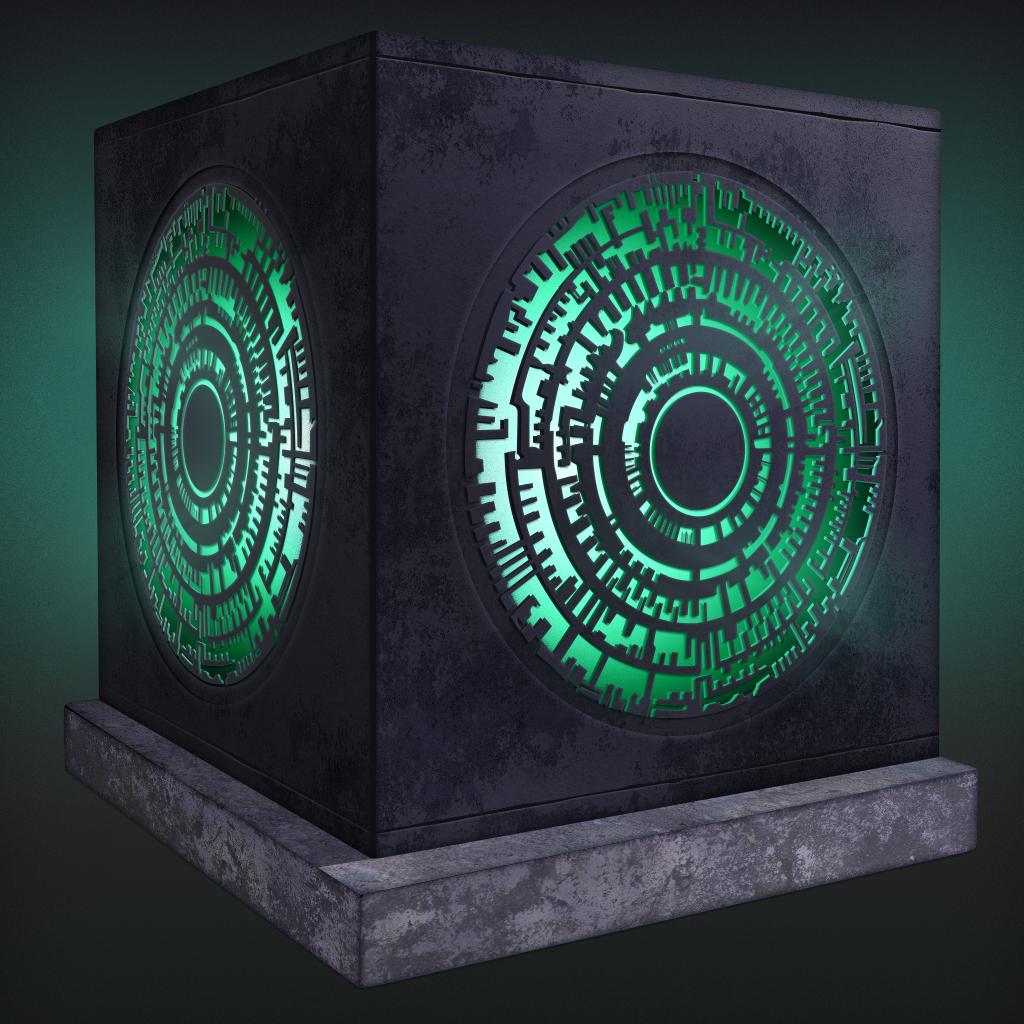 You got it. The fundamental structure designed to represent fourth-dimensional space, a hypercube. But because we are three dimensional beings we only see the Pandorica in three dimensions. We lack the ability to visualize the temporal locks and barriers that surround the device keeping it from being manipulated by time-travelling meddlers.

What about those message cubes which, coincidentally are also called hypercubes. Do you suppose it is accidental they too are in the shape of cubes? The perfect shape, indeed, the fundamental shape for a species obsessed with time travel? 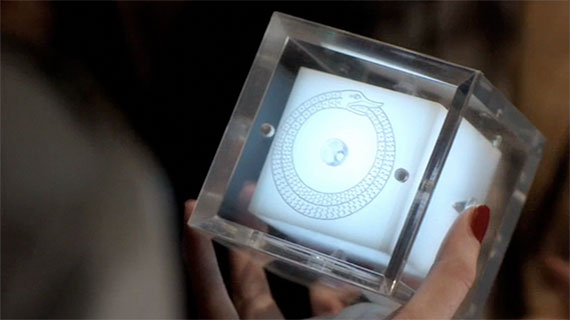 As to the "Siege Mode" TARDIS, I wasn't surprised to see the TARDIS taking on this form as it locks itself OUT of our universe as a safety precaution. (See my entry: What is the TARDIS' true weight?) 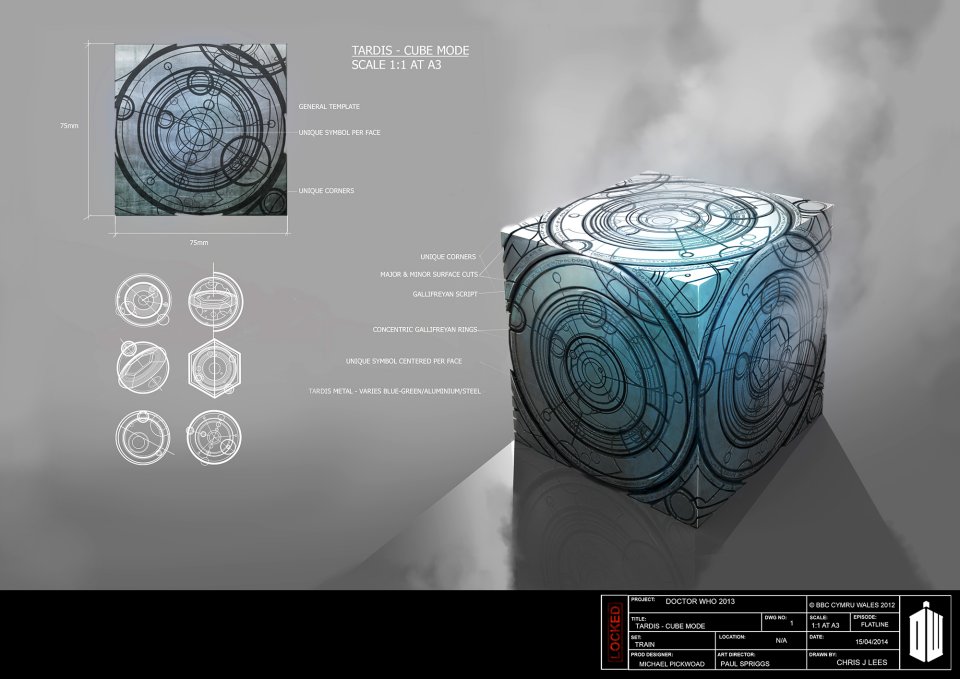 Siege mode was a feature of the Doctor's TARDIS that could be activated using a lever under the console to prevent entry or exit. Additionally, it appears to make the TARDIS impervious to all external damage. Siege mode required power to activate or deactivate.

The Twelfth Doctor activated it when his ship was in the path of an oncoming train with no shields. While in siege mode, the Doctor's TARDIS no longer had the appearance of a police box, but of a cube with Gallifreyan symbols along its sides. (TV: Flatline) 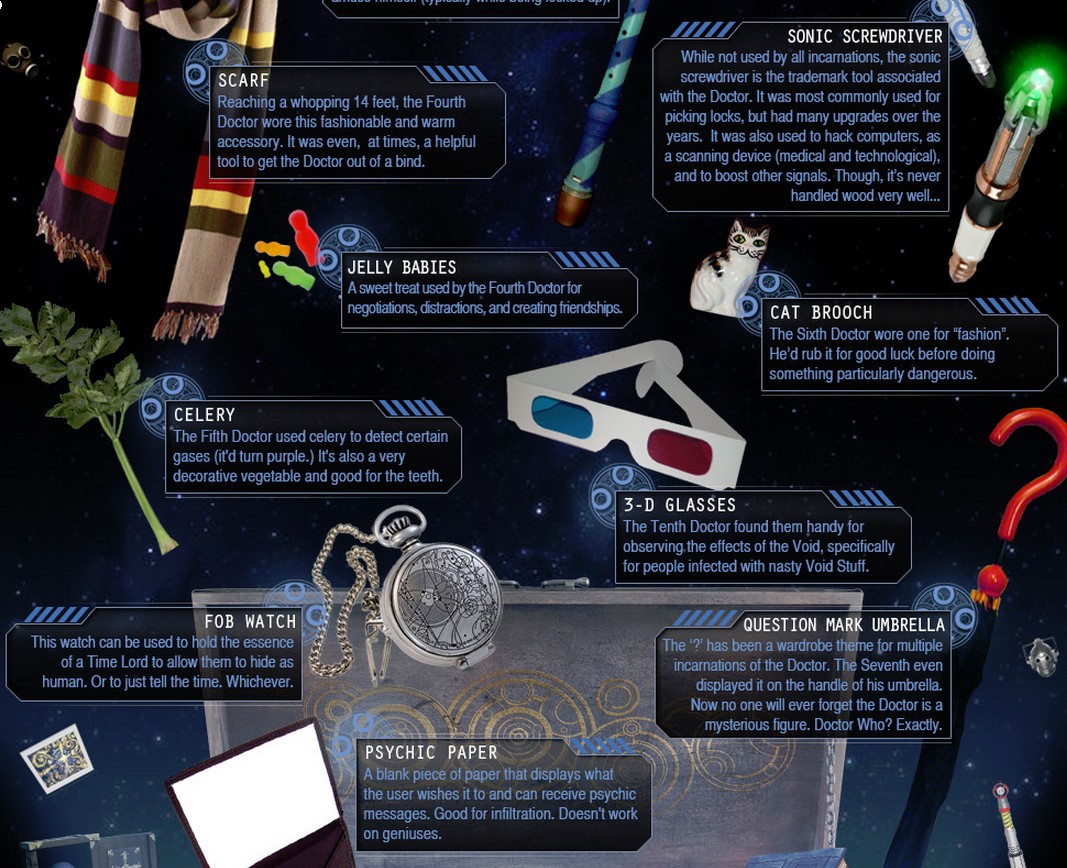 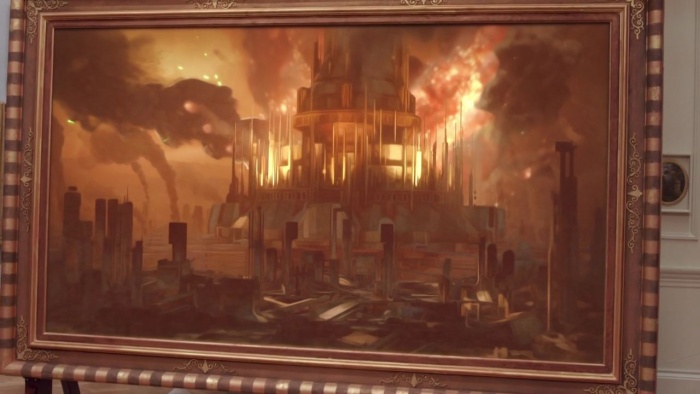 Gallifrey Falls No More, a stasis cube slice of time, appearing to anyone looking at it as a very sophisticated oil painting.

TARDIS Wikia regarding Stasis Cube: Later, having circumvented the time-lock and travelled back to the events of the Last Great Time War, thirteen incarnations of the Doctor came together to lock the planet Gallifrey in a stasis cube, thus saving the planet while making it seem that the Time Lords and Daleks finally obliterated each other. (TV: The Day of the Doctor)

Are the shapes of these devices, the Pandorica, the "Siege Mode" TARDIS, the message hypercubes related? 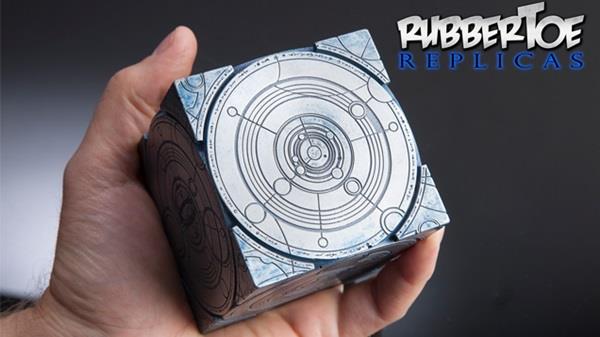 I have this offbeat theory that maybe, the Doctor NEVER LEFT the Pandorica - that EVERYTHING after "The Pandorica Opens" is a carefully constructed fantasy constructed for him by the Pandorica to keep him from going mad, while a prisoner inside. Hence it's no coincidence that the "siege mode" TARDIS looks that way - it IS the PANDORICA!

14
What is the TARDIS' true weight?

12
Has the TARDIS been in cloaked-mode before?
13
Where was the TARDIS made?
9
What episodes do Chameleon Circuit reference in their first two albums?
1
If a full power Tardis went into siege mode how big would it be?
4
Did Madame Kovarian originally come from when Trenzalore was under Siege?
3
Why was the 11th Doctor flying the 10th’s TARDIS?
12
Was the Doctor’s TARDIS inside Clara’s?
9
In “The Pandorica Opens”, how does the alliance reach the Doctor?
11
Dealing with the Pandorica Paradox