Why was the train marked A113?

In Doctor Who; Flatline (Season 8, episode 8) one of the trains was marked as the A113.

This is a common enough reference in American shows given that it's something of an in-joke for those who trained at the California Institute of the Arts, A113 being the room in which first year Graphic Art students are situated.

The official BBC "Fact File" even mentions it:

One of the train’s featured in Flatline is clearly numbered A113. This designation is often featured in films created by former students of California Institute of the Arts, referring to the classroom used by graphic design and character animation students. As such, A113 has appeared (with varying degrees of subtlety!) in TV shows such as The Simpsons and Family Guy plus movies including Toy Story, Monsters University and The Hunger Games: Catching Fire.

So what (or who) is the connection between Doctor Who and Cal Arts' A113? 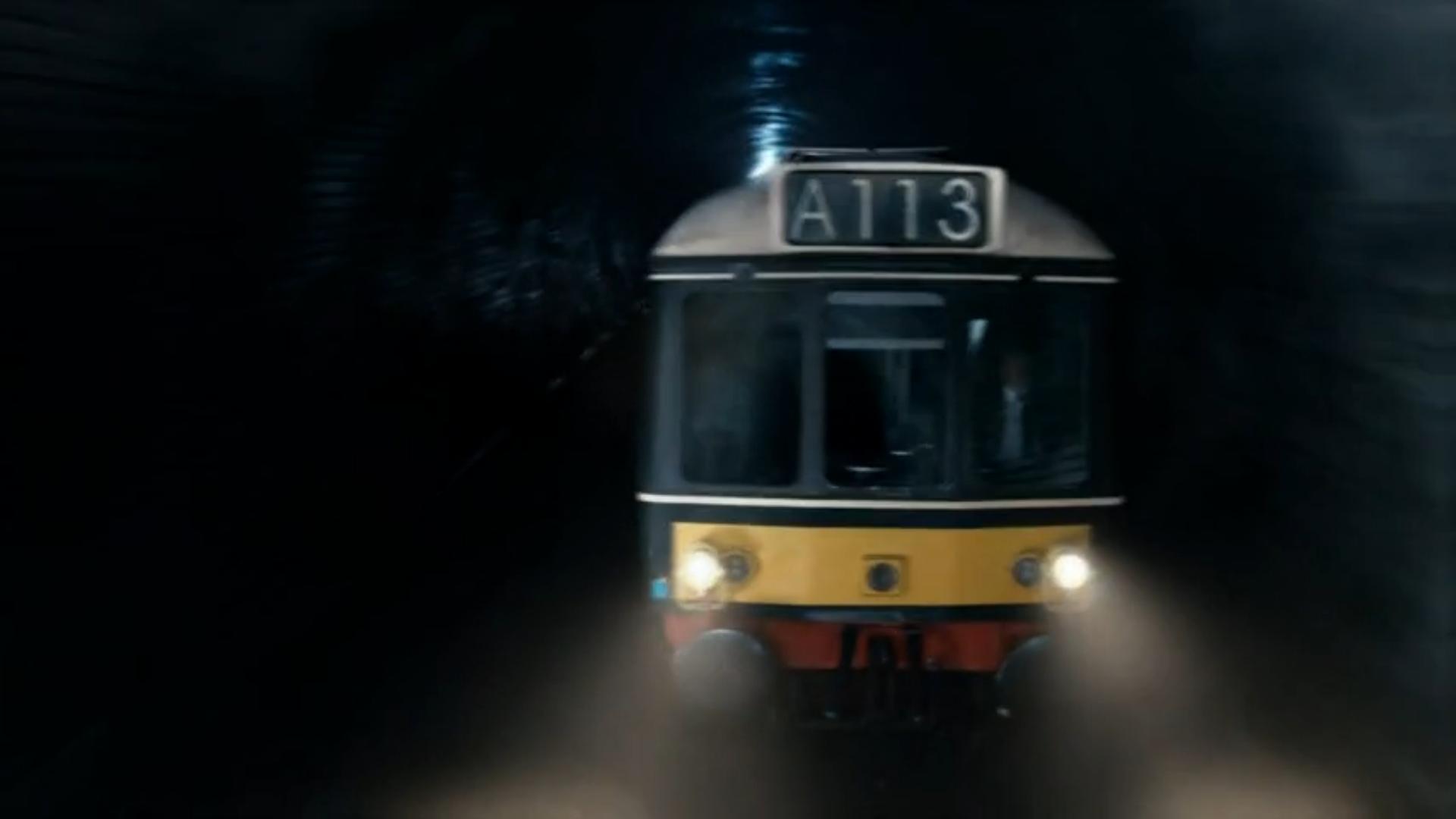 After extensive Googling, there doesn't seem to be a direct connection.

However, there does seem to be basis for thinking it's just a homage to Pixar and the A113 meme, because this isn't the only homage in that episode:

There's also a homage to Addams Family's "The Thing"

CLARA: No, I mean you move the Tardis. Like
CLARA [OC]: Addams Family.
(As the train bears down on him, the Doctor sticks his hand through the doors and turns the Tardis upright, then uses his fingers to walk along the concrete, over the recessed track and then slightly up a slope. He pulls his hand in and closes the door in order to celebrate with the Addams family theme tune.)
DOCTOR: Ha! Di di di. (transcript)

I actually work at the railway that the exact Dr Who episode was recorded at. To prove, I'm a volunteer at the Gloustershire Warwickshire Railway. (GWSR)

The train itself wasn't CGI, It was indeed real.

A113 is the route identification code which older trains used on British railways. The 'A' in the code A113 means that the locomotive was working a express diesel car service.

Hope this all solves your questions :-)

This story was indeed filmed at the GWSR and the location used was the Greet tunnel, a simple Google search off the GWSR and its connections with the Doctor Who episode will confirm this. The train and tunnel are very real although certain scenes were obviously CGI and on a set, however the location and train are real. I can't however and not convinced that A113 is a route as there's no reference to this on the GWSR website, it is imo most likely that the number was used by the FX department in homage to the classroom where they studied.

7
Why was the Doctor angry in Journey's End?
5
Why did the Valiant still exist after time was rewound when the Master was defeated?
3
Why was Kate the only one subjugated by the Zygons?
5
Why was River Song arrested?
18
Why was the Doctor's memory wiped?
14
Why was the psychic paper blank for George?
3
Why was the 11th Doctor flying the 10th’s TARDIS?
4
How does the Silence train / raise this person?
2
Why was the authority of the Witchfinder General accepted so readily?