There is a scene in X-Men 3 - The Last Stand where Wolverine is left with an unconscious Jean Grey/Phoenix in the 'X-Lair' under the School for Gifted Students. She awakes from her coma and, after a short conversation & intimate moment with Wolverine, starts rattling stuff and making a right commotion. She eventually leaves Wolverine for dead.

It is my assumption that Professor X and Storm are just upstairs in the mansion, but Professor X doesn't seem to feel/sense anything psychically and only goes downstairs with Storm some time later, completely surprised with the scene that they're confronted with.

Now, I understand that Jean's powers are more telekinetic that psychic, and it could very well be that Storm and Xavier have popped out to do some shopping or something (and therefore weren't close enough to hear or feel the awakening of the Phoenix), but I would have assumed that activity on that scale would have been felt by the Prof.

Are my assumptions wrong, or is there some canonical evidence (comics or movies...I'm easy!) that the lair under the mansion is somehow protected against psychic activity and therefore Professor X wouldn't have noticed the surge in activity?

The X-Men Annual (Volume #2) gives a pretty good idea of the layout of the "X-Mansion".

Assuming the film layout is similar, the operating theatre is at least 50-100 feet underground. This would be easily enough to shield the house overhead from both the noise and the minor vibrations that the Phoenix is causing, as well as possibly providing some shielding from the psychic tremors taking place. 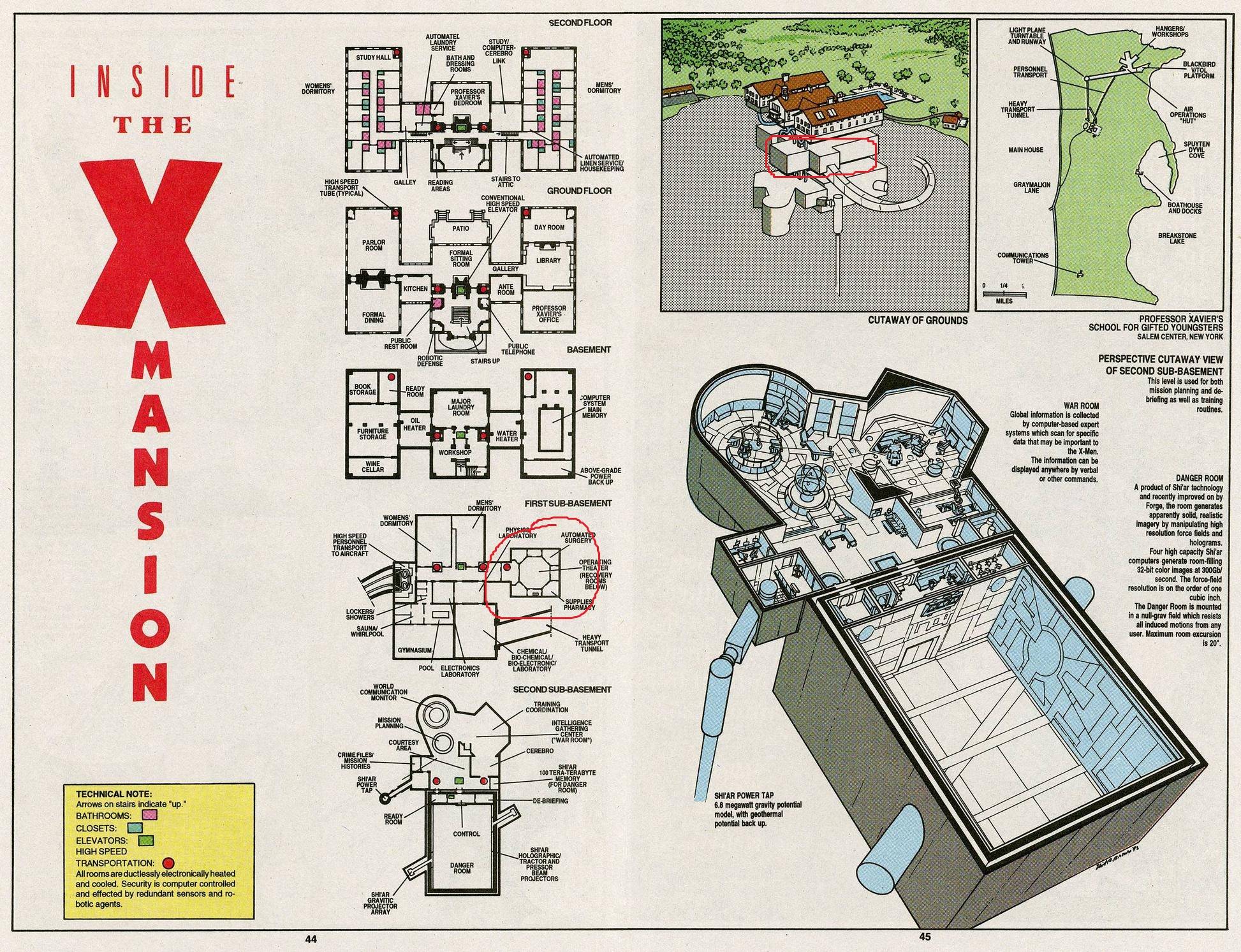 Not the answer you're looking for? Browse other questions tagged marvel x-men x-men-the-last-stand or ask your own question.

26
When did Spider-Man fight against the X-Men?
19
In last scene of X-Men: First Class, why didn't Xavier use Shaw against Magneto instead of begging and losing?
15
Are Storm's mutant powers plausible?
0
Who are the X-Men in X-Men Regenesis?
10
Is there a set limit on mutant abilities, where they're deemed too unrealistic?
0
How are the events in “Wolverine and the X-Men” integrated into to AvX storyline?
4
How do Xavier's leg braces work in Wolverine & The X-Men?
8
Why was Beast suprised by the cure in X-Men 3?
4
What is the first appearance of the X-Men jet?