Looking for a book about magic shadows

I remember reading a book that was about a boy learning to control his shadow, everyone had their own shadow and his was particularly weak. I recall early on he had to fight someone much stronger with a dragon shadow, but that's about it. Anyone know what this book is called? I've been looking for years, and all my attempts have turned up empty. I believe he may have been attending some sort of school, I think the fight with the dragon shadow was some sort of coming of age test. If I remember anything else I'll place it here.

It could be the Seventh Τower series by Garth Nix. 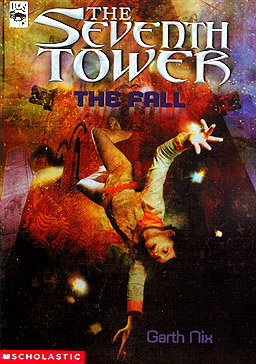 It's fairly vague, though in the first book the protagonist has an encounter with a dragon shadow servant.

A witch wants to go on holiday, so persuades a boy to look after her shadow, which sticks to his feet alongside his own. But the boy's shadow is bullied by the witch's shadow, and runs away.