Is Oliver’s costume in the TV show Arrow armored?

Is the costume that Oliver Queen wears in the TV show Arrow armored?

If so, what material is the armor?

To be clear, this question is about the costume that the character Oliver Queen wears, not the one that the actor Stephen Amell wears if there are any differences.

Technically, the Arrow television series does not ever tell viewers whether the costume the Arrow wears is armored. Given the nature of his work, battling armed gunmen on a fairly regular basis, there should be some kind of armor resistance woven into the suit. Given this is the DC Universe, complex and capable armor technology should exist. (See: Batman)

We are forced to consider the canon and delve into a tiny bit of historical speculation between the Arrowverse and the canon DC Universe.

In the canon DC Multiverse

Green Arrow in his first costume now considered the Golden Age, Earth-Two costume; his most well known appearance during the Silver Age, where he wore almost no armor. 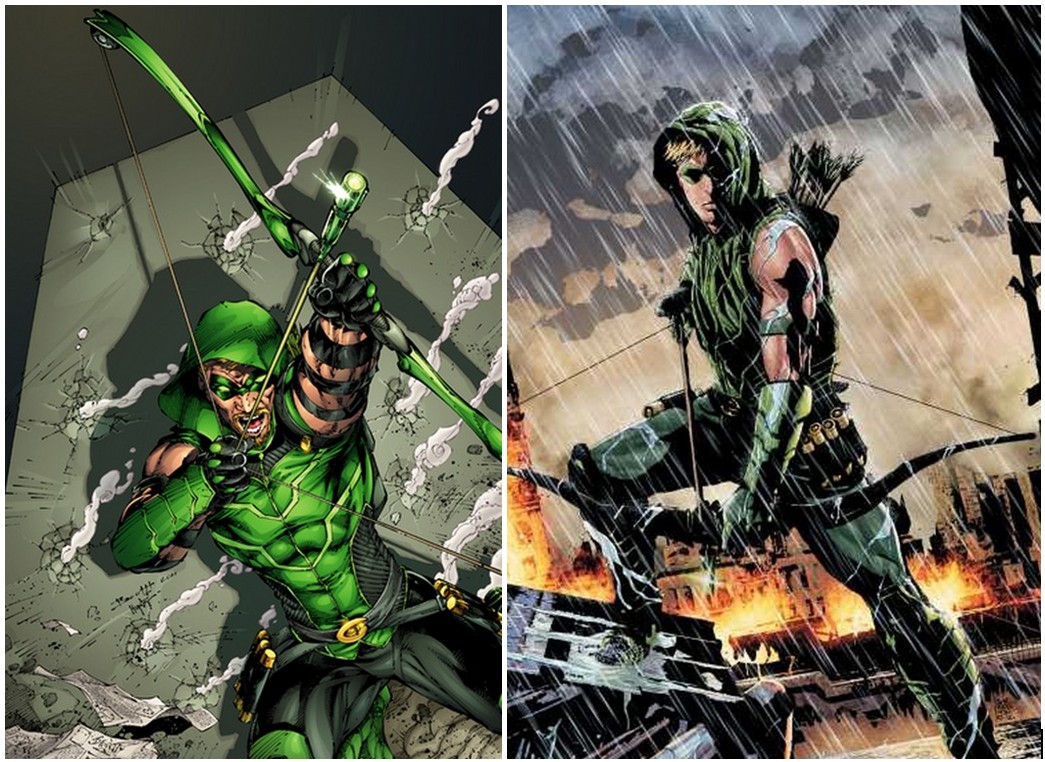 We are never privy to the creation of the costume in Arrow, so we don't know its specifications, whether it is actually armor or just meant to be camouflage. Given Queen's previous wealth, he should be able to afford the best in personal body armor, making it as light as possible while still offering superior protection. 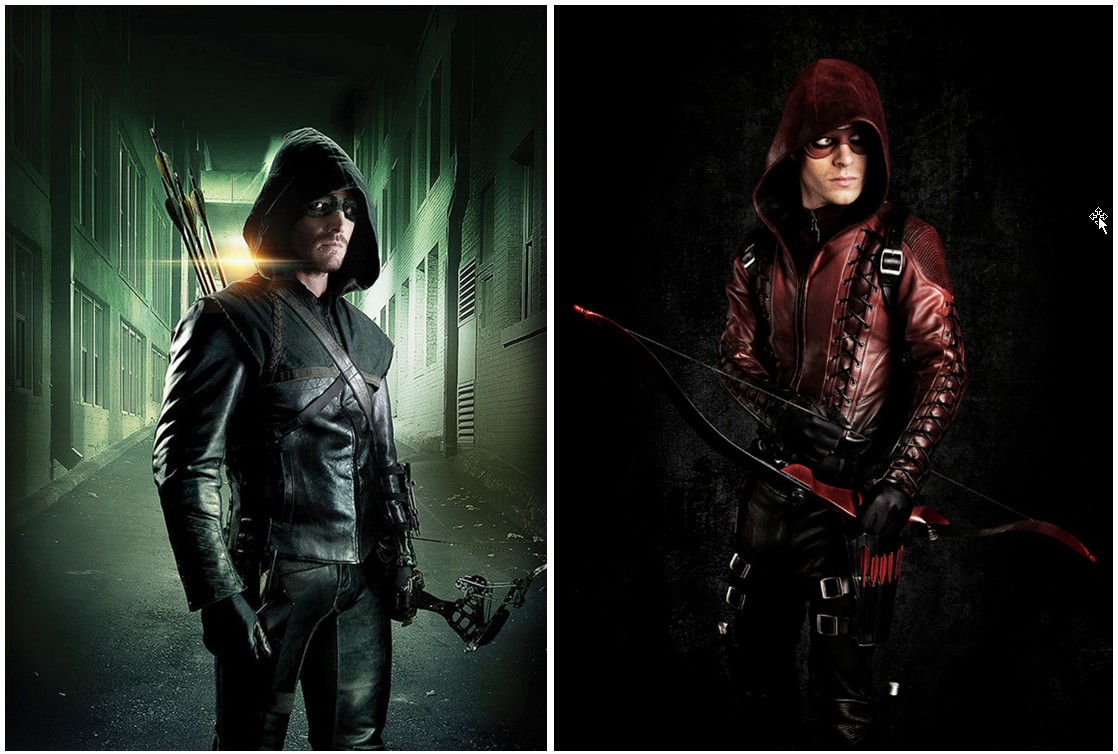 For comparison, consider the one of the Arrow's most dangerous foes, Deathstroke. 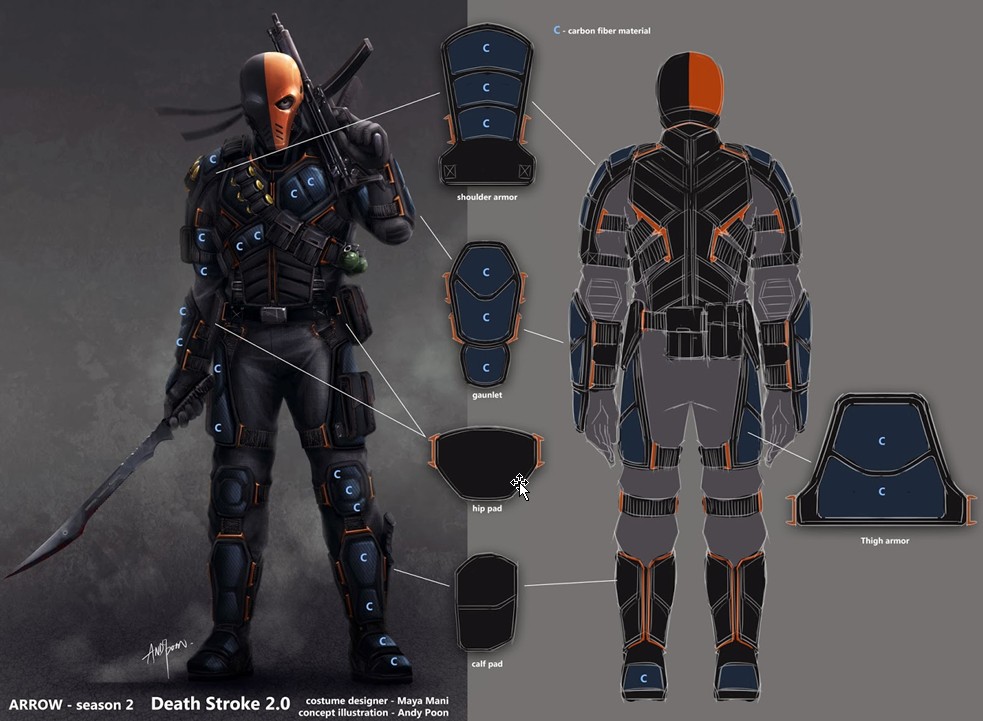 UPDATE: It would appear a confirmation was made in the cross-over episode The Brave and the Bold (a tribute to the crossover comic by the same name) in which we discover Oliver's costume indeed DID NOT HAVE ANY ARMOR. (Pathetic and a bit crazy...)

CISCO: We got a gift for you, too, Oliver. Early Christmas present. Turns out S.T.A.R. Labs' industrial fabricator was based out of Starling, so Polymer Kevlar weave. It's 25% lighter and can carry 15% more gear. I've got designs I'm working up that I'm really excited by.

CISCO: I wanted to replace the hood, but, uh, Felicity said it had sentimental value.

Latest episode of Arrow "The Brave and the Bold" Team Flash tech dude (Cisco) says at the end of the show that he has made "improvements" to the suit. He mentions Kevlar or some such armored protection. So to answer the question prior to this episode the Arrows costume in the show didn't have any protection.

@Monty129 The exact episode 3x08. Approximately 38:20 into the show Cisco starts referring to the armor change.

We got a gift for you, too, Oliver. Early Christmas present. Turns out S.T.A.R. Labs' industrial fabricator was based out of Starling, so... Polymer Kevlar weave. It's 25% lighter and can carry 15% more gear. 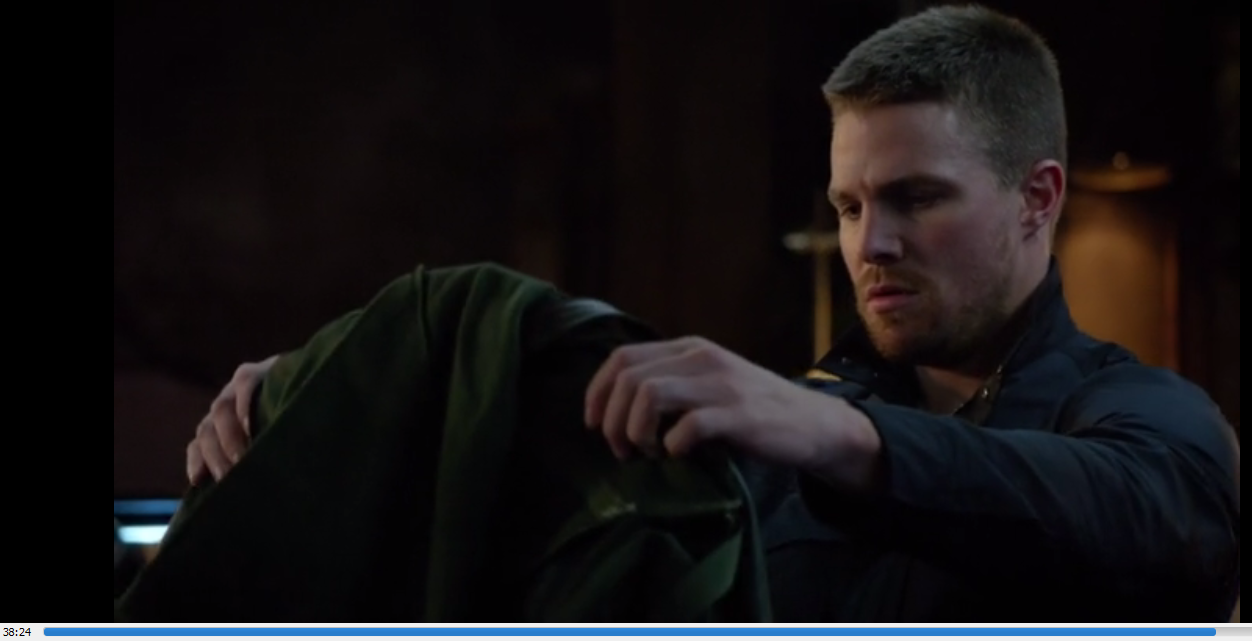 15
How does Oliver know he's grabbing the right arrow?
8
How could nobody recognize Oliver Queen as Arrow
6
How can this fall in Arrow plausibly be survived?
6
Did any DC comics live-action adaptations cross over before The Flash?
8
Why does Thea forget who the Arrow is in season 3?
8
Are there any female characters in Arrow whom Oliver Queen didn't have a relationship with?
3
Why don't the characters in “The Arrow” use these for everyone?
0
Why didn't Rip Hunter recruit The Flash and Green Arrow on the team?
6
How did Susan make the connection to Oliver Queen being the Green Arrow but not the Hood/Arrow?
9
How did Green Arrow manage to make that arrow in the Crisis on Earth-X crossover?