I vaguely recall the plot being a symbiotic alien transfers to humans from a black rock and controls them. One scene even showed them having the rock in a glass container with rubber gloves so they can handle it later on and as they put their hand close to it they could even see the alien reach out to the hand. 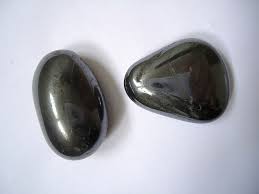 Have a feeling I saw it on the Sci Fi channel well before it was Syfy.

story-identification movie
Share
Improve this question
edited May 17 '19 at 6:40

I think it's the TV movie Invasion, (1997), with Luke Perry. (Different from the one suggested by Mooz.)

Small rocks fall from the sky which, when touched, trigger a latent virus that has always existed in humans and begins mutating them into an alien species.