How can the Flash stay on the ground?

In The Flash, S01E01, the Flash was running around a tornado; at that speed he should detach from the ground, shouldn't he? Or is gravity that strong?

Not necessarily. The Flash may have been running around the tornado but he was also create a counter-vortex designed ultimately to destabilize it. If he was able to stay out of the active vortex region, he shouldn't be affected at all. 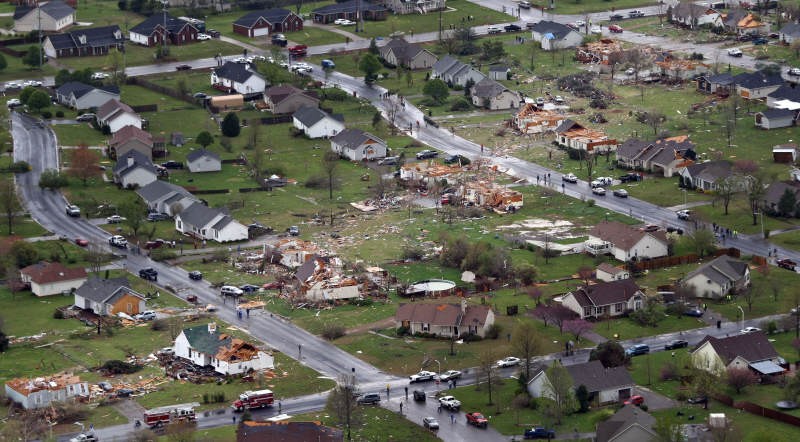 As far as the Flash staying on the ground via his own movement, it is an established phenomenon, he does not take flight during the use of his powers. High speed does not necessarily mean "flight-capable".

This is a video of one of the fastest cars in the world moving at the Flash's cruising speed of over 200 mph. It does not take flight because it does not have lift surfaces promoting flight, via Bernoulli's Principle.

Usually at those speeds you'd need a substantial amount of downforce to counteract the tendency of most objects to lift off the ground. E.g. F1 cars are designed as an inverted airfoil to generate downforce exceeding the weight of the vehicle+driver (so, in theory, they could drive on a ceiling once they hit top speed).

I don't think Dennis' assumption is correct, as it doesn't explain Flash's ability to run up vertical surfaces. Simply increasing mass/density wouldn't keep him in contact with the wall (especially considering the additional normal force generated by running compared to that of a wheel--i.e. each step you take temporarily launches you off the ground until gravity brings you back down).

The simplest/most convenient explanation is that the Speed Force which grants all speedsters their abilities also helps maintain traction against the surface they're running on. So if he's running on the ground, he stays on the ground without needing a bunch of wings and fins sticking out of his costume.

"You've probably heard of the "force of gravity," and you may have heard of the equation "F=ma." What this equation means is that the force on an object is the same as the mass of the object multiplied by how much it's being accelerated."

I would say his mass increases during acceleration. From my authority as a comic book artist:) http://sweattshop-graphic-artist.blogspot.com

9
Can The Flash think faster?
4
Can The Flash turn off his powers?
7
How fast is Barry really at the beginning of the Flash 2014 TV series?
7
Does the Flash slip on ice?
5
Why is Zoom sending metahumans to kill the Flash?
3
The Flash S02E20 : What does 'Barry Allen is trapped in speed force' means?
3
How can The Flash carry multiple people at once?
0
Does the Flash have super strength?