What is the source of magical energies in the DC Universe?

In the Marvel Universe, magicians like Doctor Strange draw their magic from three main sources:

While every magic user in the Marvel Universe does not perform magic the same way as Doctor Strange, many of them use some variation of these three sources of magic: personal, extra-dimensional manipulation or divine/infernal invocation. They may also use magic from spell books or tomes such as the Necronomicon or the Black Bible.

Is the DC Universe structured in the same fashion or does magic work in a completely different way there?

Magic in the DC Universe has multiple points of access, but a single point of origin. Its primary source was the Godwave, a burst of primal energy related to the Source and the Source Wall. It was believed to be the catalyst for magical energy permeating the Multiverse. 1

In the previous DC Continuities (Pre-Crisis, Silver Age, Post-Crisis, Modern Age) Magic was a Universal power accessible to those who understood it and can control it via technology, ancient lore, ritual/theurgy, or through direct manipulation of the magical energy itself. In the early universe, many races could manipulate magical energy and often employed its darkest chaotic aspects in their rituals.

Three and a half billion years ago a humanoid race from the world of Maltus sought to bring order to the stars. An offshoot of the race became known as the Guardians of the Universe. They sought to remove magic from the universe, and laid siege to the necromantic forces of the cosmos. The war was costly on both sides. The last to fall was the powerful Empire of Tears, finally subdued by the Guardians on the tombworld of Ysmault.

The tombworld of Ysmault, the demonic inhabitants of Ysmault and their final conflict against the Guardians agents, the robotic Manhunters.

The Endless are as old as the concepts that they represent, and although exact ages for any of them are unavailable (only relative ones are), they are known to have at least existed for far longer than life on Earth has. This is possible because of the existence of many advanced alien civilizations from long before the creation of the earth.

The Helm of Nabu used by Doctor Fate, the Tantu Totem used by Vixen and Sargon the Sorcerer's Ruby of Life.

The Source Wall, the fundamental barrier to the edge of the Multiverse. It is here that beings who attempt to understand the true nature of the Universe (by using the Anti-Life Equation, for example) are bound forever. It is believed this barrier is the source of all that there is, including magic in the Multiverse. 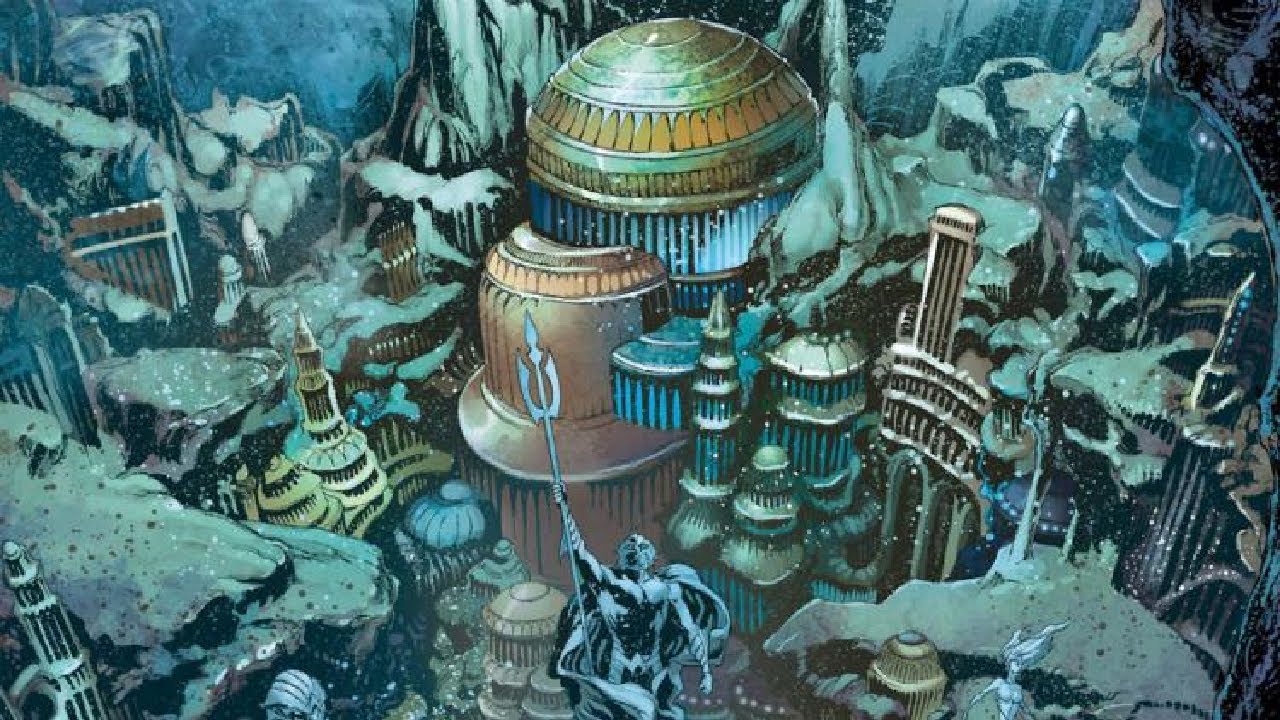 On the DC Earth, Atlantis is often considered the undisputed center of magical power on Earth. The ancient Atlanteans were powerful magic users and used it to rule the world for millennia circa 45,000 BC. (See: Arion of Atlantis, also see: Ahri-ahn)

In the DC Universe, the Homo magi originated on the lost continent of Atlantis. The continent was a focal point for unharnessed magical energies (wild magic), and the local Homo sapiens evolved into Homo sapiens magi as a result of their exposure to these energies. Upon the fall of Atlantis, people who carried the predisposition for magic were scattered to the four winds. Today, every human being capable of casting spells is a descendant of the Atlantean "Homo magi."

1: Whether this is still true in the New DC Multiverse has not been determined.

Barring the Godwave that is the meta origin for all superpowers in DC, at least before Flashpoint, there is no singular source of magical energy, because magic can be powered by pretty much any type of energy.

Arion the Atlantean sorcerer liked to use solar power, and once drained the Sun so badly he caused an ice age.

In "Agents of LAW" the bad guy powered a spell with Captain Atom's quantum powers.

In "Demon: Driven Out", a techno-alchemist powered his spells through his electrical socket.

Spellcasters can tap their own souls or the souls of others, make deals with third parties like gods or demons, tap into the innate powers of magic items or places of power, convert energy, or gather power through rituals ranging from tantric sex to bloodletting.

11
Are magic (and religion) just higher-level science in the DC universe?
5
What are the rules for magical duelling?
14
Is there an anti-magical material similar to DC Comics “Nth Metal” in the Marvel Universe?
7
Magical control of weather
3
What are the different countries whose magical heritage is shown in “Constantine”?
8
What is the source of this image of the Batcomputer?