Has Wolverine ever changed the silicon seals in his hands?

According to the 1991 Marvel Trading Cards set, Wolverine has "silicon seals" in his hands which "must be periodically replaced". 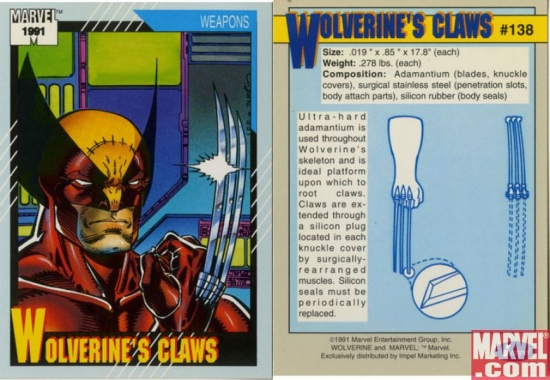 This card, however, is from before it was revealed that Wolverine had natural bone claws (see: X-Men 25 from 1993) and possibly* before the revelation that the claws were not exactly "implanted" as everyone previously believed (see: Marvel Comics Presents 72-84 from 1991)

The fact that the card mentions stainless steel penetration slots, and the idea that the claws are "attached" to the skeleton, coupled with the information revealed later brings doubt on the accuracy and reliability of anything on the card.

Have the supposed "silicon seals" been mentioned anywhere in the comics other than this card? Has he ever actually had to change them?

To be clear, I am looking for in-story mention, not just a mention in a reference guide. Some instance where the silicon seals are mentioned as existing or requiring maintenance.

* I can't find an exact release date for the trading cards, and it is likely that the cards were in production prior to the publication of Marvel Comics Presents. 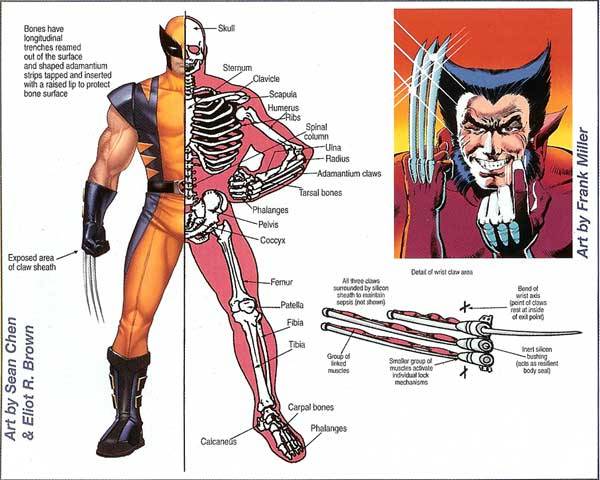 28
How exactly do Wolverine's claws come out?