Is the “Pale Man” from Pan's Labyrinth based on any mythological character?

I'm talking about this guy: 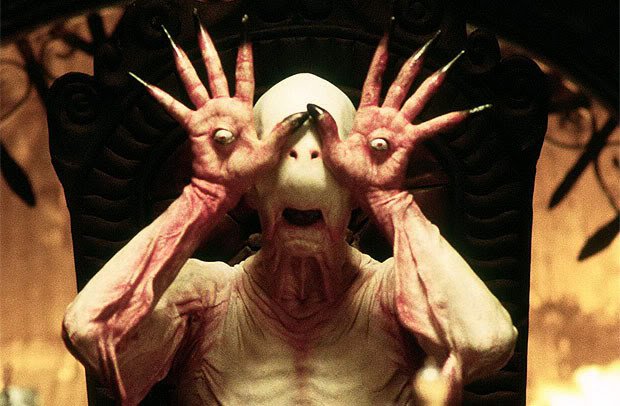 What I'm wondering is if there's anything like this guy in pre-existing mythology, or if he sprung entirely from Guillermo del Toro's nightmares.

From an Article titled "In his new book, 'Cabinet of Curiosities,' director Guillermo del Toro reveals the inspiration behind his monstrous creations":

For what’s considered his signature creation, the child-devouring albino demon Pale Man, del Toro started with an idea of an old man with sagging skin.

“There was also this thing that I had as a kid where manta rays freaked me out — because if you flop a manta ray on its belly, you can see a little mouth and two nostril-like openings but the eyes on another side, and I find them really creepy,” says del Toro.

“The idea in ‘Pan’s Labyrinth’ was it was going to represent the church, [so] I thought it would be powerful to use the hands with stigmata and then you put eyes on it. But although I had the idea and knew how it was going to operate, when we saw it on the set with the makeup on actor Doug Jones, everybody froze and we went, ‘Oh my God, this is amazing.’ ”

He was also heavily inspired by Francisco Goya's "Saturn Devouring His Son" painting.

Though the reference may not be intentional, the pale man is nearly identical to the tenome of Japanese mythology. 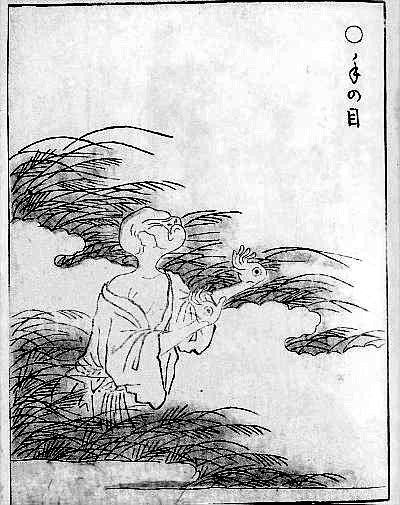 The tenome is a demonic ghost of a man who was blinded and murdered. Instead of having eyes on his face he has empty sockets (or none at all depending on the depiction) and instead has eyes on the palm of his hands. He sees by waving his hands in front of him as he walks. He is a vengeful spirit that chased down those that get too close and consumes his victims bones.

This is pretty gross but...

It bears more than a passing resemblance to this guy.

It is based off a Japanese mythological demon called Tenome

Not the answer you're looking for? Browse other questions tagged mythology pans-labyrinth or ask your own question.

12
What do the different creatures in Pan's Labyrinth represent?