Is there an in-universe explanation for Star Trek-era designs paralleling 20th century fashions?

I am generally the type of guy who thinks "because it's a TV show" is a reasonable and complete explanation for unexplainable elements in fictional works. However, given the tendency for Star Trek fans to find intricate explanations for anything that appears on-screen, I'm curious to know if this has been addressed:

Is there an in-universe explanation (or even just an in-universe acknowledgement) of the fact that the various eras of the Star Trek universe parallel the decades of their production in fashion and design? Put another way, why does the Kirk era look so much like the 1960's and 1970's, while the Picard era looks so much like the 1990's? Color palettes, hair styles, fashion design, technological layouts, all conform quite recognizably to the those of the latter half of the 20th century.

Now, obviously the real answer is "because it's a TV show made during that decade," and there is a tradition in the Star Trek universe of cultures randomly developing cultural similarities that may apply, but has anyone ever acknowledged or tried to explain in-universe why different centuries of the Federation seem to echo different decades of prior Earth history?

The so-called "Space Age Fashion" of the 60's took cues from astronaut boots and helmets, the one-piece g-suits worn by astronauts and sci-fi book covers. Heavy use of plastic materials were of course mandatory. In a sense, Star Trek fashion was only two steps removed from real-world space travel. In-universe, you could say that they're simply wearing what people have been wearing in space ever since the Mercury missions. 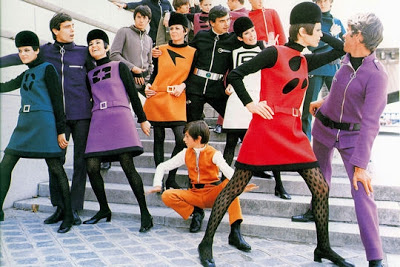 Romulan delegation on a charm offensive? 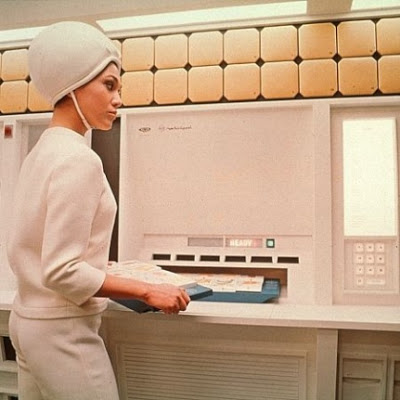 Food being prepared onboard the Enterprise? 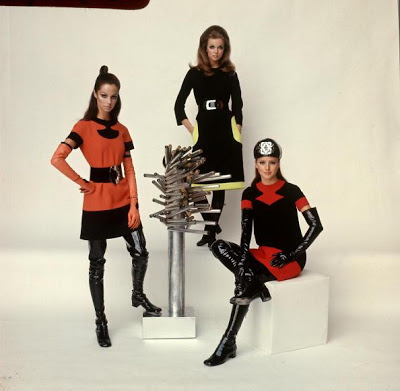 The bridge of the USS Fashion Statement? 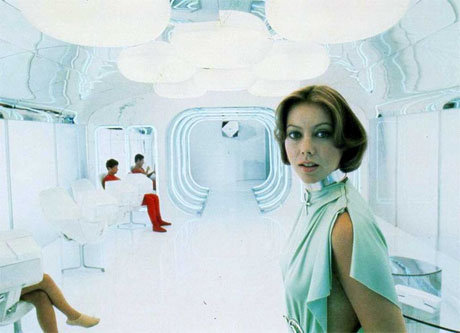 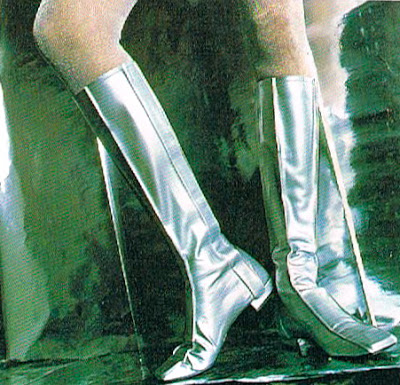 These boots were made for walking. On the moon. 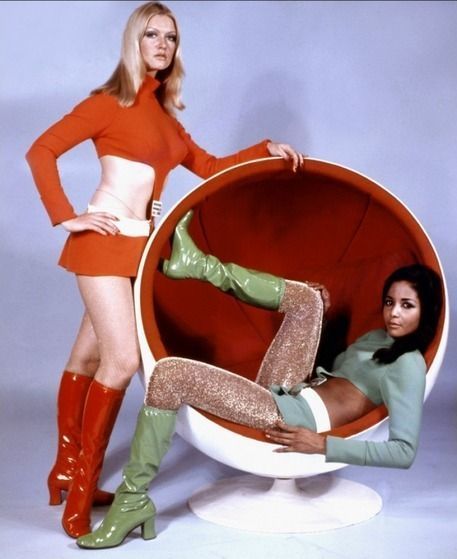 Interior design also had its "space age". This from a 1969 italian magazine.

There are a couple of reasonable explanations for this.

Who is to say for sure whether or not the style of the show was influenced by the current fashion styles, or was it the other way around?

Some things go out of style, and then come back again. What the crew on TOS and subsequent series wore wasn't exactly representative of the fashion trends of the time. The fact that their style has similarities is simply a coincidence and nothing more.

Not the answer you're looking for? Browse other questions tagged star-trek star-trek-tng production or ask your own question.