During the events of Episode 1, Darth Plagueis is still alive, although he is never mentioned or seen on screen (Plagueis wasn't killed until Palpatine was Chancellor). The Sith Lord we do see is of course Darth Sidious, his apprentice, who also had an apprentice, Darth Maul.

In the canon, does it mention that Darth Plagueis knew his apprentice had a secret apprentice of his own? Given the "Rule of Two", this would have been a nay nay to the Sith. Did he know and just not care or was this something he had no idea was going on?

If the expanded universe counts as canon to you...

From the Darth Plagueis novel and the Darth Maul Wookieepedia entry;

Though well trained in the ways of the Sith and a Sith assassin rather than a full apprentice, Maul was technically a violation of the Rule of Two because his own Master was at the time apprenticed to another, the Muun Sith Lord Darth Plagueis. Plagueis however, was fully aware of Maul's existence, and supported Sidious's decision to train him. The primary reason for Plagueis's support, despite the violation of the Rule of Two, was that Maul was trained to be expendable. As an assassin, he could perform high priority, boots-on-the-ground missions for the Sith without running the risk of exposing either Plagueis or Sidious should he fail.

A year after Maul was given over to the Sith, Sidious was granted permission from his own Master to train him as an apprentice. Plagueis, however, instructed Sidious not to give away their most treasured secrets to the Dathomirian; Maul was to be trained as a Sith assassin, not a Sith Lord like Plagueis and Sidious.1

No mention is made of Darth Plagueis in Episode I (either the film or the novel). His first mention is in Episode III (both the film and the novel) by Sidious recounting Plagueis' murder to Anakin. Since Maul was alive until Episode I and we only know that Plagueis died sometime before Episode III there is no way to confirm canonically that both were alive at the same time (it's quite possible they were, though, since the events of the two films are separated by only 13 years). In fact, there is no way to confirm from the films or novels that Sidious was Plagueis' apprentice, either -- though starwars.com mentions that Sidious was Plagueis' apprentice (see the caption for the first picture, of Sidious exiting a Lambda-class shuttle): 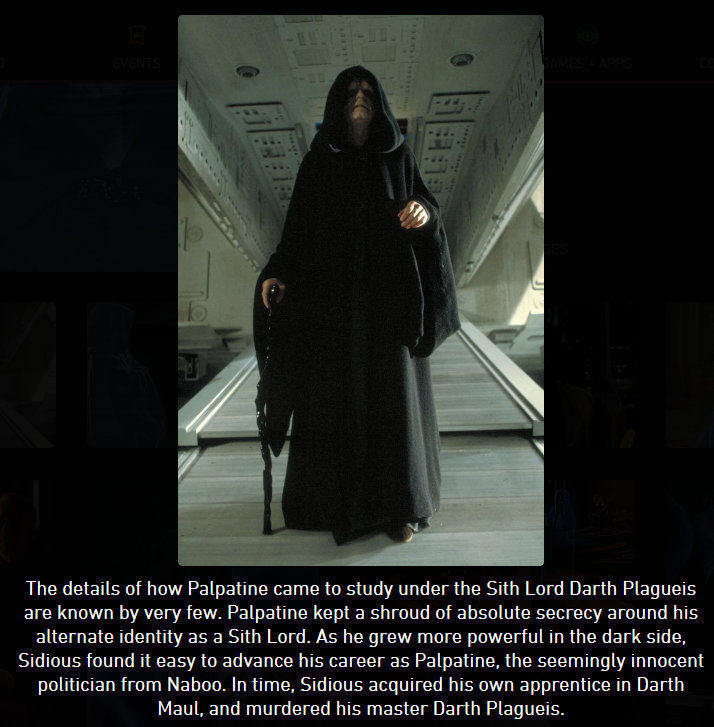 The text from starwars.com suggests that Sidious started training Maul and then murdered Darth Plagueis, but that doesn't tell us if Plagueis knew about Maul -- only that both were alive at the same time and there was a violation of the Rule of Two.

In Legends, we do know for sure that Plagueis (real name: Hego Damask) knew about Maul. On page 313 of the novel Darth Plagueis, Plagueis and Sidious are discussing plans and Maul comes up:

Plagueis shook his head. "I intend to see to him personally. Is the Zabrak -- Maul, as you call him -- capable of dealing with Alexi Garyn and his Vigos?"

"He will not fail us." [replied Sidious]

There are several other mentions of Maul in conversations between Plagueis and Sidious. Plagueis therefore knew about Maul and allowed Sidious to train him. On the other hand, Maul did not know about Plagueis. On page 315 Sidious is thinking to himself:

What would become of Maul once Palpatine and Damask assumed control of the Republic? he asked himself. As a secret weapon, he would continue to be useful, but could he ever be eased into public life? How would he react to learning that his Master answered to a Master?

Darth Plagueis also explains that Plagueis did not intend to follow the Rule of Two. On page 15 Plagueis kills his master Tenebrous and tells him

"Yes, Master, your death comes at my bidding. You said yourself that perpetuation with purpose is the way to victory, and so it is. Go to your grave knowing that you are the last of the old order, the vaunted Rule of Two, and that the new order begins now and will for a thousand years remain in my control."

In case you don't have the novel, Wookieepedia's article on Darth Maul has the following with a citation from Darth Plagueis:

A year after Maul was given over to the Sith, Sidious was granted permission from his own Master to train him as an apprentice. Plagueis, however, instructed Sidious not to give away their most treasured secrets to the Dathomirian; Maul was to be trained as a Sith assassin, not a Sith Lord like Plagueis and Sidious.

Canonically we can't be sure that Plagueis knew about Maul but in Legends it is confirmed that he did.

Darth Sidious was true to the rule of two. In the Clone Wars series he told Darth Maul that for taking Savage Opress as an apprentice he had become a rival and then proceeded to kill them both.

Sidious ordered Dooku to kill his apprentice Asajj ventress because she had grown too powerful for an assassin and posed a threat to his balancing act of pitting the Separatists and Republic against each other.

Palpatine planned to replace his one apprentice with another.

Palapatine also had Anakin kill Dooku to replace him as his apprentice in Episode III.

Sidious attempted to have Luke Skywalker kill Darth Vader to replace him as his apprentice. Vader wanted Luke to help him kill the Emporer which would still leave two.

I don't doubt that Sidious would lose the rule if it suited him (speculation), but his actions so far have been to uphold the rule.

Firstly darth plagueis if anyone remembers was going to abandon the rule of two. Read the book guys. darth maul was trained as an assassin true but plagueis knew he was there. they used him yes to do the grunt work so that plagueis didn't have to come out because at a certain point he was injured and Palpatine didn't have to expose himself because he was under cover in the senate. so there was no way for him to do anything to cause trouble. it was up to maul and plagueis. they needed the Decent in the Galaxy to get plagueis' plan to start and that's where the Taxation of Naboo started. it was all to get Palpatine into Chancellor.

I don't believe Sidious killed Darth Plagueis. He had the power to "cheat death". Plagueis was in the back ground waiting for the correct moment to expose himself. Sith will wait years for correct time to exploit there powers. PLagueis new everything that was going on with Sidious!

The Sith are liars and deceptive to the core. Darth Sideous could preach the rule of two to Darth Maul because Maul was unaware of Darth Plaguies's existence although Plagueis was aware of his.

46
What is the smallest object(s) that a Force user has manipulated?
6
Because of the Rule of Two, is/was Sidious the strongest Sith ever?
8
What are the statistics on conflicts between Sith masters and apprentices?

31
Are there too many Sith in The Phantom Menace?
32
Did Sidious really kill Plagueis in his sleep?
23
How do we know that Darth Plagueis was Sidious' master?
15
Did Anakin try to look for Darth Plagueis' apprentice?
22
Did Sidious have both Maul and Dooku as apprentices at one time?
6
Was Darth Maul part of the Separatist movement?
12
Why is Darth Maul on Naboo during the final battle?
20
At what point in the prequels is it revealed that Palpatine is Darth Sidious?