Are escape pods capable of warp?

In Voyager's Year of Hell, Part I, Chakotay suggests abandoning a very damaged Voyager and, using shuttles and escape pods, rendezvousing on the other side of Krenim space. 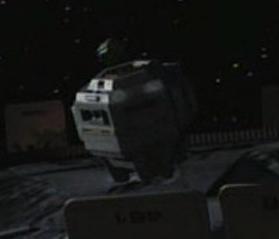 Assuming Krenim space is about 15,000 light years across (5,000 parsecs as per Memory Alpha), it would take many thousands of years to travel that far at less-than-light speeds.

So, do escape pods possess warp engines or other means of traveling FTL?

Yes, escape pods are capable of warp. This was established in the Next Generation episode Angel One (Memory Alpha).

Escape pods, also known as rescue pods, of the Odin were capable of traveling at warp 1 for extended periods. It took them 5 months and 14 days to reach the nearest inhabited planet Angel I in 2357. (TNG: "Angel One")

Top answer is incorrect. They specifically say in Angel One (TNG) that Odin's escape pods are "sub-light" for short periods. Sub-light meaning they can go just UNDER light speed, and therefore under warp. That's why it took them months to get to nearest habitable planet.

Not the answer you're looking for? Browse other questions tagged star-trek star-trek-voyager warp or ask your own question.

35
Are inertial dampeners a requirement for going to warp speed?
8
Why don't captains launch shuttles or escape pods at warp as a last resort weapon?
25
How fast can impulse drive propel a ship?
90
Was Voyager really significantly slower than the Enterprise-D?
12
How did Voyager encounter the Krenim so soon when Kes hadn't ascended?
32
Do Klingons have escape pods?