What Star Trek episode has a ship twisted by a wormhole?

I have watched almost all episodes of all Star Trek TV series, but I am unable to recall this scene: 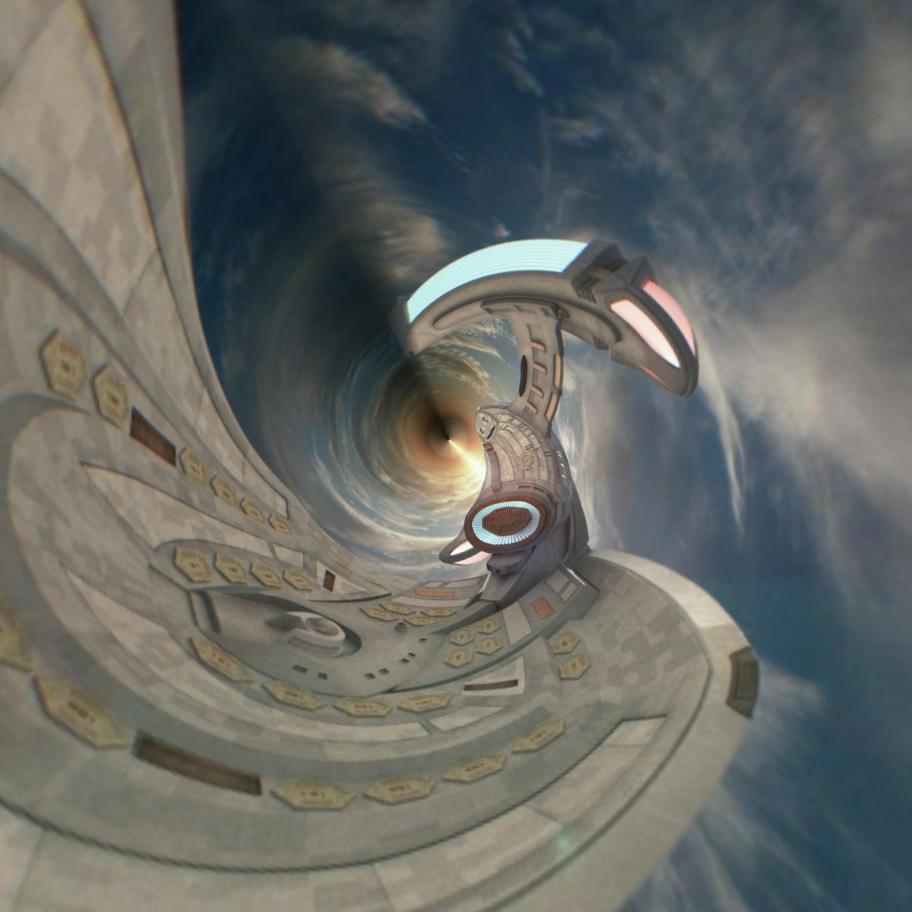 In the image, I can clearly see a Warp Nacelle which is twisted/warped by a wormhole or something.

I've located the original image. This ship is a concept art of the USS Archer, designed by senior Star Trek illustrator Rick Sternbach and hand-drawn by Yoshi Vu for the Star Trek Renegades fan series. 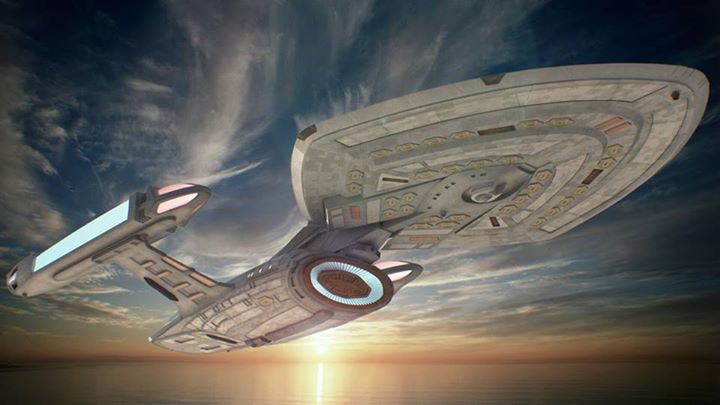 As such, this image is not a canon production. It appears that the original image has been distorted by another (unnamed) fan.

Major hat tip to @kapep for untwisting it.

This is not from any canon production. As has been discovered by other Experts, this is fan art - Art created by someone who was a designer for the series, but for a non-canon project. The rest of the post will remain in tact for historical reasons.

It should be noted that while the image is of a Sovereign class ship, it is not a particularly good one. There are errors. But the intersection of the primary and secondary hulls eliminate Intrepid class as a possibility for this ship. This is obviously fan art.

Another factor that prevents this from being Voyager is the lack of the Aeroshuttle on the underside of the primary hull, lack of the impulse engines on the nacelle pylons, the shape and color of the main deflector, and the addition of Dominion War era escape pods in a loose formation on the hull (they were more tightly arranged on the intrepid).

A key factor in identifying this as fan art is the low quality of the color of the image, lack of film grain (which while the ship was digital, the movies were mastered to film, and have film grain, at least in every version I have seen of them, including blu-ray), general low polygon count, incorrect nacelles and Bussard collectors, and the amateurish warping of the image. While not definitive by any means, the aspect ratio is not even close to the ones used in any of the films - the image has, at least in that respect, definitely been doctored.

As many of the other answers have already pointed out, the image posted is a fan art image.

However, at the title of the question I immediately thought of the Star Trek: Voyager episode "Twisted", in which an unknown energy field distorts the ship, and I thought I would mention it here in case anyone else was thinking of it or may find it useful.

I cannot find an image of the ship distorted from the outside, but here's a schematic of what the ship "looked like" to the people on board: 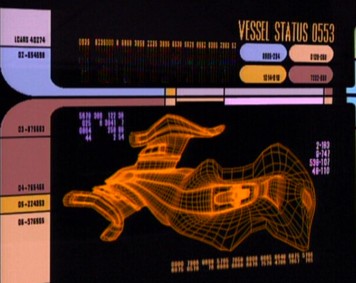 And the bar Sandrines, looking a little less than stellar: 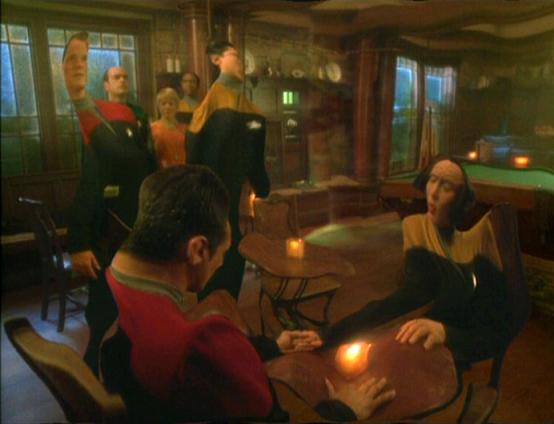 I can confirm it is fan art as both the radial fade that is the focal point of the background and the twist effect that is on the ship are both distinct features of the graphical editor Paint.NET - a professional wouldn't have left them so obviously recognizable.

Additionally, I believe the ship image is from a Sketchup Model.

Not the answer you're looking for? Browse other questions tagged star-trek episode-identification or ask your own question.

8
What is the “mirror” universe depicted in Star Trek?
7
Which Star Trek episodes were based on spec scripts?
24
Star Trek episode where old people have to die?
6
Who were the aliens in the “Star Trek: Enterprise” episode “Silent Enemy” (S01E11)?
8
Star Trek TNG episode where the Enterprise accelerates to the end of space in a short time
13
Was warp 14.1 the fastest warp in Star Trek?
5
Which Star Trek: The Animated Series episode deals with cyclic universe?
13
In which Voyager episode did the ship go to warp despite having sustained damage?
9
In Star Trek, prior to Discovery, has a ship been shown dropping out of warp from the outside?
5
Is the thin design of Romulan ships a vulnerability in Star Trek?