In what order should Justice League movies be watched?

What is the suggest viewing order for the Justice League animated movies?

The same Wikipedia link that you mentioned also has the answer to this. Most of the films before the Justice League: The Flashpoint Paradox doesn't share any continuity. Only few do, which are:

Justice League This continuity is based on the JLA (comic book) story lines published in 2000.

Justice League: The Flashpoint Paradox also works individually, but the ending set up a new universe similar to the comics. The film came after it severed the continuity and was called DC Animated Movie Universe:

This shared universe is based on The New 52 continuity.

Justice League: Gods and Monsters This universe takes place in an alternate universe and has no connection to any of the other films

Second season for Justice League: Gods and Monsters Chronicles was in works but shelved for now: 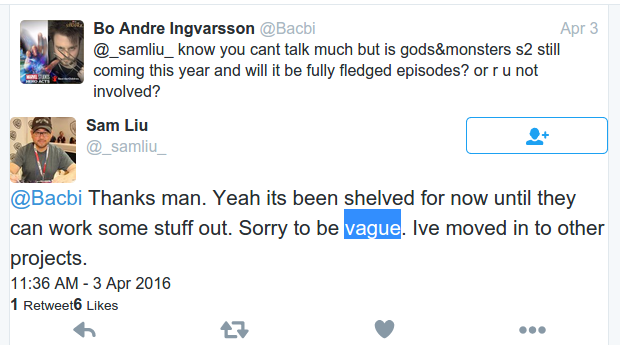 The rest of the films mentioned in that Wikipedia link are standalone and can be watched in any order.

As you might already know, there are five Batman animated films in the DCAU. But they sever the continuity to DCAU and the order of the rest of the DCAU shared here.

Prior to Justice League: The Flashpoint Paradox, these films were the only ones with shared continuity:

The other films prior to Justice League: The Flashpoint Paradox can be watched in any order, as they don't share continuity.

Justice League: The Flashpoint Paradox is the start of them building some continuity into these films, based on adapting the comic book Flashpoint event and their New 52 reboot. Watch that one then Justice League: War as it continues the story. The next film in this story hasn't been released yet, but will be Justice League: Throne of Atlantis.

You can watch Son of Batman and Batman: Assault on Arkham in any order as well, just note that movies released after The Flashpoint Paradox will sometimes be part of the New 52 film continuity. Also note that Assault on Arkham shares a universe with the Batman Arkham games, so if you are planning on playing those, you may want to hold off until you've played them. Specifically the 3rd one, Arkham Origins, as the story follows it (source).

I personally would watch JLFP after Throne of Atlantis just so that it makes a little more sense (apart from the credit scene). IGNORE

I have changed my mind. I have decided it makes more sense to watch JLFP before TOA as long as you believe that when Barry arrives into the new timeline it is after the events of JLW.

This design changes could be explained by the timeline changes. The different Flash suits make more sense (as he may have not made the New 52 Styled suit yet). Batman's suit is teen to have a blue colour to it. In Batman: Bad Blood, his suit gets lighter and gains the blue colour, which could be more evidence.

Not the answer you're looking for? Browse other questions tagged dc suggested-order dc-animated-universe justice-league justice-league-unlimited or ask your own question.

19
What is the proper viewing order of the DC Animated Universe?
3
What Films and TV make up the Current DC Universe?
-2
How to watch every DC property in perfect order?