In Star Trek TNG, why does everyone have plants at the head of their beds?

I've been noticing that everyone in Star Trek The Next Generation seems to sleep in a shrubbery: 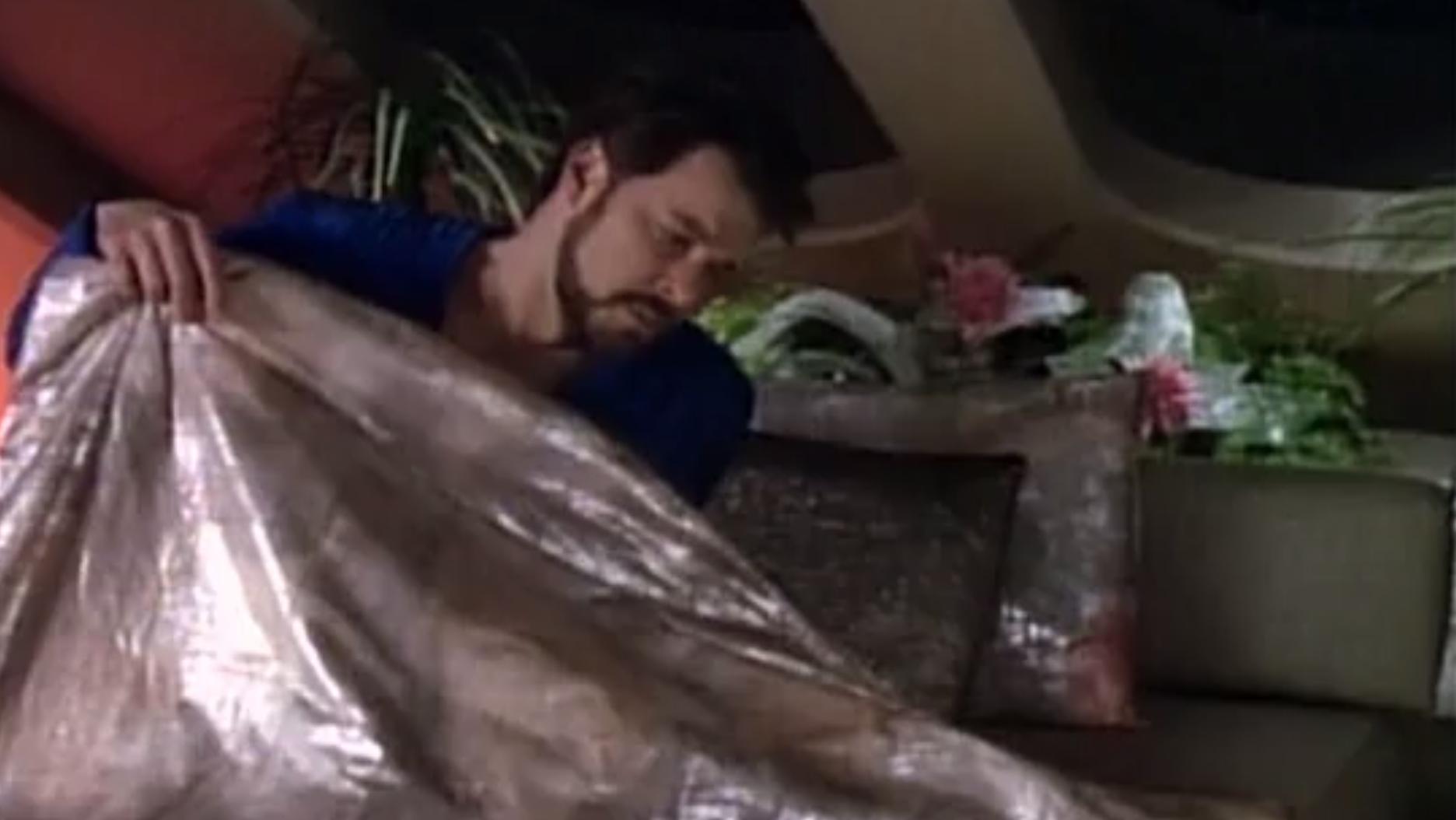 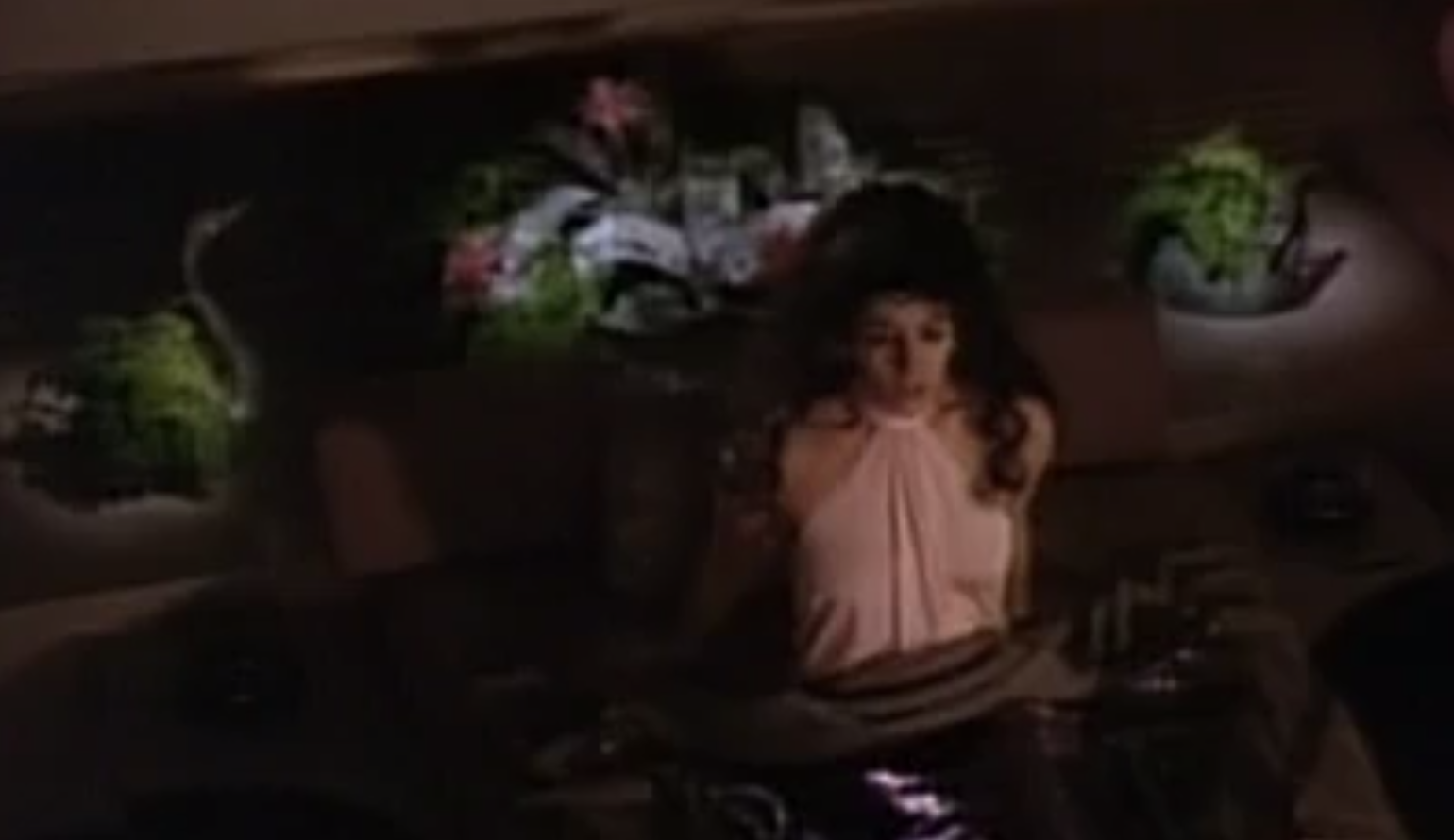 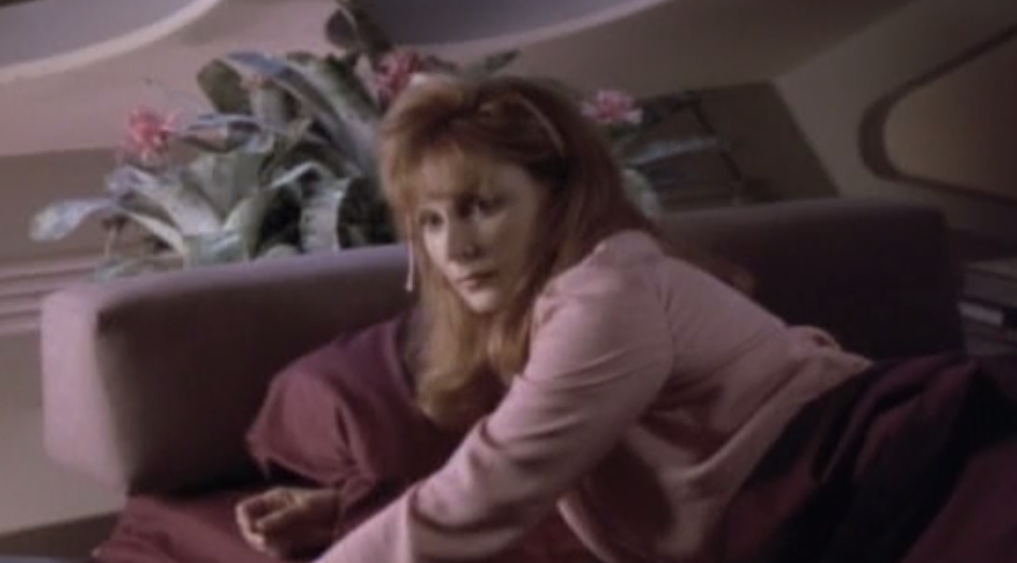 Notice in this image that the sill is void of nick-nacks except for the plant directly behind the bed (observation: I think it's literally the same prop used in the above two images). 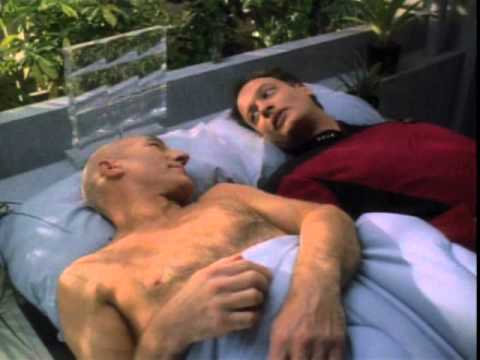 Is there a specific reason that everyone has plants at the head of their beds? Are they for decoration? Are they supposed to give you a little more oxygen when you sleep? I like how they're next to the window yet have to have their own little spotlight so they can stay alive.

In the 24th Century, you take your home with you

The Enterprise is not just a ship: It is the home for 1000 people. It is a little village in that regard. It is simply to give the appearance of a real traditional home.

Let’s face it, they are going to be living there for years on end: It is not as though they are on six month rotations, as current military do when they go to sea. Presuming the plants are native-ish to the crew member to whom the quarters were assigned, local plant life can bring a touch of home to their quarters.

As for their placement at the head of the bed, Star Fleet quarters have the bed butted up against the outer hull, which is curved along two axis. This leaves a lot of space that—failing plants and knick-knacks—would go totally unused. Also, consider these sets were designed in the 1980s and it exhibits wacky 80’s modernist style of putting plants everywhere.

It's also possible during the production era the plants were used to hide microphones. The bed sheets would have made a rustling sound, and a boom mic would have been awkward to hover above the bed, especially if certain camera angles were needed.

Also, the overall scenes would have suffered lighting issues without the plants. They reflect the light quite well as you can see in the screengrabs above, which is probably why they are spot-lit, without them they would need another source to lighten the scene.

They'll be fake too, so they would probably have used them in many other scenes too over and again.

Good value for money those plants.

Also out-of-universe—I have a degree in stage production—it is very likely that the senior officer’s quarters are all the same set, so the plants are just there.

Sets are very, very expensive. Moving the furniture, repositioning a wall (esp. one designed to be repositioned) and changing the carpet and sheets can turn Worf’s man-cave into something Troi would call “cute” in about 30 minutes.

Has anyone considered the angle that maybe spending 24/7 in a rather sterile spaceship can make you partial towards "little spots of nature" to reconnect with something "natural" and "organic"? In my experience humans who spend a lot of time cooped up indoors with nothing "green" in sight tend to try to compensate for this in some way. Think potted plants in the office. This might just be more pronounced/exaggerated on starships, don't you think? If you discount the Arboretum and the ("fake") nature on the holodeck, there's not much "nature" on the Enterprise. So maybe the crew tries to make up for that. That would also explain why plants seem to be such a popular gift in the ST:TNG universe...

It would also be interesting to see whether non-human crewmembers share the "plants by the bed" thing. Data acquires a bed at some point, but AFAIK he has no plants near it/ at its head. And what about, say, Worf? Do we ever get to see his bed, and does it have plants? Troi is half-human after all, so maybe human nature is a factor.

As to why the plants are near the bed: Maybe it's just convenient. (You see them every evening/morning, less chance to forget to care for them, if 24th century plants need watering/trimming/fertiliser. Since Keiko's orchids apparently recquire active care I think it is reasonable to assume that they do.) Or maybe it adds to the "view"? Space + plants = prettier than just space? Or it's a left-over affectation from the days of the good old Terran windowsill, as a classical plant-space? Or, a less "esoteric" reason: Starfleet regulates these things, and for some (possibly emergency-related) reason, plants may only be placed in certain parts of/places in your quarters.

I know that this question is old, but I just felt that this angle deserved to be mentioned.

Simple reprocessed air is stale, plants are a great way to not only purify it but add odor to it, think roses etc.

Perhaps in the 24th Century, humans have remembered that connection to the plant world is important. Maybe they just didn't explain it to 20th Century TV viewers because they knew they wouldn't be able to handle it. :)

I imagine that in a storyverse where one spends years of their lives without a day/night cycle, with your only windows opening up to the vastness of the void, plants may help stave off insanity by connecting an individual to a familiar biosphere.

11
Who tends the plants on Star Trek TNG?