Does Barry Allen remember his life in the prime DC Universe?

Since Flashpoint occurred, I've always wondered about this question. Since Barry basically created the Flashpoint universe and then reset everything by stopping himself at the end of the event. Does he retain all of his memories of his life in the prime universe? Moreover, since one of the very first things he did was visit Bruce, does Batman acknowledge that Barry is basically from an entirely different universe?

Yes, Barry has the unique distinction of having been at the center of the Flashpoint paradox. He may be the only person to remember first-hand what happened there. Will the memories be retained (or will he even want to remember) has yet to be determined.

Wikipedia confirms this in its Flashpoint entry: 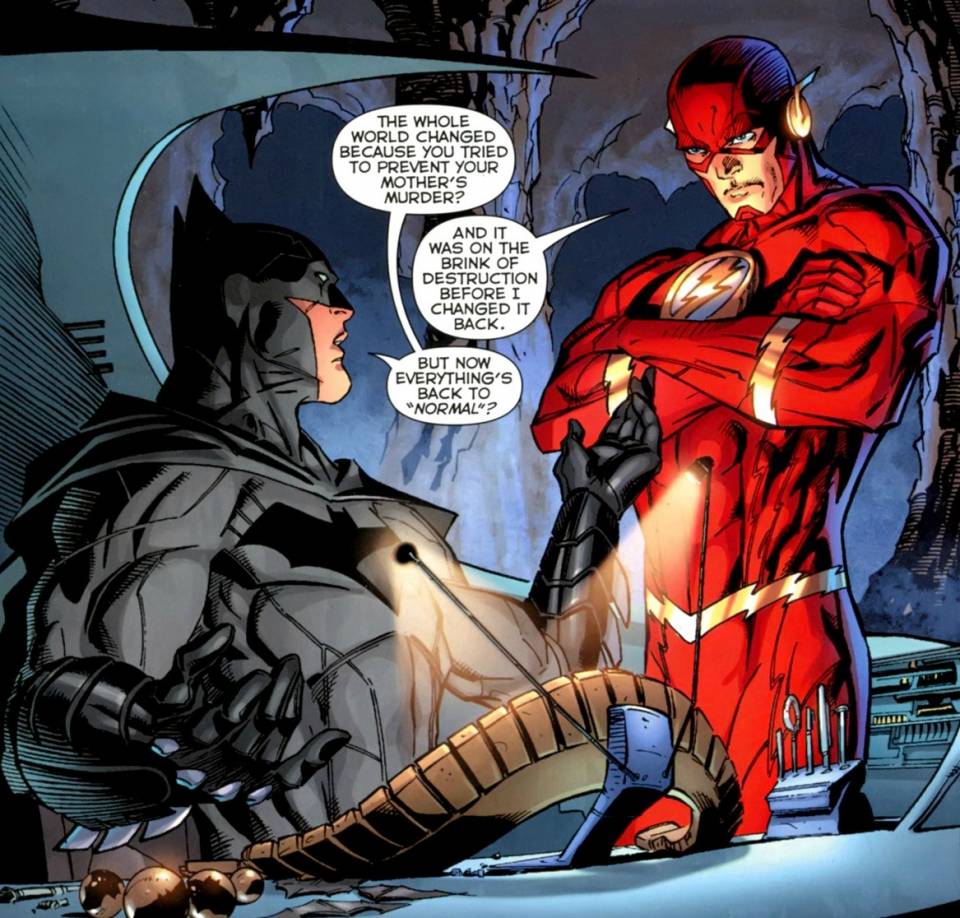 Yes, this means Batman knows there was a continuity other than this one. He has proof of the other continuity in the form of the letter from Thomas Wayne. Could the memories be recovered by magic, telepathy or super-science? We simply don't know. It is likely Batman is considering that right now...

5
In Justice League #1, why does Barry Allen act surprised when he learns of Batman's existence?

5
In Justice League #1, why does Barry Allen act surprised when he learns of Batman's existence?
3
Enemy worthy of Lady Shiva
18
Does any version of Bruce Wayne give him a Jewish background?
13
Did Barry Allen reboot the DC continuity in 2011 creating the DC Universe known as "the New 52?"
2
Does Barry Allen ever Possess a Blue-ish Lightning Streak?
9
In Flashpoint, how does Barry vanish before his mom could be killed?
3
What does Gideon say Barry Allen is the founding member of?
0
How can changes to the timeline affect just one universe?
3
Is there any indication that 2021's "The Batman" and 2019's "Joker" are in the same world?